“In those days, when King Achashveirosh sat on his royal throne which was in Shushan the capital, in the third year of his reign, he made a feast for all his officials and servants, the army of Persia and Medea; the nobles and officials of the provinces being present, when he displayed the riches of his glorious kingdom and the honor of his splendorous majesty for many days, a hundred and eighty days.

“And when these days were fulfilled, the king made a seven-day feast for all the people who were present in Shushan the capital, great and small alike, in the courtyard of the garden of the king’s palace. There were [hangings of] white, fine cotton and turquoise wool, held with cords of fine linen and purple wool, upon silver rods and marble pillars, the couches of gold and silver were on a pavement of variegated marble. The drinks were served in golden vessels of diverse form, and royal wine in abundance, in accordance with the king’s wealth. And the drinking was according to the law; there was no coercion, for so the king had established for every officer of his house to do according to each man’s pleasure.”


So begins Megillas Esther, the quintessential Book of Exile and – not inconsistently – the last book to be added to the Torah.

Why does it begin with a banquet? What’s the big deal about a banquet? And we know that all the food was kosher, because we are told “the drinking was according to the law; there was no coercion.” Rashi tells us (Megillah 12a) that Mordechai was there, supervising the cupbearers.

Why should a kosher banquet cause a decree to be promulgated against every Jew in the world? What is going on here?

We are living in dangerous times, and that is why this Megillah is needed for us right now. It is essential that we discern subtleties and see with clear eyes, because we are standing on a precipice and our very existence depends on knowing how close we are to the edge.

We recently read that when Moshe Rabbeinu ascended Har Sinai, a “cloud covered the mountain” (Shemos 24:15). Why was a cloud in close proximity to the Source of all light? It reminds one of the maxim concerning “darkness before the dawn.” This is obviously a general truism if it is found in the Torah. (Our sages compare the end of the exile to the darkness before dawn.) Why must there always be darkness before light?

I suggest this darkness represents the trials we must go through before we achieve closeness with Hashem. We are very attached to our place in this world. We have extremely tight affinities, even obsessive passions, for the things of this world. Our yetzer hara pushes us to love the objects of our desire. In order to come close to Hashem we have to break away from our attachments, our desires, our lusts, our love for “olam hazeh.”

This powerful gravitational pull toward material objects and the tension of trying to break away from it is the darkness that stands in the way of unity with our Creator.

Bonding with Hashem is the object of our creation. “Our sages of blessed memory have instructed us that man was created for the sole purpose of reveling in the Eternal and delighting in the splendor of the Divine Presence” (Mesilas Yesharim/Path of the Just, Chapter One).

One of the greatest dangers of Galus is that we are surrounded by the culture of nations whose entire way of life is different from ours. For example, our Sages say concerning Shabbos, “You did not give it, Hashem, to the nations of the world, nor did You make it the inheritance … of the worshippers of idols. And in its contentment the uncircumcised shall not abide, for to Israel, Your people, You have given it” (Shabbos Shacharis). They have no comprehension of what Shabbos is. 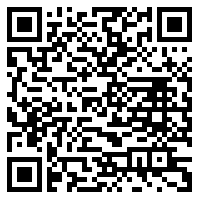