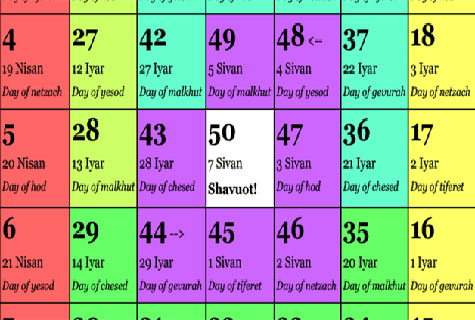 Hashem teaches Moshe Rabbeinu about the Yomim Tovim in Parshas Ki Sisa, just after the terrible scene with the Golden Calf. Hashem seems to be reassuring us, indicating that it is not “all over” between us, that the Covenant is still in effect.

“You shall observe the festival of matzahs: for a seven-day period you shall eat matzahs, as I have commanded you, at the appointed time in the month of spring, for in the month of first-ripened produce you went forth from Egypt” (Shemos 34:18).

And a little later:

“You shall make the festival of weeks for yourself with the first fruits of the wheat harvest and the festival of the bringing-in at the cycle of the year” (Shemos 34:22).

It seems that each of the Shalosh Regalim is associated with a particular phase of the harvest: Pesach with the “first-ripened produce,” Shavuos with “the first fruits of the wheat harvest” and Sukkos is the “festival of the bringing-in” of the harvest.

Other nations, lehavdil, also have “harvest festivals.” We were just in Azerbaijan, speaking to the Jewish community in Baku. Azerbaijan has a festival called Novruz on the first day of spring. Other nations celebrate May Day, a festival since pagan times in European communities. These holidays express happiness tied to natural phenomena.

But Am Yisrael is different. All our national and personal happiness ties neshamah and guf, soul and body, together. The aliyah of our soul is parallel to the aliyah of our body. The mitzvos elevate both the spiritual and the physical.

It is impossible to elevate ourselves in ruchnius without elevating ourselves physically.

One striking example is taharas hamishpachah, the laws of family purity. Every couple wants shalom bayis, a peaceful home in which the Presence of God dwells. We bless the chassan and kallah that they should be “re’im ahuvim,” loving friends. They are both part of one original body, after all, and they are trying to re-establish that state of “basar echad” in which they were created. And how does this process begin? With the mikveh, a physical place where both neshamah and guf are purified. Without the mikveh, husband and wife are not going to be effectively joined as one entity.

Similarly, a male newborn undergoes bris milah in order to purify his body to serve Hashem. So it is that we eat kosher food. So it is that our clothes cannot contain shatnez. So it is that in preparation for Shabbos, in the words of Lechah Dodi, we “don…splendid clothes” So it is that we follow the laws of modesty. So it is that a man wears tallis and tefillin, and at the end of our lives we undergo taharah before we are laid in the dust.

The Torah is constantly concerned with our physical conduct, which in turn has infinite ramifications for our spiritual welfare. We alone in the world sanctify our bodies together with our souls, and the Yom Tov cycle provides the framework for the physical aliyah that parallels the spiritual aliyah.

At Pesach we were freed from submersion in the idolatry of Mitzrayim. We ascended from the forty-ninth level of impurity and Hashem took us out, even though we weren’t ready yet to stand in His presence at Har Sinai. But Hashem obviously was looking at our potential rather than our reality at the time. But if He hadn’t rescued us then, there would have been no one to rescue, as we were about to sink to the level at which our connection to Him would have been severed forever, God forbid, and we could never have ascended at all. 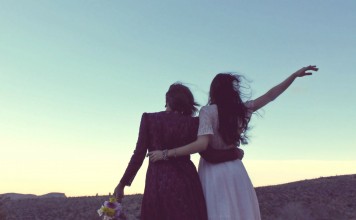 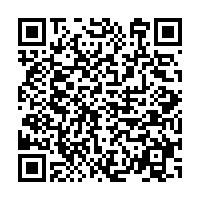