Search and rescue teams are still hunting for 22-year-old Or Ashraf of Lehavim, the sole Israeli still unaccounted for in Nepal after last week’s devastating earthquakes.

Ashraf’s mother Orit met a state-funded El Al flight carrying 229 stranded Israelis from Nepal landed Tuesday afternoon in Israel at Ben Gurion International Airport, hoping to see her son or someone who had information about him. Among the rescued trekkers on that flight were 15 babies, including three premies.


The death toll in Nepal following the quakes and hundreds of aftershocks has risen to more than 5,000, a Nepalese home ministry official said Wednesday. It is believed the figure could reach as high as 10,000 by the time search and rescue teams complete their work, said Nepalese Prime Minister Sushil Koirala.

Ashraf, 22, had recently been discharged from the IDF. He was last heard from by his parents a week before the 7.8-magnitude earthquake struck the region. He is believed to have been hiking in the Langtang region when the quake hit, but it is not clear whether he was alone or with others. Just before setting out on his hike, he told a friend in Langtang – Guy Yitzhak – that he might go alone.

So far, some 25 Israelis have already been rescued from the Langtang nature reserve, with another 30 waiting to be picked up some time on Wednesday.

There is a sense of urgency regarding those Israelis still awaiting rescue teams in remote areas and on mountain tops. There have been reports of violence against some Israelis and the helicopter teams by Nepalese in the mountains.

Approximately 70 Israelis have chosen to stay on in the country to help with rescue efforts, according to media reports. Forty others have been located but not yet reached due to their remote locations. 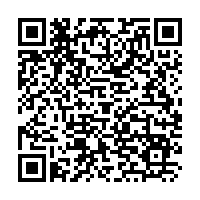