If the Shield of Abraham isnot real, then what is protecting us?

I recently heard a great rabbi say that one of the biggest lies in the world is “Sticks and stones can break your bones, but words can never hurt you.”

Think about that platitude: “Words can never hurt you.”

Are you kidding? Words can kill you.

Why are we in Exile today?

The Gemara tells us that lashon hara, words of unwarranted hatred, were literally responsible for the destruction of the Second Temple and the seemingly endless Exile that began at that time. Words – yes, words – sent millions of Jews into exile. An infamous dictator – may his name be ground to dust – spoke words of hatred which almost resulted in the complete annihilation of our people.

“Words can never hurt you”?

Words can cause endless pain, like a venomous stinger stuck under the skin. I know I am supposed to forgive, and I am trying, but I recall words that cause me intense pain years later.

My wife and I once spoke at a Shabbaton out of town. I was davening at a shul where they didn’t know me. I sneezed during davening, found some tissues and put them under the white cloth on the table in front of me. I was afraid to put them in my pocket, because there was no eruv and I worried I might walk outside with them after services, so I made a mental note to put them in the waste basket on my way out of shul. But before I had a chance to collect them, the gabbai stormed over to me.

“How dare you leave your mess, which I will have to clean up?”

I stared at him. What was I supposed to say? I was trying to act responsibly, and I got such a verbal smack from a person I never saw before in a shul where the rabbi had just finished a sermon about treating the many guests who were there that day as if they were family members.

That was long ago, and I am still shaking from those words.

Words are much more powerful than sticks and stones.

And so is the Shield of Abraham.

I remember the night of January 10, 1966, in Ann Arbor, Michigan. Here is how I describe it in my book, From Central Park to Sinai: How I Found My Jewish Soul:

When I awoke at 2 a.m., I was desperate. I saw a chasm opening in front of me, a pit from which there was no escape. I looked back on my life. I was twenty-three years old and we had been married just over two and a half years. Linda and I loved each other, but tensions were at the snapping point.

I felt as if my life were a long corridor, with many doors on each side. I had opened each door, hundreds of doors. There was a door for “hiking in the wilderness,” a door for “folk music,” doors for “toughness” and “coolness.” There was a door for “political activism,” a door to the psychiatrist’s office, a door for “writing poetry,” a door for “comparative religion” and “The Ethical Culture Society.” Each door had led nowhere, into a blank wall. Was there no door that led to truth, to freedom, no door to sunshine and happiness?

I began to cry. I was through. There was no future. I was dying. There was no place I hadn’t tried, no door I hadn’t opened. I was drowning. My life was ending. Can you imagine this feeling? There was nothing to live for. No hope.

I was sliding: down, down, down falling through space. And then, as I fell, a thought brushed by me. A little thought, a little voice, like a feather floating by in the midst of the void, a crazy little idea.

No, it couldn’t be true.

What else was there besides death?

All my life I had been raised as a good American boy. I went to the finest schools and met the most sophisticated people. Nobody normal believed in God. I mean, where is God? Maybe thirteenth-century monks believed in God, but that was the Dark Ages. What else did they have in life? But we live in reality. This is the twentieth century, the enlightened blossoming of world culture, the age of science and technology. We are liberated. I mean, just where is God? I don’t see Him. I can’t touch Him. 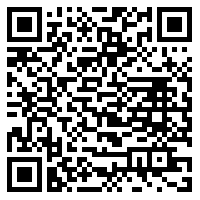