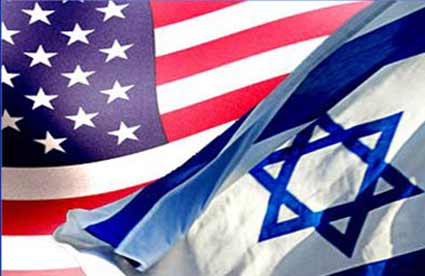 For two thousand years, Jews exiled from their homeland and lacking political sovereignty were easy targets for elitist rulers on the right and the pseudo-egalitarian mob on the left. When Emancipation came and Jews exited the ghettos, Jewish self-made pitfalls were no less horrific, as many embraced the trendy “isms” of secular society only to spiritually assimilate and disappear from history. Yet despite the persecutions, on the one hand, and the enticements of some host countries’ cultures, on the other, the Jewish nation lives.

How did Jews politically survive in the lands of their dispersion despite statelessness and dependency? How were the terms of their struggle transformed in the era of official political and social equality that came in the wake of the European eighteenth- and nineteenth-century Emancipation? Tracing this trajectory further, what political strategies emerged in an increasingly secular America, where Jews defined themselves more as a “people” than as a religion? With the creation of Israel and the trappings of a sovereign state, how did power replace powerlessness for the one nation more than any other branded as a pariah?

Though these are weighty questions all deserving book-length answers in their own right, certain basic traits enabled the Jews to master all of these epochal challenges. Ingenuity, inventiveness, improvisation and guile were the skills with which they triumphed over the threatening political environment. When this adaptation succeeded, those Jews who were inventive enough remained alive for another day, not merely as survivors but as actors in God’s plans.

Hebrew University’s Eli Lederhendler described Jewish political behavior in that milieu: “Ideologically, Jews viewed pragmatic efforts to maintain the security and stabilities of their communities as consistent with, and therefore legitimized by, their belief that their own efforts mirrored a divine plan for their people.”

Jews in the lands of their dispersion survived not because of brotherly love or “multicultural” accommodation but also by making themselves useful or by providing needed services. Often they were wards of their rulers. When Jews depended on local gentiles who held power, they used this relationship optimally, whether as artisans in Spain’s Golden Age or as tax collectors in Poland or as bankers in Austria. For their contributions, the trade-off was that Jews were protected by those in power.

But it remained a dependent relationship with Jews never knowing when their powerlessness would be exposed by pogroms, expulsion, or gas chambers. Strategically, Israel’s record among the nations also was marked by improvisation, schemes and feats of daring. Agricultural training programs in third-world Africa, international medical rescue missions, programs of cultural diplomacy, fighting United Nations “Zionism is racism” resolutions and such were designed so that some tacit international political acceptance, i.e., legitimacy, would replace political isolationism.

Despite the rise of nationalistic sentiment in early twentieth-century Europe, liberal Jewish thinkers found this Jewish powerlessness not a vulnerability but a blessing. Ruth Wisse painfully showed in her 2001 essay “The Brilliant Failure of Jewish Foreign Policy ” how pleased they were “with the sense that their ethical national identity had been purified of the dross of politics.”

To these upstanding global citizens, the translation of politics into social ethics represented a giant step in human progress.

Thus, Wisse noted, Hermann Cohen, the main spokesman for liberal Judaism in that period, maintained that with the destruction of the Jewish state in 70 CE and the end of the political center of gravity in Jewish history, “the development of the Jewish religion alone has to be presented as the driving cultural force…. Religion must become politics insofar as it ought to educate the citizens on the duty of love of humanity.”

Similarly, the eminent Russian Jewish historian Simon Dubnow argued that the Jewish nation had reached its high level of humanity as a result of its being removed from national politics for some two millennia. This progress showed that Jews had transcended an “egotistical” dimension of power and could sustain national unity through institutions of culture.

According to Dubnow, “A nationality which lacks a defensive protection of state or territory develops, instead, forces of inner defense and employs its national energy to strengthen the spiritual and social forces for unity.”

In the modern period, liberalism has served as the Jewish political religion. Whether in the United States or in Israel, taking the liberal side was considered as more moral, more humanitarian, more in sync with the strategy of how a minority can be best accommodated and cultivate goodwill. (Accommodation, as in medieval times, continued as the Jewish political goal.) 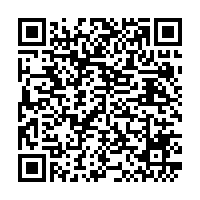