Home InDepth Front Page Symposium: Palestinian Shame, Jewish Guilt
Share on Facebook
Tweet on Twitter
Why did the Palestinians utilize a democratic experiment to elect Islamofascists? And why are Israeli leftists using the occasion to paint the new rulers of Palestinians as forces of social justice?
Discussing these and other questions relating to Hamas’s takeover of the Palestinian Authority are Kenneth Levin, a clinical instructor of psychiatry at Harvard Medical School, Princeton-trained historian, and author of the book The Oslo Syndrome: Delusions of a People Under Siege; David Keyes, who assisted a former Israeli ambassador to the UN, specialized on terrorism at the Jerusalem Center for Public Affairs and recently returned from the Middle East where he co-authored academic papers with the former UN ambassador and the former head of Israeli military intelligence research and assessment; and David Gutmann, emeritus professor of Psychology and Behavioral Sciences at Northwestern University Medical School in Chicago.

In July 2000 in the Camp David talks, Israeli Prime Minister Ehud Barak offered the Palestinians 95 percent of their negotiating demands, their own sovereign state in Judea, Samaria and the Gaza Strip, more than 90 percent of the West Bank, and a capital in Jerusalem.

Instead of choosing peace and their own state, the Palestinians decided it was a better idea to strap bombs onto their children and send them into Israeli buses, cafés and discos to blow themselves up alongside innocent Jews. Palestinian kids detonated themselves into smithereens while their parents cheered in ecstasy from the sidelines, proud that their children had become shahids (martyrs).

Then, as this madness ensued, we did all could to engender a democratic experiment among the Palestinians, hoping that democracy would free them from their addiction to mass death and suicide. They finally got a democratic process. They took it and elected Islamofascists.

Let me ask you a two-fold question: What pathologies spawn a death cult like this? Many on the Israeli Left have taken the occasion of the Hamas victory to paint Hamas – which has vowed to exterminate Jews – as some kind of social justice party that is concerned with peace and the common welfare. This is just as obscene as the psychology of Hamas itself. What gives here?

In voting for Hamas, did the Palestinians opt for war and death, or for war and victory? I contend that they always opt for victory, but because their grandiosity leads to overconfidence and under-preparation, they end up with defeat.[T]he Palestinians had goodreason to be optimisticwhen Arafat led them into the Al Aksa intifada. Then, Israeli society was split between rather ineffectual hawks and peace-at-any-priceniks, and Israel’s borders were terribly porous to suicide bombers who struck almost every day.

Meanwhile, the Jewish state was condemned – also on a daily basis – by the UN, the Brits and the Europeans. Worst of all, the IDF had recently and for the first time run away from an enemy force: it had bugged out of Southern Lebanon with Hizbullah right behind it, leaving weapons, intact military installations and unprotected Christian allies in its wake.

Given this background, the Barak/Clinton offer of East Jerusalem and almost all of the West Bank was not welcomed by Arafat as a token of Israeli generosity, but as evidence of terminal Israeli weakness: “The Jews are beaten, they are suing for peace. If Hizbullah could chase them out of Lebanon, then Allah willing my Fatah boys can chase them from all of Palestine.”

It took the election of Sharon, Operation Defensive Shield, the PLO’s crushing defeat at Jenin, and Arafat’s house arrest in Ramallah to temporarily correct this grandiose, essentially paranoid delusion. But only for a short while: Islamic dreams of slaughtering a cowardly, effeminate enemy can be temporarily refuted by reality, but they die hard. They flourish again when, in Arab eyes, the enemy reveals some shameful weakness. 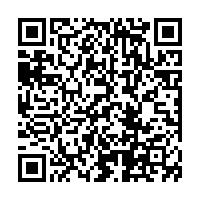