Is the road map a map to peace or is it actually a threat to Israel’s security?

Plaut: The road map will fail because it is based on a total misunderstanding of the Middle East conflict and because it does not even begin to address the true underlying causes of that war. The true underlying cause of the Middle East war is Arab aggression and imperialism, Arab refusal to accept Israeli existence in any set of borders whatsoever. It is the Arab view that all land controlled by Israel anywhere, including Tel Aviv and Haifa, represents illegal ‘occupation’ that must be corrected through exterminating Israel and its population.

All that the road map will accomplish will be to encourage Arab irredentism and to discourage any Arab willingness for compromise. It rewards decades of Arab aggression and years of Palestinian atrocities. It hands the Palestinians payoffs for a decade of post-Oslo violations of every single punctuation mark in every single agreement to which the PLO agreed. It rewards Palestinian savagery and encourages more of it. It forces Israel to relinquish lands and withdraw to indefensible borders…. When Israel held no ‘occupied territories’ and ruled no Palestinians, the Arabs repeatedly attacked Israel and attempted to annihilate it and its population, including in 1967. Why should anyone believe the Arabs would behave differently now if the world recreates the situation that existed before 1967?

Spector: I don’t know whether the road map is a threat to Israel?s security. Prime Minister Sharon, who supports a Palestinian state, said in Aqaba that self-government could actually enhance the security of Israelis. And statehood has become an explicit element of U.S. policy under President Bush — a lesson happily learned from the failed Oslo process. I think, but am not sure, however, whether a more important lesson has been learned — that the root of the Mideast conflict is the unwillingness of Israel’s neighbors to accept the legitimacy of a Jewish state in the region. Though President Bush made reference to a Jewish state at Aqaba, it’s not clear yet at what stage of the process Palestinians will have to drop the demand for refugees and their descendants to have the right to live in Israel. It’s also not clear yet whether the U.S. will be uncompromising on sidelining Yasir Arafat, dismantling the terrorist infrastructure and ending incitement. What is already clear, is that the other members of the Quartet are unlikely to be — and would be perfectly comfortable with the idea of imposing a terrorist-harboring state on Israel’s borders.

Elon: Surely I agree with Professor Plaut. However, in the final analysis, the issue is not who gains from the plan and who pays the price, but rather will the problem be solved, and will we be reaching the end of the conflict. The road map does not touch the real problems at all. It does not solve the issue of the refugees, not those in Judea, Samaria and Gaza, and not those who are scattered around the world. It gives the Palestinians again the illusion called “a Palestinian state.” Why is it an illusion? Since it would be a pseudo-state, without economic viability and real sovereignty. 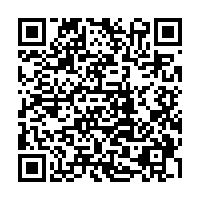