Editor’s Note: Rabbi Yehuda Amital was born in Romania in 1924. The Nazis sent 19-year-old Yehuda to a labor camp and the rest of his family to Auschwitz, where they were all killed. Liberated by the Soviet Army in late 1944, Yehuda made aliyah to Israel, where he studied at the Hebron Yeshiva, receiving semicha from Rabbi Isser Zalman Meltzer, whose granddaughter he married.

Having served with the Haganah and later the Israel Defense Forces, Rabbi Amital was instrumental in the formation of the hesder yeshivot, which combine military service with Torah study. The founder of Yeshivat Har Etzion and the Meimad Party, Rabbi Amital died in 2010 at the age of 85.


With October 6 marking the 40th anniversary of the outbreak of the Yom Kippur War, the following account of Rabbi Amital’s activities during and following that period is both timely and inspiring.

During the Yom Kippur War and its immediate aftermath, Rav Amital would travel from base to base, visiting his students. His frequent visits brought him into close contact with senior IDF commanders, and soon after the war he was asked by the upper command echelons of the IDF to be the rabbinic liaison between the army and the hesder yeshivot. The military even allowed him unfettered entry, in uniform, into IDF camps.

In the context of this role, Rav Amital often met with General Staff officers, especially the heads of the Manpower Directorate, whose role included responsibility for the military service of hesder students. Rav Amital developed warm relationships with nearly all of them.

After the Yom Kippur War, the IDF viewed hesder students as a significant pool from which to replenish the battalions depleted by the war. The many hesder students who took part in combat made a very positive impression on the chain of command, and the army began pressuring them to extend their military service and to become commanders and officers, an option that until then had not been available to hesder students. The military brass agreed to open an officers’ course, shorter than the regular officers’ course, especially for hesder students.

Rav Amital was instrumental in creating the special course for yeshiva boys. During his military service, R. Yehoshua Ben-Meir, founder and rosh yeshiva of the Shvut Yisrael hesder yeshiva in Efrat, got to know the commander of the IDF Armored Corps, General Moshe “Musa” Peled. Rav Ben-Meir described how Peled was angry with him for introducing him first to rabbis who opposed opening the officers’ course for hesder students and not immediately to Rav Amital, whom he discovered to be “an amazing Jew.”

Over the years, Peled and Rav Amital developed a deep and meaningful relationship. In December 1978, the day before completing his task as commander of the Armored Corps, he wrote to Rav Amital: “I received a lot of help from you – more than you can imagine: spirit, faith, tenacity, friendship, and love of the people and the land…”

Brigadier General (Res.) Maxie Ben-Ner served as the head of the Manpower Planning Division of the IDF’s Manpower Directorate. He recalls that Rav Amital did more than coordinate the yeshiva students’ officers’ course with the army; he obtained consent for the creation of the course from other roshei yeshiva:

“We convened the roshei yeshiva to discuss the issue. Defense Minister Shimon Peres participated as well. At the beginning of the discussion, Peres asked me to present the issue, but I asked Rav Amital to do it. He said, ‘We met with the Manpower Planning Division, listened to their needs, deliberated, and decided that we could not remain apathetic and that we must step up. We express our consent for the expansion of this course and for enabling our students to become officers and commanders.’ At the time, the course was defined as a temporary measure due to extenuating circumstances, but it took root and continues to this day.” 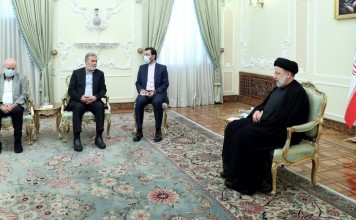 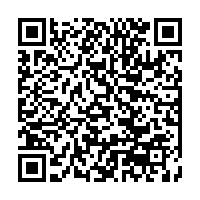