WASHINGTON – Israeli Prime Minister Benjamin Netanyahu, in a blunt speech to the United Nations General Assembly on Tuesday, warned that Israel was ready to go it alone against Iran should it come close to obtaining a nuclear weapon.


The warning came one day after Netanyahu met with President Obama at the White House and again sought assurances that the United States would continue to tighten the screws on Iran even as the two countries had their highest level of diplomatic engagement since the 1979 Islamist Revolution: a 15-minute phone call last Friday between Obama and Iran’s newly elected president, Hassan Rouhani.

Netanyahu in his meeting with Obama told the U.S. leader that a two-pronged strategy of crippling economic sanctions and a credible military threat was the only way to peacefully resolve the standoff. Obama seemed to get the message.

“I’ve said before and I will repeat that we take no options off the table, including military options, in terms of making sure that we do not have nuclear weapons in Iran that would destabilize the region and potentially threaten the United States of America,” Obama told reporters Monday.

Netanyahu’s General Assembly speech was devoted almost entirely to exposing what he said was Rouhani’s “ruse” in presenting a more “smiling” countenance to the West and offering to reach an agreement.

His accusations were met with a fiery response from Mohammad Khazaee, the Iranian ambassador to the United Nations, who insisted that his country’s nuclear program was peaceful and delivered a warning of his own.

“The Israeli prime minister had better not think about attacking Iran, let alone planning it,” he said.

Despite such tough exchanges, there were signs Netanyahu was resigned to a diplomatic initiative. He repeatedly qualified his call for dismantling Iran’s nuclear program with the words “military” or “weapons” – an apparent nod to the fact that any diplomatic solution is likely to preserve Iran’s right to a civilian nuclear program. He also explicitly embraced diplomacy, as long as it resulted in a comprehensive deal.

Those caveats reflected the major differences that remain between Obama and Netanyahu on the Iran issue.

In his UN speech, Netanyahu laid out four requirements for a comprehensive deal; two of them – an end to all uranium enrichment and the removal from Iranian territory of all uranium stockpiles – are unlikely to be embraced by the West.

Western powers reportedly are ready to allow Iran to enrich at 3.5 percent – less than the 20 percent it now enriches and well short of the 90 percent required for weaponization.

Netanyahu’s two other requirements were the dismantling of infrastructure necessary for a so-called “breakout capacity” – including the underground facility at Qom and the advanced centrifuges at Natanz – and the stopping of all work at the heavy water reactor in Arak.

David Makovsky, an analyst with the Washington Institute for Near East Policy, a think tank with close ties to the Obama and Netanyahu governments, said such differences were less significant than the fact that Iran, Israel and the United States are all proclaiming support for a comprehensive deal.

Pompeo in Samaria: The Real Estate Matters. The Land Matters. 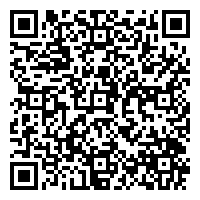