Ralph Peters is a jack of many trades and master of them all. He is a retired U.S. Army lieutenant colonel, a writer of both fiction and non-fiction (his newest novel, “Hell or Richmond,” set during the Civil War, has just been released) and a military analyst.

A columnist for the New York Post since 2002, Peters has written for USA Today, The Wall Street Journal, The Washington Post and numerous other publications. He also serves as a Fox News strategic analyst. The Jewish Press spoke with Peters on a variety of issues.

The Jewish Press: Which of the several scandals swirling around the Obama administration do you feel will have the most resonance with the general public?

Peters: Each scandal is important in its own way. To me it’s neck and neck between whether the Benghazi scandal, with its implications for national security, or the IRS scandal, with its fundamental corruption of the government, is more powerful. But I suspect the scandal that may have the most lasting impact is the surveillance of the Associated Press because that’s the one that really hit the media. They have given Obama a pass on everything for the last five years now and suddenly they’re turning critical. We’ll have to see whether that critical stance, which is what the press is supposed to provide for our country, endures.

There are those who feel Americans will only really face up to the dangers of Islamic terrorism if, God forbid, there are more terrorist attacks committed here. Do you agree?

Unfortunately, yes. Until the terrorists go after the American educational association, the national press and academia, they’re probably never going to respond. Most Muslims on a day-to-day basis are just trying to get through the day and pay the bills. But we have to recognize that Islam is a cult that exploded. From the very beginning Islam was born in fire and won by the sword.

The politically correct notion is that Muslims are somehow better than Jews and Christians because they’re poor and oppressed. Well, the Islamic world of the Middle East is poor and oppressed because Arabs have done it to themselves.

Arab civilization is in collapse. You look at the trillions of dollars of oil money, and there’s not one worthwhile university to which you want to send your children in the entire Middle East. Where are the factories and productivity? Where are the universities, the hospitals? Where is a humane and decent society? A couple of expensive shopping malls and hotels are not a civilization. This is an entire civilization that in the 21st century not only cannot build a competitive automobile but cannot build a competitive bicycle. And they are enraged and jealous. Jealousy is a strategic factor. A fundamental reason why Israel is hated so viscerally isn’t just old Jew hatred. It’s because Israel succeeded.

Doesn’t much of Jew hatred simply boil down to jealousy?

Yes, certainly it does. If you look at [Germany] before World War II, the science, the culture, the education system, were enriched immeasurably by Jews – the authors, composers, scientists, doctors. And what did the Germans do? They give the world the Holocaust. Well, look what happened to Germany after World War II. What has Germany produced in the last half century? Gummy bears and automobiles. The culture’s dead.

In the United States if there is any immigrant group per capita that has contributed the most toward our society, it’s the Jews. As a non-Jew I say that if you attack Jews, you’re killing the goose that laid the golden egg. They make it all work. I look at Jewish Americans and think wow, we are lucky. We should have invited more in earlier.

Then look at the Arabs. For centuries they have achieved nothing. And here’s this irreplaceable, incandescent, tiny little state of Israel, starting literally from dirt with homemade tools and homemade weapons, that can rival any in the world in its productivity and its creativity. It’s humiliating for the Arabs. 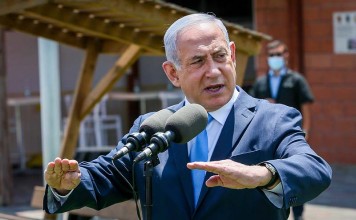 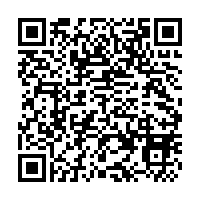