One Jewish respondent spoke of playing ball together with Chinese neighbors and going over to visit each other. It appears as though there’s very little conflict between the two communities. Because the Jews are more Americanized, one suspects they will have greater rapport with the artsy and yuppie types who have been moving there recently. In fact, some of their own children may be, and indeed are, sometimes in the same communities. Nonetheless, there are a few second-generation Chinese who have become part of the art scene, though this is probably less the case with the Chinese than among the Jews.

If one wants to see ethnic contact, social progress, and true turf sharing in New York City, the experience of a Hebrew charter school in Brooklyn is a perfect case in point. The Hebrew Language Academy, housed in a yeshiva, has children attending from many nationalities. The school’s program emphasizes Israeli culture and Hebrew, but the students are also taught about Christmas and Ramadan. The student body is one-third black, with a sprinkling of Hispanics. With regard to religion, it is made up of Jews, Muslims, and Christians.

What’s remarkable is that Aalim and Aalima are Muslims. And the school they attend not only teaches songs about Israel, but it also displays the Israeli flag throughout the building and celebrates Israel Independence Day as part of its cultural program. That’s a lot more than your usual musical and culinary outreach programs with groups that have ethnic or racial tensions.

I’m walking up East 167th Street around Grant Avenue in the South Bronx on a Friday afternoon in late May 2010 when suddenly I see a chassidic-looking man leaving a school building. Of medium height, he is wearing a large black skullcap and has a pretty substantial, graying beard. And his tzitzis are hanging out on each side of the shirt at hip level.

I catch up to him and quite spontaneously ask, “What’s a religious Jew like you doing here?” “Me? I work at the school up the block, Middle School 22.”

“Really,” I say, thinking to myself that he doesn’t look too big or tough, and as an Orthodox Jew, in this rough part of town, in a middle school, the kids must run all over him. How can he understand their life and culture, so different from his own?

“How are you able to control them?” I ask.

It turns out I’m wrong on most counts.

“Why not?” he answers, smiling. “I treat them like human beings. I’ve never had any trouble.” “Do they ever say anything about how you look?”

“Not really.” He gives a quick laugh. “Given the way people dress around here – I mean, the African Muslims with their skullcaps, beards, and robes – I actually fit in pretty well. I’m just another weird dresser. Up here anything goes. In fact, very often they don’t even realize I’m Jewish.”

“But what about the parents, particularly those who are Muslim?” I persist.

“I’ve never had a problem with them. They’re very respectful. They just want their kids to get a good education. The problems for the kids are often their difficult home situations, but personally I get along great with them. I deal with behavior, not religion. I love the kids and I love watching how they progress. I never take lunch, because I’m so busy resolving problems and I’m here from eight to five.

“The only issue for me is the traveling. I have to come here all the way from Crown Heights by subway.” 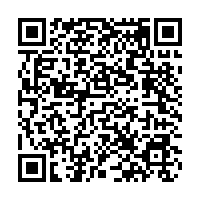