Earlier this year I visited this marvelous home for people who do not think of themselves as old but as older than most. It was not the first time I was there, but having been impressed with it initially, I spent a long weekend there this time.

In one of my talks to the residents, I mentioned Rabbi Telushkin’s take on the nature of Abraham’s contribution as an old man to society. Many of the residents objected vehemently. They felt strongly that older people’s contributions were not at all limited to the spiritual realm. Quite the contrary, they insisted, they had much practical advice to offer.


I happen to have recorded the session, which was held just after a delicious Sunday brunch. There were no less than thirteen examples offered by the group of the down-to-earth objectives that they believe would be of great value to younger people, if those younger ones would just listen. I will not list all thirteen in this column, but here are some of them:

The first bit of wisdom, in which everyone present concurred, was the unpredictability of life. We make plans, both long-range and short-range, but we had better anticipate that those plans will, in all likelihood, go awry. Several referred to the passage in Psalms that declares “man’s footsteps are directed by the Almighty.” Being prepared to change one’s objectives, to abandon plans and develop new ones, is the essential component of a successful life. This, they insisted, was not a spiritual guideline but a very pragmatic one of which younger people often are oblivious.

The supreme importance of friends and family was the second bit of wisdom on which the group almost unanimously concurred. They all expressed regrets over the many times in their own lives when they saw their business or their career as a priority and failed to spend quality time with family. They told many stories of friendships that had gone neglected for decades only to be reclaimed much later in life, often too late to reestablish meaningful relationships.

From there they moved on to a third recommendation they would give to younger people. That was the lesson of “Ayzehu ashir? Hasameach b’chelko – Who is wealthy? He who is content with his lot.” They stressed that this was not just sound spiritual advice but good practical advice as well. As one resident put it, “I discovered that it makes much more sense to spend time appreciating one’s blessings rather than planning incessantly for future achievements.”

They had a wide array of other lessons to teach: the importance of self-sacrifice, the need to be tolerant of fellow Jews of every background, the vital importance of the state of Israel, the appreciation of the horror of the Holocaust and all that was lost in it, and the evils of many aspects of modern technology.

One wise fellow would not let the session end until he was allowed to express how he learned the importance of “just showing up,” and that what one said at critical moments did not matter as much as just “being there.”

Most impressively, several residents carried with them copies of things they had read, either in secular or sacred literature, which they found meaningful and useful and which they would like to pass on to younger people.

One woman chose to convey what she termed “the lifelong search for the ghosts of our past.” By this, she meant that in some almost mystical fashion we continue a relationship with important individuals who are long dead. She drew from her purse a notebook that contained many quotations illustrating the point. This is one of them:

“…When my mother was dying in the hospital, when she knew her end was coming, it was not me she looked up to, but to someone who stood behind me: her own mother, the ghost of her mother. To me, my mother was an old woman, but to herself, she was still a child calling to her mother to hold her hand and help her. And her own mother, in the secret life we do not see, was a child too. I come from a line of children without end.” (From J.M. Coetzee, Life and Times of Michael K., p. 117) 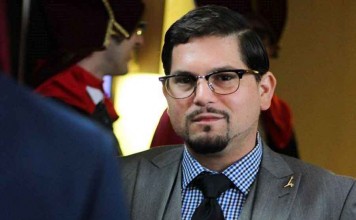 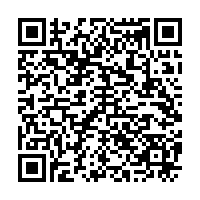