TEL AVIV – Twice in three days, Israeli warplanes entered Syrian airspace and fired on suspected weapons caches bound for Hizbullah – and, so far at least, nothing has happened in response.

Some experts are predicting that will continue to be the case following air strikes near Damascus on Friday and Sunday widely believed to be the work of Israel. According to reports, the strikes targeted shipments of long-range, Iranian-made Fateh-110 missiles capable of striking deep into Israel.


Israel hasn’t commented on the strikes, but the IDF moved two Iron Dome missile defense batteries to its northern border and Prime Minister Benjamin Netanyahu delayed his departure to China for several hours to convene his security cabinet. Meanwhile, Syria’s foreign minister told CNN on Sunday that the strikes amounted to a “declaration of war.”

But such gestures, analysts say, are merely symbolic. Torn by a civil war now in its third year, the regime of Syrian President Bashar Assad is too beleaguered to fight back. And Hizbullah, the Lebanese party considered a terrorist organization by the United States and Israel, is considered too preoccupied propping up its Syrian patron to respond.

Syria’s civil war augurs a major strategic shift for Israel. Though the border has been largely quiet since the end of the 1973 Yom Kippur War, Syria was Israel’s only neighbor to pose a threat of conventional attack.

But the weakening of the Syrian regime has raised the frightening prospect that its stocks of chemical weapons may fall into the hands of Hizbullah. Israeli officials have said for months that they would take action should Syria transport unconventional weapons to Hizbullah. In January, Israel bombed a Syrian weapons convoy near the Syria-Lebanon border. In 2007, Israel allegedly bombed a Syrian nuclear reactor.

“Don’t play with your luck,” said Zisser, also from the Begin-Sadat Center. “There might be a response. Eventually something will happen. Everybody is taking precautions.”

Shlomo Brom, a senior research associate at Tel Aviv University’s Institute for National Security Studies, said the attack sent a message that Israel will act unilaterally if deemed necessary – in this case, the transfer of long-range weaponry to Hizbullah.

“There needs to be a reason for these attacks,” Brom said. “There was an attack because they crossed our red lines. If they stop crossing our red lines, we won’t hit every weapons transfer.”

Brom added that Hizbullah may avenge the weekend’s attacks several years from now, noting that its deadly bus bombing last year in Bulgaria may have been a response to Israel’s alleged assassination of a senior Hizbullah officer, Imad Mughniyah, in 2008.

Israel reportedly did not notify the United States before the strikes. On Saturday, President Obama said that Israel has the right to defend itself and that he will “let the Israeli government confirm or deny whatever strikes that they’ve taken.”

“What I have said in the past and I continue to believe is that the Israelis justifiably have to guard against the transfer of advanced weaponry to terrorist organizations like Hizbullah,” he told the Spanish-language network Telemundo. “We coordinate closely with the Israelis recognizing they are very close to Syria, they are very close to Lebanon.”

The attacks, according to Frisch, also showed Iran that Israel could bomb the Islamic Republic’s suspected nuclear weapons program – a possibility Netanyahu frequently raises. But Brom called an attack on Iran “a totally different story – a lot harder and a lot more complicated.”

Whatever the attack’s long-term implications, Zisser said Israel’s Syrian border is likely to remain quiet during the coming days.

“We are making too much of this,” he said. “We need to be patient.” 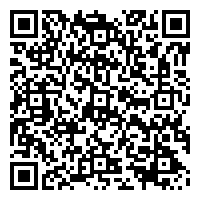