A just-released Israeli commission report vehemently disputes the France 2 video made in 2000 of a Palestinian father and his son crouching for shelter from bullets allegedly fired by Israeli soldiers. This is a media controversy but it parallels the decades-long dispute between Israel and the human rights organizations that have issued reports on violent clashes in the West Bank, Gaza, and Lebanon. Simply, the reporting process on these confrontations has broken down.

Nearly twenty-five years ago, on behalf of a U.S.-based human rights organization, one of its staff members and I went to Israel to investigate the response of the Israeli military justice system to allegations of excessive force by Israeli soldiers in the First Intifada. I had gone on human rights missions to other countries and had been a federal criminal prosecutor.

If you look for a report of this mission, however, you won’t find it.

A central event of our trip, which took place in October 1989, was a meeting with military prosecutors from the office of the Military Advocate

General (MAG) of the Israel Defense Forces. Meetings between human rights investigators and government officials in most countries typically are predictable affairs. In the former Soviet Union, where I had gone to represent Jews sent to Siberia because they had demanded the right to emigrate to Israel, these meetings were conducted in ornate conference rooms with each side formally seated at a wide table covered with green felt cloth. The Soviet officials rarely spoke and then only in short, defensive sentences, and never smiled.

In other countries – for example, apartheid South Africa, where I had once gone to monitor a political trial – the officials went on the offensive. On that trip, I had dinner with the trial prosecutor, who, just as the waiter set the main dish on the table, pulled out photographs of gruesome atrocities allegedly committed by the organization whose representative was on trial – and insisted that I inspect them one by one while we ate.

But the meeting in Israel with MAG prosecutors, in a nondescript conference room in an IDF building, followed none of these patterns. I expected either an offensive or defensive response from the MAG officers, partly because the pre-trip briefing materials had been so negative about the military investigations. Typical was The Jerusalem Post article that quoted a Hebrew University law professor as saying, “Investigations are usually restricted to the versions of the soldiers who were present at the scene.”

My colleague and I explained why we had come to Israel, and then identified a number of excessive-force cases that, as suggested by one source or another, had not been adequately investigated. The MAG officers, lawyers who appeared to be in their thirties, responded in a relaxed, cooperative manner.

At one point one of the MAG officers got up, left the room, and returned carrying several case files, which he opened. These files were generally one to two inches thick and contained maps showing the location of Israeli units on the day of each shooting incident, medical records, statements from or about witnesses (some quite lengthy), results of polygraph examinations apparently administered to Israeli soldiers, and reports by the investigators. They could have been FBI case files.

We had received frequent complaints that the IDF investigators had not made sufficient efforts to locate the bodies of Palestinians to conduct autopsies. At one point, I asked the MAG officers what had been done to locate and exhume the body in a particular case. They could not have anticipated this question. One officer leafed through the case file and then said the IDF investigator had managed, through interviews of Palestinians, to identify a possible site of the victim’s burial but had not been able to find the actual grave.

A MAG officer came into the room to speak with his colleagues. Apparently, a military court had just ruled against the prosecution on an evidentiary issue in the middle of a trial of an excessive-force case against an Israeli soldier. He and his colleagues conferred on how to handle the ruling and the officer left. The resemblance of this scene to events from my time as a federal prosecutor in the U.S. Department of Justice was striking. It had the feel of a working, professional prosecutors’ office. 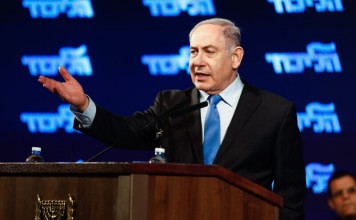