A new biography of Golda Meir has just hit the market. Titled Lioness: Golda Meir and the Nation of Israel (Schocken Books), the work runs 800 pages and covers the life of Israel’s fourth prime minister in a critical but sympathetic fashion. The Jewish Press recently spoke with the book’s author, Francine Klagsbrun.

The Jewish Press: Golda Meir was born in Ukraine, grew up in America, and moved to what was then Palestine in 1921. What would make a 23-year-old American woman make aliyah in an era when most American Jews were focused on establishing themselves here?

Klagsbrun: She was very taken with Poalei Zion, the labor Zionist [group] that she had joined in Milwaukee. And she decided she did not want to be what she called a “parlor Zionist” – sitting in a chair and talking about Zionism. Somebody once asked her why she left this country to live a difficult life in Palestine, and she replied, “Well, I heard they were building something there, and I said, ‘What? And I won’t have a share in it?’ ” So she went.

Many American Jews today who make aliyah find it difficult to adjust. Golda Meir not only adjusted but managed to climb the ranks and become prime minister. How did she do it?

Well, it wasn’t easy. She and her husband applied to be accepted at a kibbutz called Merhavia, and they were rejected two times. Finally they were accepted because they knew somebody there and also because her husband had a phonograph that people were thrilled to see.

People thought of her as this soft America girl. So she worked harder than anybody on the kibbutz – until her hands were rough and practically bleeding – to show her dedication. Also, she had a charisma, or leadership quality, that showed up very early.

But it was never easy for her to be totally accepted as a woman in a very male-oriented world and as an American who was not tremendously educated the way many of the other leaders were. They had been raised with Hebrew, the Talmud, and the Bible, and she didn’t have any of that. She didn’t have a great academic education either. It was sheer grit on her part – real guts and very hard work. She always took on the most difficult job and worked very hard at it.

Over the next quarter century, Golda Meir advanced to various positions, including head of the Jewish Agency’s political department and ambassador to the Soviet Union. While serving at the latter position in 1949, she prayed on Rosh Hashanah at Moscow’s Choral Synagogue and was swamped by tens of thousands of Soviet Jews as she left. What caused this outpouring of love for her?

Stalin wanted his people to be “Soviet men” or “Soviet women,” loyal only to mother Russia. So even though the Soviet Union for its own political reasons supported the creation of a Jewish state, Soviet leaders did not want their citizens to identify with Israel. And then a journalist named Ilya Ehrenberg wrote an article that was, in a way, designed to frighten Jews into not identifying with Israel. So when Golda left the Choral Synagogue and was swamped by thousands of Jews trying to touch her, it’s almost as if they were defying Ilya Ehrenburg and the government.

And it was a very brave thing for these Jews to do because, as it turned out, scattered among them were KGB secret police, and many of these people were later arrested. But it was an expression of love for Golda and for Israel.

Politics until recent decades was almost exclusively a man’s world. How did Golda Meir became Israel’s prime minister in such a world?

Well, that’s a really good question. As I said earlier, by dint of hard work she moved up and up and up. She was labor minister first, then foreign minister, and then she became prime minister. At each job she excelled and was recognized. So that was one thing.

Second, there was a struggle between two younger men, Yigal Allon and Moshe Dayan, over who would be prime minister after Levi Eshkol died. And Pinchas Sapir, a man who had great power behind the scenes, decided that to save the Labor Party, Golda Meir should become prime minister. People thought it was going to be a temporary solution until the end of Eshkol’s term, but it was clear once she was in office that she was a very strong and powerful woman and was going to run again for prime minister – which she did.

Was her success in climbing the rungs of power partially because of Israel’s socialist environment? Socialism, after all, calls for equality between men and woman, and some female revolutionaries at the turn of the century tried to act like men, cutting their hair short, for example. Golda Meir arguably fits this mold with her short hair and refusal to wear makeup. Do you think socialism helped her?

Golda Meir did not try to be a man. One of her strengths actually was that she was a woman. She didn’t wear makeup because, yes, there was a socialist and kibbutz pioneer feeling in the country, but also because, as she always said: “I’m a realist.” In other words, “It’s not going to help me” – although she was very good-looking as a young woman.

It would be nice to say socialism helped her advance, but the fact is she is the only woman who became prime minister in Israel. And it’s because she was very determined and didn’t get sidetracked with feminist causes as some other women did. Golda did not get involved in feminist causes as such. She saw everything in terms of the larger picture and wanted to be part of the larger picture.

You write that she actually opposed feminism. Why did she?

I think she didn’t really understand it. The mainstream feminist movement had similar aims as hers – equality for women, taking care of working women, subsidizing childcare, etc. But she thought the extremist feminists, who were actually on the fringes, represented the center. And she opposed that extremism and its often anti-male orientation. So that was one reason.

Second, she thought that if the country became totally socialist, there would be no need for a women’s movement because women would be equal eventually.

And thirdly, to be very frank, Golda was ambitious, and identifying with the women’s movement was not going to help her get on in a man’s world. Even today, women world leaders don’t identify as feminists because it’s hard for a woman to identify as a feminist and really end up being the head of a nation.

Many of Golda Meir’s critics fault her for not being adequately prepared when Egypt launched the Yom Kippur War in 1973. They claim she should have mobilized the reserves earlier and launched a preemptive strike. Do you view her as blameworthy for not making these moves?

I don’t. A few things. First, there was a belief among Israel’s military people that Egypt would not attack until it had certain ballistic weapons and ammunition from the Soviet Union, which it did not yet have. So the military people, particularly Eli Zeira, who was the head of Israel’s military intelligence, kept reassuring Golda that there was a low probability of war. And even if there would be an attack, they said, Israel could defeat Egypt in no time at all. No problem, nothing to worry about.

Now, you can say she shouldn’t have listened to the generals, but I don’t know many people who would not listen to their military experts in that kind of situation. Golda had a gut feeling that her generals were wrong, but she went along with them.

As far as mobilizing: Israel actually had mobilized a few months earlier, but Anwar Sadat was very clever and did not attack at the time. So they had spent a lot of money mobilizing and it was all wasted.

And Golda did not do a preemptive strike because they had done that in ’67 and Henry Kissinger had warned her not to do it again, and told her Israel would never get help from the United States if they preempted. So she felt very strongly that they should not. Even if they had preempted, Egypt was prepared this time; they had missile shields. Their air force would not have been destroyed the way it was in ‘67.

You met Golda Meir’s two children while researching this book. What were they like?

They’ve both since died. Menachem was a cellist and Sarah lived on a kibbutz, Revivim, for most of her life. After her husband died, she came to live in the little house that Golda had lived in with Menachem and his family. When Golda died, Menachem lived on one side and Sarah lived on the other side. Now Golda’s grandchildren live in that house.

Golda’s children were very protective of her. I became friendly with them, but you could not say one negative thing to them about her. As children they were very resentful of being left at home while she was traveling, but as adults they were very proud of her, and defended her against all criticism.

How long did it take you to write this book?

It was about eight years of constant and intense work.

What would you say distinguishes your work from previous biographies of Golda Meir?

A number of things. First of all, the vast comprehensiveness of it. Second, my emphasis on her being the first Israeli leader to really establish very strong ties with the United States. Kennedy told her, “We have a special relationship with Israel comparable to our relationship with Great Britain.” He was the first American president to openly say something like that. And this is something I don’t think anyone’s developed about her, and it’s very crucial.

Another thing I emphasize is how smart she was. She’s never thought of as smart. She’s always portrayed as this sort of grandmotherly type or tough and strong. But she was very smart. In the Yom Kippur War, for example, she made military decisions that led to Israel’s victory. Who would expect this old lady to make military decisions? But she had this kind of ability to see right to the heart of an issue.

Last question: You write in the first chapter that Golda Meir’s older sister used to often tell her, “Don’t forget that you are the daughter of a carpenter.” What is the significance of this anecdote?

Golda’s sister wanted to make sure she never saw herself as grandiose. And she didn’t. If you compare her to almost any world leader and the way they live and the kind of kowtowing they expect from people and the benefits they give their own families – Golda didn’t do any of those things. She was a socialist and lived very modestly – as did most of Israel’s early leaders. She lived in this little house in Ramat Aviv and never forgot her roots. 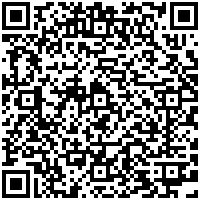