Long before the hooded, masked, and dressed-in-black antifa thugs marauded across campuses such as Berkeley, other supposed progressive campus activists had been raging an ideological war against ideas with which they disagreed. They are, as former Yale president A. Bartlett Giamatti once called people intolerant of others’ views, “terrorists of the mind,” individuals whose toxic views and on-campus behavior help to create a disruptive environment and promote incivility and acrimony.

One of those groups is the notorious Students for Justice in Palestine (SJP), purportedly a pro-Palestinian campus organization but that actually in practice is strictly an anti-Israel group with the sole purpose of demonizing and libeling Israel, foisting boycott and divestment campaigns targeting the Jewish state on student governments, and doing their best to shut down and silence any pro-Israel voices on campus.


SJP has a long history since its founding in 1993 of bringing vitriolic anti-Israel speakers to campuses and for such collateral activities as sponsoring the pernicious Israeli Apartheid Week, building mock “apartheid walls,” and sending mock eviction notices to Jewish students in their dorms to demonize Israel and create empathy for the Palestinian Arab cause.

This intellectually destructive behavior is nothing new for SJP; what is new is that it has made a tactical pivot since the election of Donald Trump, choosing to join the chorus of shrill voices accusing the White House, conservatives, Republicans, and even white people in general of being a new incarnation of fascists, white supremacists, and virtual neo-Nazis emboldened and given influence by the Trump administration’s alleged racist and xenophobic ideology.

This false narrative has shown itself on campuses across the country and has galvanized various left-wing student groups, social justice warriors, left-leaning faculty, Muslim student groups, and even the anarchistic, violent antifa, which purports to be fighting fascism by behaving fascistically.

In February, in anticipation of speech by alt-right personality Milo Yiannopoulos, antifa goons lit fires, beat and assaulted Trump supporters, smashed windows, and created havoc and some $150,000 of damage on Berkeley’s campus, all in the name of suppressing white supremacist ideology.

Controversial sociologist Charles Murray was driven off the Middlebury College campus and his faculty companion physically assaulted because he was deemed to be a racist; Heather MacDonald, a critic of Black Lives Matter and supporter of law enforcement, had her speech shut down as well.

In August, something named the Campus Antifascist Network (CAF), a collation of leftist activists, faculty, and social justice warriors, was created “to stand united against fascist hatred and white supremacy” and the “genocidal hate that underlies white supremacist ideology,” including “the physical engagement of antifascists toward the neo-Nazis and white supremacists,” meaning using violence as a tool of protest.

The hysteria, and evident delusion, over the perceived sudden resurgence of fascism, white supremacy, anti-minority racism, xenophobia – essentially Nazi-like behavior – and the subsequent demonization of anyone who expresses conservative thought, supports Trump, or refuses to cave to the thrall of identity politics and political correctness on campuses, has given campus activists a new and potent tool in their campaign against any ideas they do not like –meaning, of course, any ideas that challenge their preconceived and leftist notions.

Transforming the Trump administration – and by extension any of its supporters – into virtual Nazis, white supremacists, and racists, it is easy to then justify any intellectual or physical resistance, not to mention a complete rejection of any policies or ideology coming from these quarters. After all, if someone is identified as a white supremacist, a neo-Nazi, why should anyone listen to anything that person has to say? Why, indeed, should they not be suppressed, reviled, purged from the intellectual community and prevented from speaking? Why, in fact, should someone not “punch a Nazi,” as some current posters encourage?

Nazifying ideological opponents is a tactic that SJP and others have long used as part of the ongoing cognitive war against Israel, in which Zionism is racism, Israelis are the new Nazis, Gaza is equivalent to the Warsaw Ghetto, Israel is committing genocide against the guiltless Palestinians (a “Holocaust in the Holy Land,” as one student event called it), and the Star of David of the Israeli flag is regularly manipulated to incorporate a swastika.

Students for Justice in Palestine has long used the Nazi accusation as a trope in its anti-Israel activism, and now that it has become common practice on campuses to smear the current administration and any of its supporters – indeed, any conservatives – as neo-Nazi white supremacists and unrepentant racists, SJP, in a troubling and pernicious new twist in its radicalism, wasted no time in beating that same drum against Israel.

So while it is not news that SJP deplores everything about the Jewish state, the conflating of the current fascist/white supremacist mania with Israel has provided a new twist in the ideological war against Zionism, Israel, and Jews and others who support them. It also serves to widen SJP’s support from victim groups on campus who feel an affinity for others oppressed or maligned by a racist, white-controlled society.

At the University of Illinois, Urbana-Champaign’s SJP chapter, as the latest example, this tactic was on full display when in a September 1 Facebook post the group announced that since “there is no room for fascists, white supremacists, or Zionists at UIUC,” it had organized a rally called “Smashing Fascism: Radical Resistance Against White Supremacy.”

One would think it might occur to any sentient being that characterizing Zionists as keeping company with or in fact being fascists and white supremacists is not only a historically grotesque notion but self-contradictory as well.

And this assumption is dangerous because, if it is accepted by other leftist and radical campus groups, it will mean that, as the UN infamously declared in 1975, Zionism again will be equivalent to racism, and any supporters of Israel can thereby be condemned and thrown into that ideological bucket of white supremacists, racists, and neo-Nazis that now seem to so animate the imaginations of Democrats, liberals, marginalized and oppressed minorities, and the left.

In another Facebook post the following day, SJP double-downed on its hallucinations about Israel, asserting that “the confluence of fascism and Zionism is becoming more obvious by the day.” And to explain the backlash it experienced after its initial post, SJP ludicrously claimed, without any apparent evidence, that criticism of its event had nothing at all to do with its mistaken and intellectually contorted view.

“This opposition highlights the unholy union of American fascists, white supremacists, and Zionists,” SJP claimed, “which seeks to weaken and destroy intersectional movements for mass liberation.”

More ominously, precisely because the rhetoric suggests that SJP’s activism might well ratchet up to include physical, not just ideological, violence, the statement suggested that while “nonviolence and peaceful civil disobedience have their places and have achieved great change throughout history . . . violent resistance, whether it is a black bloc or full scale armed conflict, also has its place.”

What that translates to is that just as the antifa goons now believe they are morally entitled to “punch a Nazi” (however they define that term and identify that person), Students for Justice in Palestine, as part of its relentless assault on the Jewish students and others who support Israel, has now announced that, given the current climate where fascist boogeymen, in their delusional view, have co-opted the government and permeate every area of society, SJP activists have the moral authority and responsibility as social warriors to include supporters of Israel in that panoply of white supremacists, fascists, and neo-Nazi extremists.

A student-published “disorientation guide” for entering freshman at Tufts University echoed the same perverse theme: the guide not only disingenuously described the Tufts University Hillel of “exploiting black voices” for inviting the parents of Trayvon Martin to discuss “gun violence,” but also, more egregiously, accused Tuft’s Hillel of being an organization that supports a “white supremacist state” – namely Israel.

This conflation of Israel and white supremacy, the central ideology of Nazism, is historically absurd and morally perverse. Jewish students and other campus supporters of Israel now may have to defend themselves not only from the perennial accusations of supporting a racist, apartheid regime that oppresses the hapless Palestinians, but also from charges that they are part of a larger, more sinister movement that includes the worst, most radical elements of the alt-right, emboldened and given visibility and influence by the Trump administration, Republicans, conservatives, and assorted cranks from the neo-Nazi fringe.

SJP has been a malignant and troublesome presence on campuses since its founding, and has repeatedly been punished for its activist excesses – including, most recently, at UC Irvine where that campus’s chapter was put on probation for shutting down the speech of pro-Israel speakers, a practice that is a core element in the organization’s anti-Israel activism.

But this newest pivot in its tactical assault against Israel, using the hysteria about a phantom alt-right infecting government and academia to justify a more aggressive bludgeoning of the Jewish state, means that SJP and other radical groups will feel no compunction at all in increasing the tenor and intensity of their tactical assault on Israel.

And if administrators, faculty, and students ignore this dangerous evolution in far-left radical activism, they do so at their own peril. 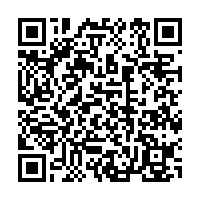