Art is a timeless pursuit. Since the beginning of time, humans have been driven to create and inspire others with their unique artistic visions. In the 21st century, this need for creation has still not been quenched. It seems as though artists will always be necessary – for as long as people still desire inspiration.

In Jewish culture, art often takes on a holy purpose. For many Jewish artists, creating is a spiritual experience for them and their audiences. Ann Koffsky and Chanie Chanin are two Jewish artists who have touched their audiences with their work. Often infused with religious themes, the works of Koffsky and Chanin are reflections of their own relationships with art and God.

Ann Koffsky is an artist, illustrator, and author who has written and illustrated over 30 of her own books. She also produces monthly coloring pages that she distributes to the public free of charge.

For some people, art is unavoidable. Koffsky knew she wanted to be an artist from the time she was in kindergarten. She went through school trying to push art off as a hobby, but she could never shake her passion. Eventually, she graduated from Stern College for Women with a degree in studio art and went on to study at the School of Visual Arts for a year.

After school, Koffsky displayed her work at shows and worked illustrating cards for Hallmark, Costco, and Papyrus. She became a writer when she wrote and illustrated her first children’s book for Shulsinger Judaica.

“The reason I was writing was to draw,” explained Koffsky. Eventually, however, Koffsky began writing with no pictures at all, accumulating bylines in publications such as Jewish Action and the Times of Israel.

But visual arts were still an intrinsic part of her life. In 2013, she joined Behrman House Inc. as an editor. There, she edited three coloring books and contributed to one. In addition, Koffsky wrote/illustrated various children’s books: Frogs in the Bed: My Passover Seder Activity Book, Kayla and Kugel’s Almost Perfect Passover, and Noah’s Swim-a-Thon.

Her latest book, Judah Maccabee Goes to the Doctor, is illustrated by Talisha Shipman and will be available in the fall of 2017.

“It feels good to share your art,” remarked Koffsky. “It’s no fun to draw something for yourself and put it in the closet.” Adept at paper cuts, Koffsky also makes ketubot for weddings and has painted a mural in her shul.

Perhaps her most widespread artistic contribution has been her monthly coloring sheets. Available at no cost, each sheet centers on a Jewish theme or idea drawn in pen and ink. Koffsky explained that her coloring sheets have reached people all over the country who have limited access to a Jewish community.

“[Art] is a great thing for your neshama and the world,” explained Koffsky. “It is so fulfilling on so many different levels.” But the positive response to her work is only part of what makes art so important to Koffsky.  “When you are an artist, you know that whatever you create is something no one else can create,” she said. To Koffsky, it is her unique vision that makes her work meaningful.

“It makes you feel important,” she added.

Art is also an integral part of painter Chanie Chanin’s life. Originally from London, England, Chanin started formally painting when she moved to New York with her husband, Mendy. Realizing her talents, Mendy bought Chanin oil paints and canvas and encouraged her to start taking classes. Since then, Chanin has created close to 70 paintings, many of which are available for purchase on her website, frommyartandsoul.com.

The website name, “From My Art and Soul”, Chanin explained, is meant to express how she feels about art.

“Each painting is a part of me,” said Chanin. “You put your whole essence into your painting. It’s from your heart.”

Chanin’s paintings usually revolve around Jewish themes. Images of Sarah’s tent, the splitting of the sea, Yona and the whale, and the giving of the Torah are just a few of the scenes portrayed in her paintings. She also has a series of paintings for the Jewish festivals and still life works of nature and Jerusalem.

“Most of my paintings come from my feelings,” Chanin said, remarking how a feeling of yearning for the Kotel, for example, will usually inspire her to paint it.

Often, her painting of Chabad figures would coincide with important dates. For example, Chanin began painting the portrait of Rebbetzin Chaya Mushka around the anniversary of her passing and finished it on her birthday.

“I felt that when I began to work on a painting connected to a special day, a Chassidic yom tov of a Rebbe or Rebbetzin, I would get the spiritual strength to achieve my success,” related Chanin.

Chanin sees her art as a way to connect to other people. Her new program, entitled “A Journey Through My Art,” is a synthesis of her art, poetry and music. Presented primarily in Chabad Houses and women’s events, the program allows Chanin to display and explain her paintings to a wider audience.

“You never know how you’ll inspire people,” said Chanin, who has interacted with people of all denominations through her art. When she was flying from Miami to New York a few years ago, she happened to sit next to a Jewish woman who was unaffiliated. After introducing herself, Chanin showed the woman some of her paintings. The woman was so intrigued that she asked Chanin to send some pictures of her paintings to her so she could have them on her office computer. Chanin kept in touch with the woman from then on, sending her mishloach manot on Purim and matzah on Passover.

“I know that I was gifted with this talent,” said Chanin. “I must utilize it to the best of my ability and share it with others.”

Chanin is now working on a large piece titled “The Royal Tea,” which will feature four Rebbetzins drinking tea in the Lubavitcher Rebbe’s dining room.

Both Ann Koffsky and Chanie Chanin share a special gift. But more impressive than their talent is the way they use it to inspire the world. Stroke by stroke, Jewish artists like Koffsky and Chanin reveal the beauty of Judaism through art, all the while infusing the world with a little more color. 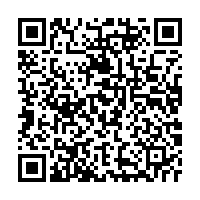