The Jewish people has a major crisis on its hands – one that will impact the very future of our nation. Today there are a greater number of older Jewish singles than ever before. A minute number of them have chosen to remain single while the majority yearn to find their ezer k’negdo.

More singles translates into less Jewish babies entering the world. I have a concrete example of how many offspring can result from one couple getting married. I know an elderly Jewish man and his wife who brought four children into this world. They now have over 100 Jewish descendants.


In previous generations there were village rabbis who knew everyone and who arranged marriages. Singlehood was very rare. We have lost that tradition, but many well-meaning people have sought to fill that void by setting up dating sites, hosting matchmaking meetings in their homes and arranging all sorts of social events such as speed dating and Shabbatonim.

And what about the Jewish singles themselves? What are they doing to help alleviate the painful problem of not having found their soulmate? There are singles who invite other singles to Shabbat meals – I have spoken to former singles who have met their spouse in this manner – and others who arrange social events such as nature hikes and potluck dinners. Many of them are matchmakers for their friends.

Rabbi Chananya Weissman, a religious single man, has been bothered by this situation for a long time. He is pained that older Jewish singles are suffering from loneliness; from lack of companionship and the ability to form deep and meaningful spiritual, intellectual and physical relationships with a spouse. And he decided to do something about it. He has written books and articles about it, he hosts a website, hotkiddush.com, which offers all sorts of services for the frum single and has produced The Shidduch Chronicles, humorous short videos about shidduchim.

His latest contribution is a poignant documentary film which he produced and directed entitled “Jewish Single Male.” Fittingly, it deals with the shidduch scene as experienced by older frum men.

Two single men who initially agreed to be in the film got cold feet and dropped out. One of them had been told that to be in the film would be “dating suicide.” After viewing the film, I would say just the opposite. I think that the four men who speak openly about their experiences show a side of themselves that could very well attract their bashert.

David Schwartz, who learns at the Diaspora Yeshiva, was divorced four years ago and has one child. He says that Hashem doesn’t bring two people together without a reason. He feels that his divorce is part of a learning process, part of his tikkun.

One of the challenges he finds in dating is the focus on the external – job, money, security, etc. – and a lack of understanding of the higher purpose in marriage. He feels that there should be more of a focus on the internal. As he says, “People don’t want to do the work of inside themselves.”

Another brave man interviewed is Rabbi David Katz, a widower and a Kohen with two children. He is also in round two of dating. “If I tell the shadchan that she’s [the date] not for me, I get the rap sheet, ‘David, you’re never going to get married. This is your last shot.’”

Bachelor #3 is David Kilimnick, a stand-up comedian who says that by being a comedian he has already committed self-decapitation and that dating is his afterlife. “This film is my only hope,” he says. His hope is that seeing the film will help people understand that even though the profession doesn’t seem like a profitable one, he can still be a viable option for marriage. He does not have a long check list of what he wants in a mate. She needs to be shomeret Shabbat and shomeret kashrut because otherwise, “I won’t get any money from my parents.”

In a more philosophical moment, Kilimnick professes, “We all have a dream of what it [relationship] could be and the dream in our minds is better than the reality, but the reality of being in a nice relationship with someone that cares about you is much greater than the dream, but we kill the dream.” He advises, “Develop relationships, be willing to have your heart broken and do whatever you have to do to develop that relationship.”

Former single Avi Dzik started dating in his early 20s. When he hit 30 he attended a workshop for singles and did some coaching sessions. He gained confidence, but it still took him until age 37 to get married. He says, “Singles can dismiss each other for all sorts of logical reasons, but deep down there are fears that are holding them back.” Dzik speaks with candor about the loneliness of being single as well as of the halachic problems of not being married. He says, “For religious single men, some laws are not easy to navigate…The only way out is to get married.”

Several of the men in the film, including the producer and director, have complaints about matchmakers. For instance, Weissman says, “…they stamp a value on you and then they try to find someone with an equal or similar value and fix people up like they’re breeding horses.” Katz would like to be able to talk openly and casually on a date, but he says, “Shidduchim are 100% contrived… Liking is not allowed.” Katz feels that the matchmakers treat him like a meat market. If he reveals his shortcomings and hang-ups, he gets a look and believes he is being moved into second-class citizen territory. “Those dynamics are not healthy.”

Weissman and his four “actors” raise some important issues. If the viewers are moved by the honesty of the interviewees and as a result make more of an effort to help singles find their soulmates without being judgmental, then Weissman will have done a great service.

Chananya Weissman can be contacted at endthemadness@gmail.com. 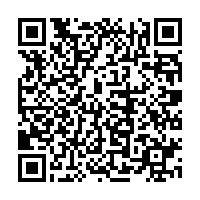