If your bubby is a third grade morah, teaches piano to the neighborhood children, and plays in a women’s orchestra or band; if your mother conducts workshops on singing niggunim; if your sister or cousin studied ballet and is part of an Israeli dance troupe; if your aunt, friend, or neighbor is the world’s only kosher mime; if your daughter is gifted musically or artistically, it’s possible they attended the most recent ATARA conference, held this past March in Baltimore.

The Association for Torah and the Arts for Religious Artists, ATARA, was created ten years ago by Miriam Leah Gamliel (aka ML) as a vehicle for observant women and girls to freely express and appreciate their own and other women’s creative and artistic talents. It is a way to afford these gifted women and girls a perfect opportunity to showcase, honor and share their talents, as ML says, “to honor Hakodesh Baruch Hu.” ATARA, which means crown in Hebrew, “is a perfect title, a perfect metaphor for our work to beautify Hashem,” she says.


ATARA began in 2006-7 after the Pittsburgh native moved to New York. With no performing opportunities in sight, this young librarian, gifted with a beautiful voice, created the opportunity for those in the performing arts to feel at home within a Torah environment. With a sense of awe and determination, she said, “God knows what He is doing.”

ML organized, choreographed, sang, directed, and co-produced ATARA’s first women’s-only musical. “30-40 women were in the cast, schlepping in to rehearse from Queens, Brooklyn, and Manhattan. Women came in droves to see that first performance. I saw very clearly there was interest in women’s-only performances.”

“The early years of ATARA continued bringing women who appreciate the arts together while trying to reach others. ATARA pioneers, Toby Greenwald, a writer in Israel, and Robin Garbose, a film director in LA, were instrumental “in helping this fledgling organization grow,” explained ML.

After getting married, moving to Montreal, and becoming a mother, ML kept the now flourishing community of linked artists and performers connected and well-informed using an Internet newsletter. In addition, a Facebook group was formed.

The infrastructure grew, collaborations amongst artists took root, and networking opportunities were cultivated. “Music elevates, connects, and expresses emotion for the viewer and listener, allowing them to feel uplifted and exhilarated. Drama too, brings joy, contemplation, helping people reach a deeper place. Some people dance, draw, make music and find joy in serving Hashem and communicating their feelings in service of Hashem,” explained ML, who directed and produced each ATARA conference along with a team of volunteers. “I did the dirty work pushing the organization forward, until Henya Storch got involved last year. Henya’s passion and vision are what drove the conference planning last year and this,” said ML.

“I love working with creative people to help them realize their dreams,” Henya Storch, CEO of The Storch Agency International, said. Her cousin Frank, who resides in Baltimore, served as ML’s co-producer this year.

Choosing Baltimore for their 10th annual conference, ATARA participants were graciously hosted by Frank and Daniella Sarah Storch, strong supporters of the arts and music for Jewish women and girls. Said Frank Storch, “When our friends, Dr. Mark and Chana Singer, began [Camp] Tizmoret Shoshana, my wife, a talented violinist, was involved from the beginning. I was able to concentrate on the security and safety aspects of the conference, while Henya, Miriam Leah (ML) and others coordinated the talented performances from Thursday night through Sunday.”

“More than 100 women enjoyed Shabbos dinner together, followed by keynote speaker Robin Garbose, ‘our frum Steven Spielberg,’” said Henya, adding, “Robin inspired us with her message: if you have a vision and believe in the talents God gave you, be unstoppable in reaching your potential. She gave us tremendous chizuk.”

A community oneg followed the meal, with acapella singing, a mime, acting games, and beautiful zmirot. Shabbos day brought with it inspiring afternoon programming and seudah shlishis shiurim on teaching Torah through the arts and the sources of music in the Torah.

Saturday night’s concert featured an amazing array of talent that included a variety of performances before a standing room only crowd of over 500. The stage hosted Baltimore’s accomplished trio, Ayelet HaShachar, who have been performing for sixteen years; lovely young “rising stars” from the Tzohar Seminary for Chassidus and the Arts in Pittsburgh; and many dancers, numerous singers, songwriters, and comediennes. A collaborative video uniting dancers and musicians from seventeen cities around the world played on a large screen behind one of the talented singers.

During lunch, tears slid down my cheeks as Abby, one of the girls in JUNIOR ATARA, played keyboard and sang “Mama Rochel” in the sweetest purest voice I’ve ever heard. A full afternoon of programming and performances included the incredible Baltimore Women’s Orchestra, conducted by Dr. Mark Singer. An Israeli performance was live-streamed. A panel of visual artists shared their insights and experiences. Films made by frum women were shown.

Leah Gottfried, a film director, writer, producer, actress and founder of the production company Dignity Entertainment, is the creator of the web series “Soon By You” about six young Orthodox Jews dating in NYC. “It’s been called ‘Friends’ meets ‘Srugim.’ The show was actually very much impacted by the first ATARA conference I went to about seven years ago,” explained Gottfried.

“I met Jessica Schechter there and we immediately bonded and became friends. We always looked to collaborate on that perfect project. When I was producing the first episode of “Soon By You,” she came on as a production assistant to help out. She was so great on set that I eventually brought her on as a co-producer and wrote a lead role for her. Now we work together along with our third co-producer and see each other all the time. We often look back on that first [ATARA] conference with immense gratitude for connecting us.”

Gottfried said, “The conference in Baltimore this year was exactly what I needed. Being a religious artist can feel isolating. It felt so good being in a community of like-minded, supportive people.”

“This conference was special because I did a panel discussion with my former teacher and mentor, Robin Garbose. I studied at Robin’s performing arts conservatory, starting off as an actress and production assistant, working my way up to line producing her latest feature, ‘Operation: Candlelight.’ After the panel, in which we discussed being religious, female filmmakers and our respective journeys, we screened the first episode of my show, ‘Soon By You,’ as well as ‘Operation: Candlelight.’ Having a network like ATARA is so vital to my creative process. Just knowing there are other women out there who have the same passion for creating that I have energizes and inspires me to keep producing my work. It’s beautiful to be a part of this wonderful group of visionaries.”

According to ML, “It is more common for girls and women to aspire to learn or perform in creative and artistic fields now than when we started ATARA. Not everyone is artistically or creatively gifted, but for those with this special characteristic, it can feel unhealthy not to express it, and a loss for the community not to have these works of beauty to uplift it.

“Eighty-five girls and women performed at ATARA’s conference this year. Most astounding is the community growth; instead of a few small camps for girls, there are five or six big ones; more after school and seminary programs for creative and talented girls, teens, and young women; more movies being made by and for women; many more aspiring singer-songwriters and musicians.

“The most significant thing ATARA does is give performers and teachers the opportunity to come together, to teach and perform in their respective areas.”

It is truly beautiful. 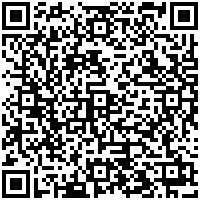