Ambassador Elin Suleymanov has been Azerbaijan’s top envoy to the United States since 2011, having previously served as consul general of Azerbaijan in Los Angeles from 2005.

Stationed in the United States for years now, he has made many connections to the Jewish community, visiting Israel in 2015 as part of a program sponsored by the American Jewish Committee, and more recently taking part in a panel discussion on the Caucasus region at the 2018 American Israel Public Affairs Committee policy conference in Washington, D.C.

As a representative of one of Israel’s oldest and strongest partners in the Muslim world, the ambassador spoke with JNS about his country’s rare relationship with the world’s only Jewish state, as well as some of the challenges in his region and elsewhere.

Q: How do you view the relationship between Israel and Azerbaijan today?

A: “I would say the relationship is strong and expanding. I would like to see it expand further. It would be good for Azerbaijan, for Israel and for the entire region.

Areas like defense, energy and security have always been strong. But we have seen expansion in areas like agriculture and high-tech. Azerbaijan has parts that are very dry and Israeli technology like drip irrigation helps. Advanced technology and agriculture is very important to us, and we are very grateful for our Israeli partners on this.

The other [main area] is, of course, high technology. We know that Israel is a startup nation. We are trying to develop our own startup culture. I think the experience in Israel is more relevant than any other because of the size, location and culture of the country.”

Q: Israel has had warming relations with its Arab Muslim neighbors in recent years. Is its relationship with Azerbaijan a model for ties with the Muslim world?

A: “In some sense, Azerbaijan’s relationship is different than Israel’s relationships with the rest of the Muslim world. Azerbaijan has a 1,500-year-old Jewish community. Jewish life is an integral part of Azerbaijan society. Azerbaijan is well known to be a tolerant place for religions.

Azerbaijan is a place where you can come and speak no matter your faith—where the perception of Islamic solidarity involves others. It’s not exclusive; it is inclusive.

The connections that are now being built between Israel and the rest of the Muslim world were wishful thinking not too long ago. Now we see much greater connection. Azerbaijan has pioneered that. We were on the forefront. In some ways, Azerbaijan opened the doors to this. It’s still not as widespread and well-connected as it should be, but Azerbaijan can do more, and we are happy to be an example of Israel cooperation with Muslim states.”

Q: How does Azerbaijan view calls by Netanyahu and U.S. President Donald Trump to “fix or nix” the Iran nuclear deal?

A: “Azerbaijan is the only country that borders both Russia and Iran. We have always tried to build good relations with our neighbors, including [them]. We were very pleased to see there was effort to get a nuclear deal. I think it was a good effort. By now, the deal exists; it is a done deal. It was signed and endorsed by the major participants in the international community.

However, when the deal was being developed, I think there could have been more input from U.S. allies and nations in the region. That’s why I think if the Obama administration had included more partners and allies in the discussions, there may be less criticism today.

Maybe we just need to find a way how to build a consensus moving forward on this. Nuclear proliferation is a very dangerous thing, and we are very happy there is an effort to curb [it]. If that deal can prevent nuclear proliferation and weapons of mass destruction, then that is a good thing.”

Q: Israel has an embassy in Baku. What about an Azerbaijani embassy in Jerusalem?

A: “For a long time now, we have been discussing this with our Israeli partners. [It’s] not exactly my purview, but I am hopeful to see an embassy in Israel, of course.

Of course, everybody knows that the Jewish people have a very strong connection to Israel and Jerusalem. This city has always been a symbol of the Jewish people, and I think that needs to be respected. I think we need to look at using this as an opportunity to respect the sensitivities on all sides.

At the same time, this is an issue of political negotiations with the Palestinian side, which, of course, also must include their wishes and desires as part of the conversation.

I am not 100 percent sure on how to move forward with this issue. But I hope that the U.S. decision to move the embassy to Jerusalem will also coincide with efforts to promote discussions between the Israelis and Palestinians. Two sides of the same coin; you can’t do one without the other.”

Q: How do you view the Israeli-Azerbaijani relationship going forward?

A: “Azerbaijan is a unique partner for Israel specifically because of the nature of our relationship. It is not aimed against anybody; it is because the Jewish people and Azerbaijan have centuries of coexistence, and strong friendship and partnership. That translates now into the connection between the two people and nations.

Working with Israel, it is important to remember that being Muslim does not mean be anti-Israeli. Muslims and Jews have a glorious history of coexistence; Muslims protected Jews for centuries during the medieval era. We shouldn’t forget that—and need to build on that tradition.” 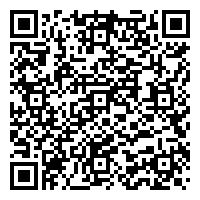