A shul is the fundamental backbone of any community, and Atlanta’s Congregation Beth Jacob has taken that literally. In what is probably the only program of its kind operating from within the hallowed walls of a shul building, long-time Beth Jacob member Charles Kaplan has taken tzeddakah to a new dimension.

Creating a fundraiser that has grown to monumental proportions, Mr. Kaplan gives back rubs, energetically massaging the backs of grateful recipients. Using gifted hands and an open heart, Mr. Kaplan engenders healing and tzeddakah in one fell swoop

The seeds for his endeavor were planted when he and his brother, Ralph, z”l, were in high school, and Ralph joined the wrestling team. Charlie would massage his brother’s aches after each match, never suspecting where this would lead years down the line. Now, in a given week, he gives as few as two or as many as 48 backrubs, the dividends exceeding all expectations.

Giving sporadic backrubs to people he thought might benefit from the service over the years, Mr. Kaplan consistently received positive feedback regarding his kind efforts. An idea took root and germinated, spurring him to officially launch his campaign in April of 2007.

“Charlie,” Dan said, “Your back rubs would be a wonderful gift for the shul. You’ll like it and others will, too.”

And in a magical moment of determination, Mr. Kaplan surged towards his goal.

Starting the “Kaplan’s Untie the Knot Group” at $4.50 for a five-minute back rub with Dr. Dan Appelrouth as his first participant, he gradually increased his rate to $5 and ultimately $6 for a five-minute back rub. All proceeds go to Beth Jacob. The group contains several chiropractors and masseuses who periodically give Mr. Kaplan pointers on how to improve the back rubs. He then incorporates their suggestions into his routine.

Approaching someone who looks like he needs his help, Mr. Kaplan will offer his services, or often, people approach him to set up an appointment. Standard policy is to give the first rub free of charge, encouraging people to “Try it. You’ll like it.”

To date, Mr. Kaplan has raised a whopping $32,117 over a period of eight and a quarter years and has given back rubs to 227 participants and supporters. He has a group of ongoing “clients” of about 50 people.

“I enjoy doing it,” Mr. Kaplan reports. “It has definitely increased and enhanced my friendships within the community, an added bonus. To date, I’ve administered 6,668 back rubs, including the freebees I’ve donated on Shabbos and Yom Tov. However, halachah mandates a more gentle back scratch during yemei hakodesh.”

“Some people come to me complaining of specific pain and knots in their shoulders. It’s very rewarding to relieve them of their discomfort,” Mr. Kaplan shares. “I used to go to the home of a certain shul member, who is no longer with us. He received the maximum amount of back rubs, donating $1,114.”

Mr. Kaplan’s records reflect that there are 37 donors who have given more than $300, comprising more than three quarters of the total amount donated.

“I utilize Charlie mostly on Shabbos,” Dr. Berendt says, “and sometimes during the week as well.” His enthusiasm and warm commendations practically jumped through the phone, and I had to smile, shake my head, and wonder at the accomplishments of this “ordinary” man as I continued to listen. “Talk about a way to enhance Shabbos! It’s really an amazing service. He took a talent and used it to raise money for the shul – who does such a thing? I remember the first time I visited Beth Jacob in 2008 and was treated to my first back rub. I’ve been hooked ever since. I store most of my tension in my upper back. In the 30 minutes it would take a professional, Charlie takes his five-minute magic and works out the kinks. I’m happy to have him around, but his famous back rubs make it even better!”

Mr. Kaplan has designated three funds, allocating them to specific segments of the Atlanta community: the kollel yungeleit, teachers of Jewish day schools, and those who can’t afford to pay for back rubs. In most cases, donors don’t know the identity of the recipients, and the recipients are unaware of who gave them funding. One thoughtful and generous donor donated back rubs as a way of convincing an individual to take on additional learning. Miraculously, this man now wakes up early to learn, reaping rewards in the realms of ruchniyus while enjoying his finely tuned back.

“He has incredible hands,” Dr. Dan relays, flashing his trademark smile. “This endeavor is yet another manifestation of Charlie’s giving. He’s not a trained masseuse, but he’s great at relieving tension and loosening up muscles. He’s a person of humanity, characterized by caring and giving. I can’t say enough about the man.”

Mr. Scott Itaaliander, another of Mr. Kaplan’s satisfied customers, has this to say: “I have been privileged to be on the receiving end of Charlie’s back rubs for several years now, and I’m told I’m one of his most frequent customers! I’m proud to be able to help Charlie help the shul and to help myself in the process. Until 120, Charlie – that’s $120,000, and 120 years to accomplish it!”

Marveling at what Charlie has gifted to the shul, Rabbi Ilan Feldman, rov of Beth Jacob, refers to Mr. Kaplan as a model of determination, stamina, and record keeping. He grabbed hold of a dream, realized it, and is still going strong. What a message! To take a talent that Hashem has given us and transform it into avodas hakodesh – isn’t that we’re all here to do?

Humble and unpretentious, Mr. Kaplan has a long history of quiet, determined giving. Whether it’s Bikur Cholim, the shul, schools, or any community organization, he has always been the go-to person. Turning the page in innovation, he has upped his altruism to a new level, effecting a remarkable transformation in his community, five minutes at a time. As expected, he is always looking for new donors, and, one day, he hopes a woman’s group will materialize. May the glow of his inspiration ignite a conflagration of growth for Klal Yisrael, helping each one of us aspire towards achieving our potentials. It’s a simple formula: five minutes of your time, two outstretched hands, and a golden heart. 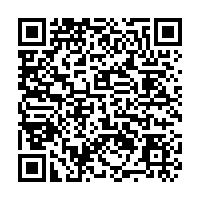