In late fall 1947, Shmuel Matza, then a 20-year-old member of the Etzel (also known as Irgun) Jewish underground paramilitary organization, was detained in the Kishle prison by the British on suspicion of possessing illegal arms.


So one morning, Matza slipped his breakfast fork into his pocket just before the guards accompanied him back to his quarters – a tiny cell infested by rats and lice with only a mat of woven cloth on which to sleep. When the lights went out and everyone else was sleeping, including the police officers, Matza quietly removed that fork from his pocket.

Slowly and determinedly, he carved the following deep into the prison wall: his name; the emblem of the Irgun, a map of the historical land of Israel; and the Hebrew phrases for “only thus,” which suggested the Jewish people would use force to achieve freedom in their land, and “long live the Hebrew state.”

A few days later, Matza was transferred to the Latrun detention camp, from which he was released in April 1948, just ahead of Israel’s War of Independence. He fought for the state until the war ended in 1949. Then Matza went to law school, married, had children and grandchildren, and thought he had closed the previous chapter of his life.

Yet that chapter was unexpectedly reopened more than 50 years later, when archaeologists discovered Matza’s carvings – still bold, confident, and defiant – on an interior wall of the Kishle.

Archaeologists began excavating around the area of the Kishle after Israel’s 1967 Six-Day War, during which the Jewish state reunified Jerusalem following 19 years of Jordanian control over the city’s eastern portion. The capital’s reunification is celebrated by Israelis each year on Yom Yerushalayim (Jerusalem Day), which falls on June 5 this year.

In the aftermath of the 1967 war, then-Jerusalem mayor Teddy Kollek agreed to let the Israeli government develop Jerusalem’s Tower of David into a museum. But the Kishle, a 1,476-square-foot structure, was left untouched while archaeologists focused on the Tower. At the time, the Kishle, hidden behind a metal door and situated atop a winding spiral staircase next to the ancient ramparts of the Old City walls, was believed to have been built in the 19th century.

In 2000, Eilat Lieber – at the time the Tower’s director of education and now its general director and chief curator, was looking for a site within the museum’s grounds to host children’s programming. She remembered the Kishle from when she was a student at the Bezalel Academy of Arts and Design in the 1980s.

“I had seen the plans for the museum and that the Kishle was part of the grounds,” Lieber tells JNS. “It was something that no one even remembered.”

Lieber launched a search for the key to unlock the Kishle, and found it in its rusty state on the key ring of the museum’s caretaker. The caretaker opened the door “and we saw this amazing space,” recalls Rose Ginosar, the Tower of David’s director of development and external relations.

The $1 million originally raised to produce the children’s center was instead funneled toward excavations in the Kishle. A team of Israel Antiquities Authority archaeologists led by Amit Re’em took everything out by hand until they hit bedrock. Along the way, they discovered layers revealing 2,800 years of history – a far cry from the previous assumption that the Kishle was constructed in the 19th century. 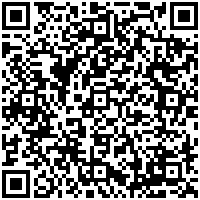