The warm and charmingly idiosyncratic Dr. George Moskowitz M.D. has recently expanded his standard-fare family practice to uniquely address the growing public-health concern of opioid over prescription: His is the very first medical office to prescribe medical-grade cannabis within the predominantly haredi neighborhood of Boro Park.

“Judith really did all the work to get us here,” Moskowitz says while nodding in the direction of his office manager and daughter.


Moskowitz’s desk – accoutered with samples of marijuana atomizers, vaporizers, sublingual tinctures, quotidian capsules, and industry brochures – is directly parallel to Judith’s. From this back office, just to the rear of the practice’s treatment room, father and daughter spend countless hours refining their somewhat-alternative, yet life-saving approach to pain management:

“There were 45,000 opioid-induced cases of overdoses leading to death in the U.S. last year,” Moskowitz says. “Sixty-five religious New-York-area Jews from our community are a part of that tragic statistic. A lot of people get addicted to opiates in an understandable fashion: They’re coming out the other end of a difficult surgery with chronic and profound pain. So they’re prescribed opioids like Hydrocodone that, while treating the pain, are highly addictive and all-too-simple to fatally overdose on.

“So I asked myself: How can we as a community thwart this increasingly-fatal threat, head-on? How can we effectively treat chronic pain, without putting the lives, souls, and potential of those suffering from it at risk in the process?

“At the time, I had heard about some states effectively treating chronic pain with medical marijuana, and, ever the optimist, I thought I’d give it a shot. Prescribing it with successful and predictable outcomes turned out to be a nightmare: There’s no universally agreed-upon standard for medicinal marijuana’s general dosing and administration, and I felt like the blind leading the blind when trying to treat my patients with it. It may have been exactly what my patients needed; a benign analgesic with low potential for abuse (and certainly no risk of fatal overdose) – but I had no idea how to appropriately administer it. This actually got me so down that I ran away for a bit.”

Moskowitz offers a faint smile while he looks out his office window as he reflects on a difficult period in his professional life.

“I went to Israel,” he continues, “and as so often happens when you’re floating in The Dead Sea, I relaxed. In the solitude of the desert, I was restored, and began to discuss my work-related travails with an Israeli researcher who somehow got me an introduction with Professor Raphael Mechoulam of Hebrew University, the eminent organic chemist who led the team that was first to discover THC (Tetrahydrocannabinol, one of the main psycho-active compounds in marijuana) way back in the 60’s.

“Professor Mechoulam has quite a bio. Born in Bulgaria in 1930, he miraculously survived the unprecedented upheaval of the Second World War and found his way to Israel in 1949. He studied chemistry and biology at the Hebrew University, and conducted research directed towards the formulation of improved insecticides (insects are a perennial scourge to Middle-eastern fruits) whilst serving in the Israeli Army. He received a junior faculty position in the chemistry department of the Weizmann Institute in Rehovot, and chose to work on the chemistry and the natural mechanisms of cannabis, a plant which had not been given much attention by modern science.”

In an e-mail exchange with Mechoulam, he relates the “only in Israel” story of how he managed to get a hold of marijuana, an at-the-time illicit substance:

“I went to the administrative director of the school and asked him if he knew anyone at police headquarters. He called the police’s head of investigations, with whom he had been together in the army. I heard the police officer asking ‘Is he (meaning me) reliable?’ On receiving a positive answer, he asked me to come to Tel Aviv and thus I obtained 5 kg of superb, smuggled Lebanese hashish. I took a bus back to Rehovot, nobody in the bus realizing that the smell from my bag was from hashish. Later we found that The Ministry of Health was in charge of illicit drug licensing and not the police, and I had broken the severe drug laws. Luckily, being ‘reliable,’ I just had to apologize.”

Moskowitz says, “He was lucky to get that hashish, and because of his penetrating research, Professor Mechoulam was the only person I could find who was in a position to provide me with a scholarly breakdown of just what marijuana is and why its cascade of effects on human physiology and psychology take place. His mentorship got me to the point that I was confidently able to standardize effective doses and administration of medical-grade cannabis for my patients; I was finally in a position to heal.

“THC has a stimulating effect on the body, while CBD (Cannabidiol, marijuana’s other psycho-active molecular compound) has a comparatively sedating impact. A pain-reducing strain of marijuana should have just the right ratio of THC to CBD; a person will ideally benefit from the differing analgesic components of each compound without being overstimulated or sedated.”

Dr. Moskowitz points toward his treatment room. “A patient of mine, we’ll call him Kenny, has done very well with medical marijuana and is sitting in the adjacent room, just beyond the closed door. He knew you were coming, and is happy to discuss his personal journey with you”.

I greet Kenny, a heavy-set man in his mid thirties with a sweet-faced aura that belies a quiet intelligence, and invite him to share his story.

“I was diagnosed with diabetic neuropathy,” Kenny explains. “Working a long day on my feet running logistics for a large distribution center in Queens exacerbated the neuropathic pain to the point that I wasn’t able to sleep at night. For far too long, I was essentially controlling the fire in my feet and legs with doctor-prescribed opioids. I kept upping the dose I was taking in response to it’s lessening analgesic effect, and it didn’t take long for me to run out of pills. I ended up turning to the street because I knew that was where I could score the opiate par excellence: Heroin. It wasn’t long before I suffered a near-fatal overdose. That was my moment of truth,” Kenny says, softly. “I came to Dr. Moskowitz for help, and we tried other medications like Neurontin and Lyrica to treat my neuropathy and ease my withdrawal from opiates, but nothing worked. Then he asked me if I’d consider medical marijuana.”

“Answering yes absolutely changed my life. My neuropathy is virtually gone and my diabetes is under control. I no longer care for opiates.

“It took a few months. But now? Even the THC pills that Dr. Moskowitz prescribed me are something I only take once in awhile. And it’s not like the pot I smoked when I was a kid, this doesn’t get you all high and euphoric; it just takes the pain away and give you a gentle boost.”

Using medical marijuana to help those who are dependent on substances like heroin led Moskowitz to think of his approach as a “reverse-gateway” process: Instead of adopting the common misconception of marijuana as a “gateway drug” that leads its users to get hooked on other potentially-fatal drugs, medically-prescribed cannabis is successfully getting patients off substances like heroin.

And it’s potential to become a first-line treatment is already well on course, with 29 states having passed legislation that has legalized medical marijuana over the past two decades.

“I think of all the lives I can save, and it emboldens me to do more,” Moskowitz says, shaking a fist as I debrief with him back in his office.

“One approach we’ve been using recently to reach out to those looking for a way to effectively treat their chronic pain has been through harnessing the power of the web and search engine optimization (SEO); by way of example, Google “New York marijuana doctor” and see what comes up as the first hit,” Moskowitz says with a smile.

“We’re actually working on opening a second clinic; there’s a clear and present demand for our unique brand of expertise throughout the tri-state area.

“It’s rough going though: There’s tremendous pushback from the pharmaceutical-industrial complex; it’s essentially their powerful political lobbies that are preventing this simple, unpatentable plant from gaining mainstream acceptance, both legally and societally.”

“But it will happen,” Moskowitz says. 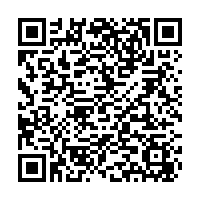