“It burned for almost 24 hours,” explains Aviram Shaul. He’s referring to the armored personnel carrier that carried nine IDF Golani Brigade soldiers into the heart of the Gaza’s Shujaiyeh neighborhood on July 20, 2014, during the first days of Operation Protective Edge. Among them was his younger brother Oron.

“That’s why it took the army almost a day to realize my brother was missing,” continues Shaul, “In the hours before the IDF confirmed that a soldier was unaccounted for, Hamas was already broadcasting that they were holding an Israeli soldier, and that his name was Oron.”

Five days later, the army officially changed Staff Sergeant Oron Shaul’s status from “Missing Soldier” to “Soldier killed in action whose burial site is unknown,” based upon evidence retrieved from the tunnel he was dragged into. This summer it will be three years that Hamas is holding his body hostage, along with that of missing soldier Lt. Hadar Goldin.

Aviram Shaul, Oron’s brother, arrived in the United States last week for a whirlwind series of meetings in New York and in Washington with lawmakers, State Department officials, diplomats, and leaders of the Jewish community. He hopes to shore up international awareness and support for the campaign to pressure Hamas into finally releasing the remains of Sergeant Shaul and Lt. Goldin. This week Aviram sat down with JewishPress.com to talk about his trip.

JewishPress.com: Can you tell us about your brother?
Aviram Shaul: It was after midnight on July 20 2014, the night between Saturday and Sunday, when Oron, together with eight other soldiers from the Golani Brigade, entered Gaza on an armored personnel carrier. As they drove through the neighborhood of Shujaiyeh, their vehicle got stuck. It was a mechanical problem. The boys got out to fix it – these were nine close friends – and were immediately hit with a barrage of missile fire. When it was over, 6 were dead, 2 were injured, and one had been dragged – kidnapped – down into a tunnel. The armored vehicle burned so hard, and so long, it took a while to realize that is was Oron who was missing.

JewishPress.com: Why are you in the US now Aviram?
Aviram Shaul: Since what happened with Oron, our family has entirely devoted itself to returning him, along with Hadar Goldin, home to Israel for a proper burial. I began working towards that goal fulltime 6 months ago, after my father passed away. Part of that work is in the international arena. We want the world community to put pressure on Hamas to release the bodies. Unfortunately I’m here alone now because my mother is also battling cancer. I started this trip in Washington, where I met with senators, congressmen and government officials. Now I’m in New York, meeting with diplomats, UN officials, and Security Council member states.

JewishPress.com: What do you tell them?
Aviram Shaul: I approach it on a humanitarian level. I tell them what happened to Oron and Hadar, and point out that International Law requires, at the end of any conflict, that both sides unconditionally and immediately return all prisoners-of-war and bodies of dead soldiers. The State of Israel is super-compliant with this and we expect – we demand – the same in return. I also go over the facts: Hamas is the party that consistently blocks every deal on the table.

JewishPress.com: What kinds of reactions are you receiving?
Aviram Shaul: Everyone seems to be touched at least on a humanitarian level, if not on a political one. I think the concept of a soldier leaving for battle and never returning is a universal one. So far nearly everyone I’ve met with has committed to doing what they can to bring Hamas to the table.

JewishPress.com: Aviram, you have more on your plate than any 25 years old should. Where did you find the strength to carry on alone after you lost your father last September?
Aviram Shaul: I’m all Oron has. Our father passed away, our mother is very ill. And our youngest brother, Ofek, is still in High School. In the days and hours before my father died he kept asking me not to give up. When Oron first went missing, the expectation was that we would all be reunited with Oron. It’s too late for my father, and I know time is running out for my mother. I’m doing my best to get him home in time.

JewishPress.com: Would you say you’re returning to Israel feeling more optimistic than when you left?
Aviram Shaul: To say I’m feeling optimistic as a result of the formal meetings would be a reach. These things go very slowly. But what I am returning to Israel with is a tremendous sense of sense of support from the American Jewish community. I feel like they have my back. And that gives me energy to go on.

JewishPress.com: What can Jewish Press readers do to help?
Aviram Shaul: The number one thing is to work to raise awareness about Oron and Hadar. At school assemblies or community events, even around the dinner table. Let people know that there are two families in Israel for whom Operation Protective Edge has not yet ended. 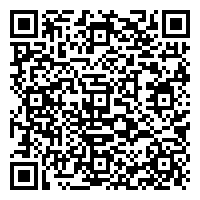