Practically “everyone” in the frum world has heard of Shlomo Carlebach. How many know, though, know that Shlomo had a twin brother, Eli Chaim?

This brother served as rabbi of Hillside Jewish Center in New Jersey and was co-rabbi with his more famous brother at the “Carlebach Shul” in Manhattan’s Upper West Side. He also, interestingly, was married to a scion of the Lubavitch Schneerson family, Hadassah Carlebach, 91, whose father is credited with saving the lives of over 100 Jewish children in France during the Holocaust.

Mrs. Carlebach: We come from the oldest son of the third Lubavitcher Rebbe, the Tzemach Tzedek. The Rebbe’s father and my father were first cousins….

My father had a very close relationship with the Rebbe. When the Rebbe’s mother came to Paris, she stayed in our home and shared a room with my mother. We were also all very close with Rebbetzin Mussia [the Rebbe’s wife].

What was it like growing up in a Schneerson household?

We never had to bank on our yichus. We lived in the USSR during the era of Stalin, and the only consciousness I had of my yichus is that it required us to do more.

I remember one winter night my father said to me, “We’re going to play a game tonight. We’re going to sleep on the porch. It’s going to be wonderful. We’ll see the stars and keep very warm under the covers.” So I cuddled up, and it was wonderful. What I didn’t realize was that he wanted to block the entrance to the house so that the people inside should be able to escape from the back if the authorities came.

You were a young girl at the time. Were you aware of the danger surrounding your father’s work?

Yes. I knew I could not let loose with being happy or even speaking. Every word had to be measured. There were informers all over. That’s why when we came to Eretz Yisrael [in 1935] when I was eight, it was such a liberating feeling. I could breathe. I could laugh. I could speak.

If you were in Eretz Yisrael in 1935, how did you wind up in France during World War II?

My father stayed in Eretz Yisrael for only 72 days. At that time Palestine was very socialistic and the rabbanim were squabbling and my father felt there was no room for him.

He decided to go to the United States, but not without first seeing the [sixth Lubavitcher Rebbe] in Poland who advised him to go to France and take up a position left vacant by the passing of Rabbi Yoel Leib Herzog, who was the father of the first Ashkenazic chief rabbi of Israel.

Your father is credited with saving over 100 children in France from the clutches of the Nazis and French police during the war years. How did he do it?

When the deportations of Jews [to concentration camps] began, he hid groups of children in remote farming areas. Some of the children were smuggled across to Switzerland; [others survived in hiding until France was liberated by the Allies].

I remember one wonderful group of yeshiva boys who were tragically caught and deported to Auschwitz. It was a terrible blow for my father.

According to a recently-published book, Saving One’s Own, you helped your father hide these children and helped relay messages from one hiding place to another. You were so young; how did you manage?

You were married to Shlomo Carlebach’s twin brother for 40 years. What was he like?

Shlomo was a personality. He was a very good storyteller and a great musician. My husband was a little bit more of an introvert.

Were the two brothers close?

Yes. They even had their own language – Pig Latin – so that their mother wouldn’t understand. That’s how they spoke to each other [as adults] when they came back from a trip. They would always compared what new sefarim they found.

How did you – a Schneerson – marry into the Carlebachs, which was a distinguished German-Jewish rabbinic family?

When we came to the United States, we lived on the West Side of Manhattan, and my father needed a minyan. My husband’s father and uncle, who lived in the neighborhood, offered to make a minyan and then somebody suggested the shidduch.

My husband was a total Lubavitcher by then. He had met the [sixth Lubavitcher] Rebbe in Baden bei Wein where people went for the curative waters. My father-in-law was very open-minded and used to bring his children to rebbe’im for berachos.

Both your husband and his brother Shlomo learned in Lakewood. How did they wind up in Lubavitch?

Their father first enrolled them in Torah Vodaath and then sent them to Lakewood, but Lakewood didn’t treat them very nicely. It was customary to give the boys a stipend, but they didn’t get it because they were considered chassidim. When they would look at a chassidishe sefer, the top people there would say, “You might as well be reading a newspaper.”

So one day – I think it was after Shavuos – my husband and Shlomo were on the bus going back to Lakewood, and there was this rule that before entering a tunnel busses had to stop and open the door. That day my husband said to Shlomo, “When the door opens, I’m getting off the bus. I’m not going to Lakewood anymore.”

So my husband got off and went to learn in Lubavitch in Crown Heights. My mother-in-law knew a gvir who gave a sizeable yearly contribution to Lubavitch, so she pressured him to withhold his contribution [as long as her son was studying there].

My husband’s teacher told him he had to leave, so he walked out and learned in Chaim Berlin for a while. But he was soon in Lubavitch and they didn’t kick him out again.

Aside from serving as the rabbi of the Carlebach shul, what would you say were your husband’s life accomplishments?

He devoted most of his life to finding lost kesavim and publishing them. At one point he had 40 people working for him. He created an organization called Zecher Naphtali in memory of his father in 1960, which published these works.

Is it true that he was very close to the Bobover Rebbe?

When the Bobover Rebbe came to the United States, he lived on the West Side of Manhattan a few blocks away from my husband’s family. He barely had a minyan or anybody at his tisch, so every Friday night, my husband and Shlomo would run over to the Bobover Rebbe after [the family meal] finished.

They loved his chassidishe stories, and the Bobover Rebbe appreciated them coming very much and was mekarev them.

Shlomo Carlebach was a somewhat colorful and controversial character. As his sister-in-law, what were your impressions of him and his outreach work?

I only saw his caring and kindness to people and the intelligent way he had of approaching them. I was very impressed with his warmth.  I never came in contact with [the controversial aspects]. I was not a groupie. But we did used to go to his concerts quite a few times; I loved his music.

You have a granddaughter who is married to a Chabad shaliach in California with Lou Gehrig’s disease who, amazingly, writes a dvar Torah for the masses every week with his eyes since he can’t move his hands or even speak. It must be difficult for the family.

He and his wife view this tragic situation with such courage that it has served as a tremendous lesson for me. “Modeh Ani,” which we say upon arising in the morning, has now taken on a whole new meaning. 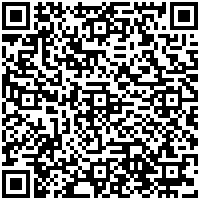