Who else was involved in the hijacking?

In June 1970 Mark Dymshits, a former military pilot and major in the Russian air force, along with Eduard Kuznetsov, a recognized dissident who had already served a seven-year prison term in the Soviet Union, led us in this mission. Originally we had thought our goal would be to show the world that this movement was not just composed of young Jewish men but of all Jews, so we were going to try to hijack a big airliner and fill it with Jewish families.


We bought up all the tickets on a small plane under the guise of a trip to a wedding and were going to fly it from Leningrad to Sweden where we intended to hold a press conference asking world Jewry to help us in our quest for freedom. There were twelve of us aboard. With us were Sylva Zalmanson, who was Kuznetsov’s wife, and two non-Jews, Yuri Federov and Aleksey Murzhenko. We had planned to pick up four more people in the forest. But we were then arrested and charged with treason. It was clear the KGB knew of our plan, since we were arrested as we got close to the plane. After our arrest the Soviets initiated a crackdown on the Jewish and dissident movement.

What did the KBG do to you subsequent to your arrest?

They tried to break our resolve by threatening us with the death penalty. They thought that by doing so they would get us to condemn Zionism and urge other Jews in the Soviet Union not to be involved with Jewish causes and Israel. We were interrogated for six months until our trial. The goal of the KGB was to have us perform like puppets in the courtroom.

Rather than being manipulated by the Soviets and used as a propaganda tool, however, we did not rail against Zionism but instead declared in no uncertain terms that we are loyal to the Jewish nation, to Am Yisrael, and we demanded free Jewish emigration to Israel. We chanted “Let My People Go” in the courtroom.

Do you think your actions caused the Soviets to relax their emigration policy?

They were very worried about the tidal wave of international pressure and knew they could not withstand an economic boycott. Eventually they started to allow more Jews to emigrate to Israel and within a year after our trial some 17,000 Jews had left. I think the Soviets never thought all those Jews would actually leave if given the opportunity. The year after that, 35,000 Jews emigrated and I think the Soviets were totally shocked.

You were sentenced to 15 years in Soviet prisons. What was life like for you and the others?

I was in eight different labor camps and prisons in Siberia and Moldavia in the European mountain region. It was always a struggle, as a Soviet prison is tantamount to a work camp. Before my arrest, I was becoming a religious Jew and I did not give up on my commitment to being a believing Jew while in prison. Even though it was illegal to do so, I exhorted other Jewish inmates to observe Shabbos, to daven, and to learn Torah.

I knew my time in prison would be well spent if I were able to have an impact on my people. As a result, I was punished severely by the authorities and for three years of my sentence I was imprisoned under brutal conditions. I was transferred from the labor camp to a closed prison called Vladimir and I was essentially locked away in my cell. I eventually finished my term back in the labor camp and was with other nationalist groups such as Ukrainians and Lithuanians who were fighting for freedom.

When Natan Sharansky was arrested in 1977, I spent time with him in prison and came up with original ways of communicating, which I speak about in my book. Even though we had very little news from the outside world, in 1978 Sharansky told me things were being done for us by American Jews. We were only allowed to read the government-run newspapers, such as Pravda and Izvestia, and Russian newsletters. It was not easy being a Prisoner of Zion in Soviet camps, and news of those helping us in America and other places bolstered our spirits in immeasurable ways. 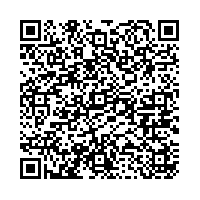