Writing about Israeli politics can sometimes be a depressing endeavor, but P. David Hornik has been doing it consistently for over a decade for such media outlets as FrontPage Magazine, Pajamas Media, American Spectator, and The Jewish Press.

“I think it’s an important role to play. I take it very seriously,” Hornik said about writing for non-Jewish websites and publications. Born to secular parents in America, Hornik moved to Israel in 1984. “I had a pro-Israel passion which became an identification,” he explained, “until I realized that the only authentic thing I could do was make aliyah.”


“The Jewish Press recently spoke with Hornik about unfolding events in the Middle East, as well as his new book, Choosing Life in Israel (Freedom Press), which contains 70 of his best articles.

The Jewish Press: Secretary of State John Kerry was back in the Middle East last week pushing for Israeli-Palestinian peace negotiations to resume. Does Kerry really believe the Palestinians have the slightest interest in peace? Why is he pressing this issue so strongly?

Hornik: It’s a good question, and I have to admit that when I first heard that Kerry was making this big push on the Palestinian issue, I was amazed. This is delusive behavior.

But what is Kerry thinking?

People have this idea that the Palestinian issue is the root of the Middle East’s problems.

I also think there has to be a subconscious anti-Semitism functioning among some in the U.S. foreign policy establishment because it’s the [old canard] that “the Jews” are the root of the problem. It’s Jews building communities in Judea and Samaria, it’s Jews supposedly not really wanting peace – that’s what’s mucking everything up.

But with Syria exploding, Egypt exploding, Lebanon exploding, Iraq exploding, and Jordan in danger, they can’t attribute this to the Palestinian issue any more. They’re going to have to get out of this. That Kerry is still in it frankly amazes me.

Israel nonetheless agreed last week to renew negotiations with the Palestinians, apparently also agreeing to release 100 terrorists from jail. What do you make of all this?

It’s an unfortunate concession. Kerry may have wrung it out of Netanyahu with threats that if he didn’t agree to at least one of the Palestinians’ preconditions and the talks failed to materialize, the U.S. wouldn’t back Israel when the Palestinians go to the UN to get international backing for their claims on statehood and territory.

Nevertheless, this concession puts these talks – which already are in a bad light – in an even worse one. For the same reason that attempts at an ultimate Israeli-Palestinian compromise have always failed, this one too will fail. For deep-seated religio-cultural reasons, the Palestinians are incapable of recognizing and accepting Israel.

So you don’t think anything will come of these talks?

At this point, it’s not at all clear if they will even move past the talks-about-the-talks stage. It would be my preference, however, that the Israeli cabinet reject the current plans if they include a prisoner release, signaling that this time around Israeli lives and fundamental norms – such as punishment for the crime of murder – will not become playthings. If this incurs anger and penalization by the Obama administration [so be it].

In any event, I doubt that such penalization would occur because the pro-Israeli climate is so strong now in Congress and among the American population. [If necessary, though,] I think Israel should try to ward it off by turning to pro-Israeli actors in Washington and elsewhere in the U.S.

In Choosing Life in Israel, you write about far-left American-Jewish groups such as J Street that seem to work against Israel’s interests. How do you explain such behavior?

It’s hard to be a Jew. It’s a small people subject to anti-Semitism, and a weak person – a person without too much character, backbone or loyalty – thinks, “Why do I have to endure this?” At the same time, though, he doesn’t want to look like an absolute coward and convert – like Jews did in Europe 100 years ago – and he’s also probably so unreligious anyways that converting is not an option for him. So instead, he converts to what he sees as the prevailing intellectual tendency of abusing and criticizing Israel. 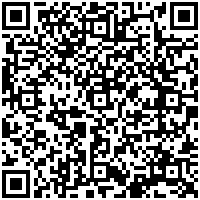