On the eve of her expected reelection victory, New York Senator Hillary Rodham Clinton met with the editorial board of The Jewish Press.


The former first lady (and current front-runner in opinion polls for the Democratic Party’s 2008 presidential nomination) spoke at length about Israel, the ongoing war in Iraq, and the war on terror. Following are highlights of the discussion:

Sen. Clinton: First, I don’t think we should have pushed for an election in the Palestinian territories. I think that was a big mistake.
If we were going to push for an election, we should have made sure we did something to determine who was going to win instead of signing off on an electoral system that advantaged Hamas.

That, to me, was a first step that led Hizbullah to take the actions that it took [killing and kidnapping Israeli soldiers and firing missiles into Israeli population centers]. What has concerned me is that I don’t think our or Israel’s intelligence was very good at uncovering what Hizbullah had developed in the last six years.

Frankly, the American intelligence didn’t know how dug in Hizbullah was, how many rockets they had, where they were going to be launched from and what the range was.

I think, based on what I know, that a lot of damage was inflicted on Hizbullah’s capacity. But that capacity is not destroyed and has not disappeared. Thus, Hizbullah, the Syrians and the Iranians have been emboldened.

This was a problem of situational awareness and about what we were up against. This is a longer-term issue for us and for Israel as we try to figure out how we’re going to get a better grasp of what we’re up against.

Do you think the peacekeeping forces on the Israeli-Lebanese border will be effective?

I don’t have a lot of confidence in what the peacekeeping forces will do, because nobody’s willing to say that they’re willing to disarm Hizbullah. That’s the problem. UN Resolution 1701 [which ended the war] originally said that you had to go in and disarm Hizbullah — but there was no effort to do this at the time, and now we’re trying to play catch-up. They initially said the Lebanese army’s going to do it, but that’s not going to happen.

Is it worth talking to Syria, from the perspectives of the U.S. and Israel?

You know what? I’m pretty much of the mind that I don’t think it hurts to talk to people as long as you’re not stupid in giving things away. I would argue that we don’t know what’s going on inside Iran and Syria. I just want us to get better info. We don’t have good info.
I asked the Israelis if [Syrian President Bashar] Assad is really in charge. They said they weren’t sure. So I suggested that we get something going to see who is pulling the levers of power in order to try and figure out how we can influence them.

Please explain your strong criticism of President Bush’s Iraq war strategy after you voted to give him authorization to topple Saddam Hussein’s dictatorship.

I guess I hae been more willing to criticize the administration’s conduct of the war than some [of my Democratic colleagues]. I don’t know why they wouldn’t put in more troops.

Why wouldn’t they follow the military plans that had been drawn up previously by Gen. [Anthony] Zinni and others? Why did they create this awkward entity known as the Coalition Provisional Authority, which was a disaster, diplomatically and strategically?

But I voted to give the president authority and I’ve said many times that I regret the way he used the authority. I haven’t said I made a mistake or I wouldn’t have given it to him again. I made the best decision I could at the time, based on my assessment.

I think my position differs with the administration largely with respect to the execution and implementation of the policy, which I think has been a terrible series of blunders.

There are many people in the Democratic Party who are pushing for the U.S. to leave Iraq. What about those folks who say “cut and run”?

Well, I’m not saying that. I’m saying that if we don’t change what we’re doing, our chances for success are pretty limited. This undermines our capacity to take action that is in our interest and in the interest of Israel and our other allies.

I’ve joined onto a very reasonable proposition put forward by Senators Carl Levin (D-MI) and Jack Reed (D-RI), which says we’ve got to do three things: You’ve got to have an internal political process in Iraq. We haven’t told the Iraqi government, “You’ve got to deal with the unfinished business, and we’re going to push you to do it and we’re going to help you do it, but we’re not going to stand by and have you ignore doing it.”

Second, why haven’t we done more to put Iraq’s neighbors on the spot? This international process would say, “You have a big stake in the survival and stability of this regime — you, Saudi Arabia; you, Jordan; you, Kuwait.”

And third, we have to send a message to the Iraqis that they’ve got to do a better job of securing themselves, which is where this concept of phased redeployment comes.

But this proposal says nothing about cutting and running. It says to the Iraqi government, “You’ve got to disarm your militias. You’ve got to rein in your Interior Department, which has been a haven for death squads. You’ve got to get the Islamic clerics, both Sunni and Shi’ites, to issue fatwas (Islamic decrees) against this sectarian violence.”

There’s a lot we could be doing. And you know what? I don’t see it.

How do you view the war on terror?

In this new type of war, we have several big tasks ahead of us. First, we must do everything possible to prevent any of them — Iran, Al Qaeda and the like — from getting nuclear weapons or other types of weapons of mass destruction. That’s the ballgame.

I don’t think our strategy is working. Six years ago, North Korea and Iran were not as close as they are today to having nuclear weapons. Let’s ask ourselves, “What do we need to do differently to be more effective?” Let’s get the best people we can to deal with this problem. And let’s have a robust discussion and not shut people’s ideas down because they don’t agree with yours.

That’s one of my criticisms of the administration, which has the attitude that it’s their way or no way. I’m not sure any of us have the way. That’s why we need, in a democracy, a vigorous debate. There are a lot of people who may have some good ideas that have basically been ignored up until now. 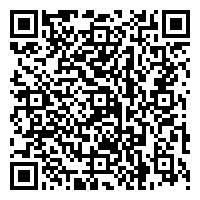