Reform Judaism was sweeping Germany in the early 19th century. Those Jews who opposed it were derided as old-fashioned and out of touch. Halachic responses were penned in Hebrew and ignored by a younger generation enraptured by Enlightenment ideas. And then, in 1836, Nineteen Letters by Rav Samson Raphael Hirsch appeared. Written in highly polished German – revolutionary in itself – the work surprised many by embracing the modern era while also arguing for strict adherence to halacha, which Rav Hirsch saw as a system not of dry ritual but of pulsating idealism.

For many, Rav Hirsch’s treatise provided desperately needed intellectual ammunition to counter the Reform movement and thus marked the beginning of a newly resurgent Orthodox Jewry in Germany.


To learn more about Nineteen Letters, The Jewish Press recently spoke to Rabbi Dr. Moshe Miller, author of a chapter on the seminal work in Books of the People, co-published by Maggid Books and Yeshiva University’s Straus Center for Torah and Western Thought. Consisting of 12 chapters, each written by a different author, Books of the People covers such famous treatises as Rav Saadya Gaon’s Emunos V’Deyos, Rav Schneur Zalman of Liadi’s Tanya, and Rav Joseph B. Soloveitchik’s Halakhic Man.

The Jewish Press: Rav Hirsch advances a number of what some might consider controversial ideas in Nineteen Letters. One of them is his rather liberal view of non-Jews. Can you elaborate?

Miller: Rav Hirsch very much stressed the humanism of Judaism. For him, the notion that Judaism allows treating non-Jews with a lower standard of ethics is blasphemy. It’s totally anathema to his way of looking at things. And he’s consistent throughout his writings – including those in Hebrew – about the need to treat non-Jews with dignity and respect and, as he writes in Nineteen Letters, to “bear love in our hearts” for them.

How does Rav Hirsch reconcile his view with statements in rabbinic literature that seem to discriminate against non-Jews?

Rav Hirsch accepts the view, famously championed by the Meiri, that the Talmud doesn’t discriminate against non-Jews. It discriminates against pagans who worshiped false gods and behaved in a very immoral and barbaric fashion.

But non-Jews who subscribe to a higher system of morality – even if they’re imperfect in their personal lives – should be treated on the same level as we treat Jews, without distinction.

You write in your Ph.D. dissertation thesis that this halachic stance vis-à-vis non-Jews was actually standard among 19th-century German rabbanim.

Yes. It was the view of Rav Hirsch’s rebbeim, Chacham Isaac Bernays and Rav Yaakov Ettlinger – known famously as the Aruch LaNer – as well as such rabbis as Rav Azriel Hildesheimer, Rav Dovid Tzvi Hoffman, and Rav Marcus Mordechai Horowitz.

You point out that Rav Hirsch believes non-Jews have a role in bringing about the messianic era.

I’m glad you mentioned that because it’s a very important point. For Rav Hirsch, all mankind is precious to God and all mankind has an important role to play in bringing about the complete redemption of the world.

For Rav Hirsch, when Hakadosh Baruch Hu chose Klal Yisrael to be the am segulah, He was not rejecting the rest of mankind. Rather, mankind was in need of a model nation to show them what an ideal national life, and ideal individual lives, would look like. Our goal, and hope, is that other nations lead upright moral lives, and if they do, they will play an important role in bringing about the redemption of the world.

For Rav Hirsch, therefore, the moral wellbeing of the world at large is critical. Rav Hirsch would never be able to say, “It doesn’t matter if secular societies pass [immoral] laws because they’re just goyim and it doesn’t really affect us.” If non-Jewish society passes laws antithetical to Torah ideals, that is a tremendous setback. It means the world at large is not living up to its calling.

Another somewhat controversial position in Nineteen Letters is Rav Hirsch’s definition of Torah lishmah, which is a bit different from the standard view.

You say “standard” because we’re so used to the shitah of Rav Chaim Volozhin, zt”l, which became the shitah of the Lithuanian yeshivas. Rav Chaim held that Torah lishma basically means studying Torah for the sake of knowing Torah. It’s about becoming knowledgeable in the dvar Hashem; it’s an end unto itself.

Rav Hirsch disagreed. He believed, on the basis of earlier authorities, that Torah lishma does not mean studying Torah for the sake of just knowing Torah, but rather studying for the sake of being able to carry it out in our lives.

Is that why he criticizes pilpul in Nineteen Letters?

Rav Hirsch understood pilpul as essentially an abstract way of approaching the Talmud –that one is not studying Talmud with the goal of understanding what Talmudic law actually is, but rather as an exercise in mental gymnastics and a way of showing off one’s sharp wisdom.

That’s actually Rav Hirsch’s explanation of Chazal’s statement that the Beis HaMikdash was destroyed because “shelo barchu baTorah techilah [they didn’t bless before studying Torah].” Does it mean they didn’t say the berachah? No. It means they approached Torah as an intellectual exercise rather than something that’s meant to imbue their entire life with meaning.

Torah im Derech Eretz basically was Rav Hirsch’s idea that whatever year and country you’re born in, that’s the context in which you’re supposed to live your life as a Torah Jew. And you should use all available resources to do so. So Hashem, according to Rav Hirsch, wants us to participate in the world around us. Hashem wants us to bring the values of the Torah to the wider world and apply them in all facets of our lives.

For Rav Hirsch, a Torah Jew is not just a Jew who studies in a beis medrash. That’s a very, very important thing to do, but the Torah is not relegated to that one sphere. Torah applies to anything we do. So a Torah-true Jew, for example, who has gone to law school and is a practicing attorney, is [applying] Torah im Derech Eretz if he can bring the values of the Torah to his legal practice.

[For some people] Torah is what you study when you’re in the beis medrash and what you teach your kids at night, but when you’re working in a non-Jewish firm somewhere in Manhattan, your goal is to make as much money as you can to support your family, yeshivas, and so on. For Rav Hirsch, that’s a distortion because what you’re doing effectively is compartmentalizing. You’re saying: When I’m learning Chumash and Rashi with my son, I’m practicing Torah, but when I’m working at a non-Jewish firm in Manhattan, I’m not practicing Torah.

Some people believe Torah im Derech Eretz means celebrating all of secular knowledge and culture. You relate, however, that although Rav Hirsch gave a famous speech in honor of the German poet Friedrich von Schiller’s 100th birthday, he told an acquaintance that he would have skipped town to avoid having to give a similar speech in honor of Johann Wolfgang von Goethe, whose writings he found immoral.

That’s a great anecdote. Rav Hirsch is expressing what I think is a key facet of Torah im Derech Eretz, which is that whatever knowledge we acquire must be evaluated through the prism of the Torah. Torah im Derech Eretz is not a carte blanche ticket to engage in anything you want and say this is part of Torah because Hashem wants us to know everything. Torah im Derech Eretz is very much about utilizing Torah as a yardstick by which we measure all the values we find elsewhere. So if we find values in other sources that conflict with the Torah we are duty-bound to reject them.

You can’t just do whatever you want and say, “Well, this is part of the world around us, we have to be part of it.” For Rav Hirsch, it’s doing things that are compatible with Torah.

Some people argue that Rav Hirsch didn’t really mean what he said regarding non-Jews or involving oneself with the world – that he just said these things because he wanted German Jews to remain observant. How do you respond?

You teach classes on Rav Hirsch at Lander College. How would you characterize your students’ reaction to his ideas?

Enormously enthusiastic. I’ve had students tell me that having gone through my class, they now want to follow Rav Hirsch and implement his ideas in their lives. They really relate to them. 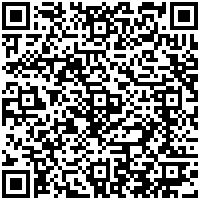