In an exclusive interview with the Jewish Press, former EU MP Paulo Casaca stated that there are a number of striking parallels between the 1979 Iranian Revolution, the 1917 Bolshevik Revolution and Adolph Hitler becoming Chancellor of Germany in 1933: “The three events have striking similarities in the way they unexpectedly propelled self-proclaimed saviors to the forefront of the world stage on the basis of platforms that are simultaneously revolutionary, global and totalitarian.”

According to Casaca, Ayatollah Khomeini had more in common with Stalin than Lenin since his writings are “rude and have no literary quality to the point where the Iranian theocracy keeps to this day a low profile on them. Ayatollah Behesti – killed in 1981 – was the intellectual number one, although the politically number two of the regime.”

Casaca emphasized that Ayatollah Khomeini was always an extremist opposed to the Iranian Constitutional Movement but it was only after he was introduced to the teachings of Maulana Ala Maududi, the founder of Jamaat-e-Islami, in Mecca in 1963 that he openly called for the overthrow of the Shah and the creation of an Islamic state. He claimed that Maududi directly influenced the formation of the present Iranian constitution and his vision encourages jihad under the control of holy jurisprudence, otherwise known as velayat-e faqih.

“One of the consequences of a totalitarian reading of Islam is that they can only accept a unique Islamic rule and vision,” Casaca proclaimed. He claimed that this radical interpretation of Islam is prevalent in Islamist circles, whether one is speaking about the Islamic Republic of Iran, ISIS, Al Qaeda or the Muslim Brotherhood. “This is the source of the ever-growing sectarian conflicts between the diverse jihadist outfits.”

“I am frequently puzzled to see how Western intelligentsia appeasing psychopathy goes through such intricate reasoning to avoid seeing the obvious totalitarian, imperial global nature of the Iranian theocracy,” he stated. “The best description of Iran’s regional ambitions and destabilizing role in the world is its constitution and the best way to understand it is to read it.” 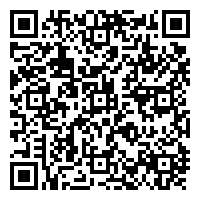