Whenever I contemplated their larger-than-life personas and legacies, which I had spent quite a bit of time doing in the past week, that same lofty image came to mind: Giants of the mountain…

And, with a bittersweet smile that came unbidden and quite unexpectedly, the truth hit me with crystal clarity – though the numbers and location differed fairly radically, the analogy was ironically one and the same.

On our quest to visit and experience as much of our beautiful “alter heim” as we possibly could before permanently returning to our national ancient “alter heim,” we traversed most of the length and breadth of the United States. We and our ten children visited dozens of magnificent national parks, and were inspired and awed by the stunning niflaos Haboreh. From the incredible hoodoos of Bryce, to the towering mountains of Zion, to the gorgeous waterfalls of Yosemite, we saw and appreciated it all. We “hugged” some of the world’s oldest and largest trees in Sequoia, marveled at the incredibly-hued Lake Tahoe, stood wonderstruck and breathless at Niagara Falls, and felt a sense of Divine reverence at the Grand Canyon.

Most of our family members preferred the natural wonders of Hakadosh Baruch Hu to the man-made attractions and tourist sites we included on our itinerary. However, we were all blown away when we visited Mount Rushmore in the Black Hills of South Dakota. The spectacular and exceptionally unique visages of the four presidents carved into the face of the granite mountainside were undeniably awe-inspiring, and especially striking when illuminated at night.

But for all the indescribable splendor of those imposing sixty-foot granite faces, those giants cannot begin to hold a candle to the undisputed giants we visited recently on a far holier mountain, namely Har Hamenuchos, on the outskirts of Yerushalayim, in the Holy Land.

Like David and Yonatan, the men who were my consecutive fathers-in-law had been friends in life and remain together even after death.

We were so privileged to have known and loved them, so enriched by their wisdom and warmth, and so devastated by their respective passing. Our collective world shall never be the same.

Both of our very own “founding fathers” were legends during their lifetimes, and remain so after their petirah.

The first, Rabbi Alexander Sender Gross zt”l, spent his time and energy navigating the globe, establishing yeshivos and day schools in various locations throughout the United States, Eretz Yisrael, and even in such far-flung places as Iran. He brought countless Yiddishe neshamos back to Avihem Shebashamayim, and along the way managed to be the catalyst for frum communities sprouting up in a spiritual desert and wilderness. He especially left his indelible mark on Miami Beach, Florida, where the Hebrew Academy he founded still proudly bears his name.

He never wasted a moment, pursuing his Divine mission with unparalleled alacrity and zeal, until he finished his life’s work, in record time and with flying colors, at the premature age of sixty-three. He left behind a bereaved family and community, including two single children, along with gargantuan shoes that were seemingly destined to never again be filled.

A number of years later, my wonderful mother-in-law made the very wise and fortuitous decision to marry my second father-in-law, Rabbi Raphael Pelcovitz zt”l, another physically diminutive “giant” who would, b’chasdei Hashem, remain by her side for the next nearly three decades. He was a renowned and highly respected rav, the fondly-titled Rabbi’s Rabbi, who served as the beloved rav of Far Rockaway’s White Shul for four decades before becoming its Rabbi Emeritus. He was also a prolific author and sought-after lecturer who brought great pride and esteem to the entire extended family. And, far more important to the scores of grandchildren and great-grandchildren who had never merited to meet their biological Zaidy, our Saba immediately became, and happily remained, the loving, caring, benevolent patriarch figure in their lives. They all loved him with passion and devotion, and he in turn deeply loved each and every one of them.

Both beautiful, supportive marriages lasted just shy of thirty incredibly full and productive years. And both of my legendary fathers-in-law returned their lofty neshamos to their Maker in the month of Adar. Exactly thirty-eight years and five days apart.

That is why, within the space of a mere five days, we found ourselves trekking up to both of their respective kevarim on Har Hamenuchos, to daven l’ilui nishmasam, and mourn our devastating dual loss. And that is likewise why our beautiful new grandson, who at eight days old had already been alive to witness the commemoration of the yahrzeits of his two giant paternal great-grandfathers, was proudly given both of their illustrious names to carry…

May the neshamos of these two great tzadikim have an aliyah, and may their proud six-and-a-half pound namesake bring nachas and bracha to them and to all of us, ad meah v’esrim shanim tovos. 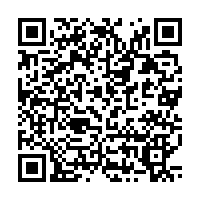