What do at-risk youth and more than 30,000 square feet of groceries have in common? The answer is Moisha Binik, founder of the popular KRM Kollel and Moisha’s Discount stores and ba’al chesed extraordinaire.

Approximately 25 years ago Moisha walked into a grocery store in Israel that sold items at cost price to rebbeim and young men in kollel and walked out determined to transplant the idea to his hometown of Brooklyn. Shortly thereafter he opened a grocery on 14th Avenue in Boro Park and began selling products at cost price to Kollel yungeleit, Rebbeim, and large Mishpachos, hence the name KRM, known colloquially as “The Kollel Store.”


While other stores sold orange juice for $4.89, he sold it for $2.89. Similar discounts were offered on a wide range of products. He absorbed the overhead costs himself and recruited family members to man cash registers and help with the overall running of the store. He intended this tzedakah venture as a z’chus l’ilui nishmas for his father, Mordechai Binik.

As its popularity spread, the store outgrew its original quarters, so Moisha found 15,000 square feet of space on 39th Street. At that point, however, there was no way he could afford to buy or maintain a location that size, so he bought 5,000 feet and the owner built a wall to block off the remaining space. Over the next years the store expanded, eventually taking over the remaining space and then some, opening up to the general public as well.

Flatbush residents clamored for the same and so about ten years after the launching of KRM, Moisha’s Discount opened its doors. “And it was the same story,” says Brachia Binik, Moisha’s brother. “The lines were literally up the aisles, but it was worth the wait for those who needed it.”

In order to facilitate a more comfortable experience, Moisha’s Discount just underwent a major expansion, more than doubling the size of the store, which now provides a parking lot as well. Currently it boasts 14 checkout counters, a greater variety of items, and fresh pizza, sushi, and baked goods on premises. The meat department doubled in size and now provides the Sephardic hashgacha BYL.

Seasonal items are also a strength. “Our Purim selection is second to none, except maybe the Kollel Store,” says Brachia.

While the products are no longer sold at cost, the markup is extraordinarily low. And whatever profit there is goes right back to the community. Millions of dollars go toward a credit program in which families who live below the poverty line are given a “credit card” from the store with which to pay for groceries. That way they can shop alongside their neighbors without any embarrassment. Funds are also channeled to two kollels as well as a program that funds weddings for those in need.

So where do at-risk youth come into the picture? About 20 years ago, a friend approached Moisha at his store and asked him if he was aware that there were children from frum families using drugs and engaging in host of other self-destructive behavior.

Moisha was just as unaware of it as many other people at the time and so his friend quickly introduced him to several young people hanging out right outside the store. Shocked that these boys were wasting away their lives, Moisha cut to the chase, asking, “So what are we doing about this?”

Recognizing the importance of earning the boys’ trust, Moisha and his friend hatched the idea of meeting the boys on their own turf by opening a pool hall of their own to compete with the scene at a popular pool hall on Kings Highway. They went to the Novominsker Rav for approval of their unusual idea and were told, “Don’t even think about it until you are prepared to make it look as good as the one down the block.” To which Moisha instantly agreed.

Launching the important service called Our Place was no small feat but Moisha saw the plan through, funding it from beginning to end. Today there are two locations, one for boys and one for girls, which provide a variety of outlets such as a pool hall and exercise equipment, as well as important services like counseling and a GED program.

Most important, it is a place for these teens to feel loved and accepted. It is here that they first regain their footing and get back on track toward a healthy, productive life. Moisha threw himself heart and soul into the project, spending time at Our Place getting to know the kids there, even hosting one of them in his basement.

Touched by the dozens of struggling teens he has met, Moisha decided early intervention would perhaps stanch the increasing flow of children at risk. He began funding a mentorship program in several Lakewood elementary schools that trains teachers to recognize at-risk young people before the situation degenerates and provides necessary counseling to those for whom it is necessary.

Driven to help in whatever way he can, immediate action is Moisha Binik’s signature mode of operation. “Get me $30,000 now,” he tells Brachia. “There’s a wedding that is about to be called off because one side does not have the money to provide for their share of the costs.”

The widespread sentiment in Boro Park and Flatbush is that the community owes a tremendous amount of gratitude to this humble man who manages to keep the money he earns cycling back through the community.

“He doesn’t see money as something for him to use,” his brother says. “He still has the same furniture as when he first got married.” 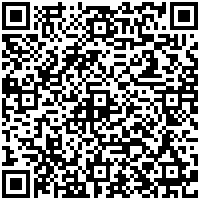