There is no question that musically-talented frum women are beginning to find their place. Opportunities for them to perform for female-only audiences are increasing and there are a number of active networks, like the Kol Isha Facebook group and the ATARA conference, where they can connect with other frum women performers like themselves.


Abby, whose ambition is to be a professional composer, is in the seventh grade at Bais Yaakov of Queens. Most weeks, in addition to her schoolwork, Abby spends up to eight hours a week on her musical pursuits, which include piano and music theory lessons, practice time and theory homework.

Her mother, Rifka, describes how the family came to recognize Abby’s musical gifts. “Abby is [third] of four sisters. She would hide in the room when she was very little, listening to her older sisters’ piano lessons. She always sang with perfect pitch. When she was about two, she sang Bach’s little fugue pitch perfectly. I have no idea how she ever had the chance to hear it or learn it. So it was evident that she was musical, but our piano teacher would not take her on until she was six.”

At 12, she’s already got some impressive accomplishments under her belt. She’s most proud of two things. “In 2016, I won first prize in the junior division of a national composition competition. It was run by Piano Explorer, a music magazine. Second, I was too young to be eligible for a program called Luna Composition Lab, where teens compete from all over the United States. But I applied anyway, and was given an honorable mention, even though I was not eligible.”

She also composed a song for Lipa Schmeltzer that is scheduled to be released this coming June. “Studying music theory and trying to master the rules of composition is much more difficult than actually composing for me. So composing a song is relatively easy for me, but composing a song that abides by the rules of galant composition [a specific musical style], that is much, much harder,” Abby noted.

Rifka explains, “Among the things I do is help run an organization called ATARA, a nonprofit that supports frum artists. I see a deep need to support creative frum children, and while I think it’s so much better than it used to be, I believe that for these kids, creativity in whatever form, is an imperative. It isn’t a choice. And they need a space to actualize that creativity.”

While frum women performers often have to balance the demands of their lives as wives, mothers and professionals with their creative sides, Abby has a unique challenge in balancing the demands of middle school with her musical aspirations. Her mother explained, “It is so, so hard. Her school is amazing but very academically rigorous. And her piano teacher does not want to hear ‘Abby had to answer 25 parsha questions and she was up all night doing them’ and her Chumash teacher does not want to hear ‘Abby had a two hour piano lesson last night and that is why she was tired during the test today.’ So neither accommodates the other. Indeed, while I wish they would, I am not sure that is wrong of them.

“Last year, her recital came out during final exams, and that was unbelievably hard to balance. So yes, corners get cut, both musically and academically. She, Baruch Hashem, is a good student, and sometimes music gets the short end of the stick, and sometimes her dikduk homework does. It just isn’t possible for her to do it all.

“I wish there were a frum music school for her so that this kind of permanent overwhelmedness wouldn’t necessarily be part of the story. Last week, we were invited to visit a music high school in Manhattan where music classes are part of the curriculum. The other musicians Abby encounters are in schools like that, where ample time is made in their schedule for their music. Some are even homeschooled.

“In this way, Abby has it much harder. Not only because the school day is much longer, but also because there isn’t an automatic deference by the school to her musical obligations.”
Besides not having a community of peers and having to balance the demands of middle school with a burgeoning musical career, Abby faces other challenges as a result of her age. “I am too young to be eligible for many opportunities in composition. There’s a composer’s camp that I can be eligible for in two years, there is a national composition contest I can be eligible for in one year,” she said.

Rifka explained further that, for a while, “Abby took part in piano competitions. And these competitions are great in the sense that they set the bar really high, and kids get to meet other kids doing similar things to them and who are interested in the same music they are interested in. But it was so much pressure.

“And she is really petite, Her hands were tiny for her age, and her lack of a comfortable stretch made competing doubly hard because it limited her repertoire. So after two years of it, we stopped. Certainly her skills as a pianist are not developing as rapidly as they otherwise might were she still in the competition circuit, but she is much happier this way, and composition competitions bring their own kind of pressure.

“There are operas and compositions that we won’t let her watch yet, even though her musical education requires a deep exposure to the entire classical canon. There are also opportunities that she is just too young for. Even though she might be musically ready for them, I want to make sure she is also emotionally ready.”

Despite these challenges, many of which will likely ease as she grows into adulthood, Abby is crystal clear about the source of her exceptionality. “I understand that my musical talent and the amazing opportunities I get are from HaKadosh Baruch Hu, and I am very grateful for them.
“Hashem gave this talent to me. The hatzlacha comes with a lot of work, and I have been working very hard for many years. I understand that it comes with the responsibility to use it for good.” 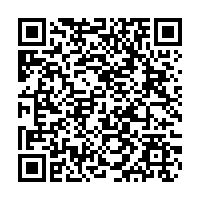