New York State Assemblymember Rodneyse Bichotte (42nd AD) is widely considered a rising star in New York politics, someone who likely will quickly move up the ranks as veteran members retire. She has become a familiar presence at Jewish events and in fact is often the only black elected official in the room. She speaks passionately about her support for Israel (she co-sponsored anti-BDS legislation in the Assembly) and her experience as a builder of bridges between communities.

“I’m really proud to have built a strong relationship with the Jewish community and proud that I am considered to be a dear friend by many,” the Brooklyn Democrat told The Jewish Press during a recent interview. “ I will continue to bring understanding and opportunities to our various communities and do my best to be everyone’s advocate.”

The Jewish Press: As a new legislator, you were criticized and attacked with negative mailers for not supporting Governor Cuomo’s proposed education tax credit bill despite the fact that both your bills (A6318 and A8233) would have benefited middle class parents of yeshiva students directly. How and why were your efforts undermined?

Bichotte: The negative attacks began after remarks in an interview with a radio show were taken completely out of context and then used as a political tool to push the governor’s bill, which would not necessarily have benefited parents directly.

Did the governor’s bill have any real chance of being approved?

Some view the failure to pass any version of an education tax credit bill as a misstep by those organizations and media outlets that chose to unilaterally stand by an unrealistic and arguably unconstitutional bill.

The bills I’m proud to have sponsored are less controversial, more responsive to yeshiva and parochial school parents, and were gaining traction in the Assembly until the negative campaign began – a campaign that hit certain legislators with unfounded accusations. That was what ultimately blew up this issue. Since the organizations praised and accepted the $250 million for school mandates, the Assembly saw no need to revisit my bills which would have effectively help hard working low- and middle-income class parents who are deserving of some relief from sky-high tuition bills.

How and with whom did you work with to help push your bills?

In an effort to get the best possible outcome, I worked closely with a wide range of stakeholders including Speaker Heastie and his staff, my colleagues in the Assembly, and leaders and activists from a number of Jewish organizations, such as Rabbi Aryeh Ralbag, Michael Melnicke, the Orthodox Union, and Agudath Israel.

I used my corporate and financial skills to crunch the numbers and put together a presentation and financial proposal that offered several different scenarios as to how the Deduction Expense Bill, aka the Bichotte Bill (A8233) could benefit the most people and be cost effective to the state’s treasury. Some initially criticized the bill for heavily favoring non-public schools, so we adjusted the formula to address those concerns.

Did those groups acknowledge your efforts?

Both organizations ended up supporting the governor’s bill, which in the end was rejected by the Assembly, while Rabbi Ralbag and Mr. Melnicke personally pushed my bills to Speaker Heastie. Unfortunately, my efforts were not acknowledged because I didn’t support the governor’s bill; this despite the fact that I have developed a track record of mobilizing my colleagues of all ethnic groups and despite my being closely involved with the Jewish community.

Also, in a recent article on a widely read community news website, one of the organizations failed to mention me as among those who championed the tax credit. It’s perplexing that someone like me – a freshman in the Assembly who championed a reasonable, realistic tax credit solution and actually took matters into her own hands – was omitted. At the same time, others who didn’t lift a finger and who were not being innovative in offering solutions were commended. I thought we were elected to actually do things. Speeches don’t get us anywhere; action does.

The Abandonment of the South Lebanon Army: A Moral and a Strategic Failure 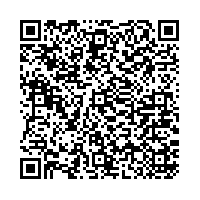