Known as the birthplace of Jerusalem, the City of David is where King David established his kingdom in 1004 BCE. Located mere steps from the Old City, the City of David serves as an archaeological site which reveals a wealth of insight into the history of Jerusalem. Visitors to the site can explore the sprawling ruins and the remnants of the numerous ancient buildings and structures.

One of the highlights of the City of David is Hezekiah’s Tunnel, also known as the Siloam Tunnel. While not recommended for those with claustrophobia, visitors with a taste for adventure can enjoy the unique opportunity of exploring the tunnel while wading through about 2 feet of water. This not only brings visitors a close up view of an impressive ancient feat of engineering, but also provides an exciting cave-like experience.

Another well-known structure is Warren’s Shaft, which is the underground water system that brought water from the Spring of Gihon to the city. Some speculate that this may have also been the water shaft mentioned in 2 Samuel as the water shaft used by David to conquer the Jebusite city.

With so many years of significant history to uncover, it is not surprising that excavations revealing new discoveries are happening constantly, even in the present day. The latest find, known as the Spring Citadel, is now open to the public. The Spring Citadel is a massive Canaanite fortress that dates back to the 18th century BCE and protects the Gihon Spring. This is now the largest fortress discovered which predates King Herod.

Mixing history with adventure, make sure to explore The City of David on your next Jerusalem visit. 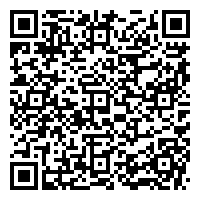