Gonzalez prides himself on his close involvement with the many different ethno-religious communities of Brooklyn. A graduate of the University of Michigan Law School, he lives in Brooklyn with his wife and three sons.

The Jewish Press: You are a success story in terms of your humble beginnings, being the first in your family to go to college, becoming a lawyer, etc. How has your upbringing influenced your approach to crime and punishment?

Gonzalez: It’s really what influenced me from the very beginning to serve in the public sphere and become an assistant district attorney. My family is originally from Puerto Rico and we grew up fairly poor in Williamsburg and East New York. My mom is a seamstress and worked in a sweatshop. I was a young boy in 1979 at the very beginning of the crack cocaine epidemic. It wasn’t a normal way of living and I wanted to make my community better. I told my mom that I wanted to become a lawyer. We didn’t know anyone who was a lawyer and no one in our family had ever gone to college. Neither my mother nor my father had graduated high school.

I saw the guns and the violence and the struggles to rise above all that. Prosecutors have been successful at putting people in jail, and I want to use the office in ways that keep neighborhoods safe. But I also want to help people improve their quality of life and give them needed second chances.

How does the transition from acting district attorney to politician impact your current position?

I never imagined I would be running for the Brooklyn DA position. I was never politically active. I wasn’t involved in the political machinations of the city; I was a career prosecutor.

I believe one of the reasons Brooklynites like my administration and are supporting me is that most people think the head prosecutor, the chief law enforcement officer, should be as non-political as possible. But running for DA has been important because it has allowed me to really get to know the various communities of Brooklyn in a different way.

So the process itself has been helpful?

Yes, to understand the issues in the community. As an assistant DA, you’re very focused on your particular case. But when you’re the DA, you’re setting policy for the entire office and for law enforcement priorities.

Brooklyn is comprised of a very diverse group of 2.6 million people from all countries and ethnicities and each community has its own needs. Some have more problems with opioid addictions, some with gun violence, while for some it’s really just simple quality of life issues. But what’s the same in every community is what they want from me as a DA, which is to vigorously investigate and prosecute cases in a fair way. If people are accused of a crime, they want to know the Brooklyn DA office is going to be fair.

What have you learned from Brooklyn’s Orthodox Jewish community?

I’ve learned that the Jewish community of Brooklyn is not monolithic. The communities are different, from Williamsburg to Crown Heights to Midwood to Boro Park. Of course they have shared interests and are relatively concerned with the same things. They want their communities to be safe but they want to make sure that when something happens, we’re going to be there for them.

There’s been a spike in anti-Semitic hate crimes in this country, and that includes Brooklyn. The Jewish community wants to make sure that Eric Gonzalez takes it seriously and protect them. I’ve also learned that there’s a lot of commonality in what people need. There’s no gun violence in some communities but there’s always the fear of violence coming into the community. It’s important for me that the Jewish community feels protected in the borough.

Also, there was a time when a lot of people of means fled Brooklyn. They went to the suburbs and elsewhere. But Jews in many of our communities invested and built businesses, yeshivas, and shuls. They can’t go anywhere; they’re committed to these communities. They’ve spent millions and millions of dollars and now we have to make sure that as Brooklyn begins to change, as we have more wealthy people who are moving in and the dynamics are shifting, that the communities that stood with us during the bad times and helped make Brooklyn successful feel protected and not pushed out.

There are seven candidates who have formally declared for the Democratic nomination in the September primary. What separates you from the pack?

I think it’s pretty clear. For one thing, I have a record to run on; I am the acting DA. When Ken Thompson was diagnosed with cancer in 2016, I was helping to run the office in his absence. What we’ve seen is that 2016 was the best year on record in terms of safety in Brooklyn. We had the least number of shootings, the second lowest homicide record, and we were down 25 percent in burglaries and 15 percent in robberies across the borough.

The good news is that we are going to shatter all safety records in Brooklyn in 2017, in ways the naysayers said couldn’t be done. There was a fear that if we arrested fewer people and didn’t enforce all the lower level quality of life cases, we would have an uptick. Under my leadership, we see that you can keep Brooklyn safe and also have a criminal justice system that’s fair. What Ken started and I have continued is a change in our law enforcement focus. We used to be a very passive office. We used to take all the arrests the police department brought in and we did the best we could with them. Now we set law enforcement priorities and develop plans together.

We created a crime strategies unit that deals with the police department day in and day out. We identify the most violent people in Brooklyn, the drivers of crime. We believe that [a very small percentage] of the population is guilty of 60 to 70 percent of all the crime in Brooklyn, and so we take proactive steps to build cases against them. When we do that, we’re able to make fewer arrests but at the same time really drive down violent crime.

Do you consider this approach a shift from the “zero tolerance” attitude toward crime we’ve seen over the past couple of decades in New York?

No. The difference is that the previous strategy was that if you arrest as many people as possible you can clamp down on crime. But we know whom we need to focus on and so we did something very simple. If you’re one of the people we believe are committing crimes, we get notifications whenever you are arrested in any part of the city. And it allows us to be proactive in their cases. This is new. It allows us to pay more attention to the right defendants, be a little tougher on those cases, and keep us safe.

America’s legal code was in large part based on the Judeo-Christian values this country was founded on. Does religion play any role in your outlook on the law?

I’m a practicing Christian and I believe in God. I attend church and have attended churches of many different faiths so that all communities can feel the DA cares about them. I’ve also attended shuls and visited other venues and events in the Jewish community.

In addition to the concept of justice, I believe in the role of mercy in the criminal justice system. There are many people who are guilty of the crimes they’ve been arrested for, but in figuring out a just outcome there’s the concept of grace and mercy that Judeo-Christian values incorporate. It’s OK to say that not everyone who is guilty of a crime deserves the harshest punishment.

How has working in the law enforcement field for so many years affected your personal life, especially in raising your children?

I like to believe that as a DA I am concerned about fairness and justice and making sure my children are raised to be respectful and tolerant of the differences between peoples and cultures. I try to bring my older boys along when I campaign in different communities, churches, and shuls so they can learn about the Brooklyn they live in and become full contributing members.

Being a DA has allowed me to talk to them about the values I hold dear, which obviously include being respectful, and I always remind them that they are a reflection of the Gonzalez family. My wife and I spend a lot of time talking to our children about right and wrong and we hold them to pretty high standards. 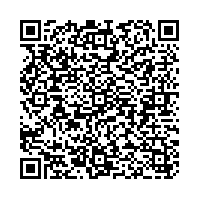