Everyone was heading for the Land of Israel.

Or so it seemed to me, at least, in the years following the miraculous Six-Day War. Many came to visit, to actually behold the marvel with their own eyes; and some visits miraculously never ended.


Dreamy-eyed Bais Yaakov graduates from the United States; pensioners who could finally leave now that the fetters of their jobs had fallen away and young yeshiva bochrim who longed to hear with their own ears the drashas of the holy rabbis in Bnei Brak. The list continued.

There were newly married couples who wanted to begin their lives in Eretz Yisrael and newly ordained doctors who wanted to contribute the knowledge they had gained in the West for the benefit of their people.

There were professionals who were willing to leave what they had built up in chutz l’aretz, together with non-professionals who sought the challenge of building themselves up in the promised land.

Chassidim, hippies, and handicapped Jews; religious, retired, even reform Jews, who had recently re-inserted “May our eyes behold Your return to Zion in compassion” into their prayer books.

I, too, came to see what this land was all about.

As the plane descended over the Mediterranean and skimmed the coastline, someone in the front row began to hum Heveinu Shalom Aleichem. The singing grew more intense as it galloped down the rows to the back of the plane. The staff in the galley chimed in, harmonizing, and the Boeing 707 sounded like choir practice in a concert hall. The odor of socks and crumpled sweaty shirts mingled with the familiar smell of the bottle of cologne, now empty, that had freshened up those who made it to the lavatory before landing.

This was my maiden voyage and I didn’t know what to do after unfastening my seatbelt. I fidgeted in my seat nervously as people around me lunged upward, sideways and backwards to retrieve their hand luggage, and then pushed forward in a human wave. A gust of hot air greeted my face and sent my hair spinning in all directions as I stepped out of the door and cautiously descended the metal stairs. I stopped mid step, wondering if I should bend down after the last step and kiss the earth as Rabi Yehuda Halevi had done when he first set foot in the Holy Land. I glanced all around me, and didn’t see anyone kneeling. Besides, I didn’t see any earth, just tarmac. A push on my shoulders from behind prompted me to a quick decision. I turned off to the side, dropped my purse on the ground, and while bending down to pick it up, I surreptitiously kissed the hot cement.

Most of the girls in my program had already arrived a month earlier. As we shuffled forward, two girls approached me and asked me if I was also on their program. From then on, I played “follow the leader.” I felt as if I were on a conveyor belt that moved us from plane to shuttle to luggage pick-up to passports – and then to freedom and humid air. I studied the tiny, provincial airport which was like Lego compared to O’Hare where I had taken off only 15 hours ago. Like Alice in Wonderland, I had stepped into a different world. I was alone, overwhelmed, and troubled by the fact that I was unsure of how I was supposed to be feeling on this auspicious day.

Before I was able to come to any decision, a driver stuck a big piece of cardboard in my face, and I was relieved to see my name there in bold black letters at the top of the list. That not only meant I existed, but that I was in the right place and in the right hands. Yet waves of fatigue and homesickness continued to overwhelm me. Most of all I was distressed by my own bewilderment.

It was September and my head felt as if I had just stuck it into a hot oven. Dust filled my nostrils. The city of Lod, if you could call it a city, was like a poor hick town. Aside from the airport, everything was shabby and so dry! I would love to describe the small dilapidated one story houses as quaint, and the barefoot children in the weed strewn yards as adorable – but I didn’t see it that way. All I saw from the hazy windows of the non-air-conditioned bus were rocks, boulders and dry bushes.

Kvish Echad did not yet exist, so the journey took nearly two hours, including a short stop in Ramle, a town whose main claim to fame was its dilapidated bus station that hosted buses on their way from Tel Aviv and Lod to Jerusalem. Where were the emerald valleys and flowered hills that I had memorized from the postcards of Israel?

The monotonous scenery mercifully put me to sleep. When I woke up, the girl next to me cheerfully informed me that we had already passed Sha’ar Hagai and would soon reach Jerusalem. It took a few seconds until I realized what she was saying and where I was, but the clear fragrant air that blew in from the open windows efficiently dissipated the fog from my muddled mind. The cool air of the Judean mountains that entered my nostrils revived me. A rush of energy and anticipation took over my senses. On the left, pine trees stood erect as sentinels guarding the road to the holy city, and on the right, lofty green branches beckoned us forward. Ancient stone walls and scattered villages on the hilltops appeared at every sharp turn. I sat at the edge of my seat, eager to capture both sides of the road at the same time. Why did the experience seem vaguely familiar? Had I seen these mountains before or felt the atmosphere? The bus labored under its human load, and together we eagerly mounted the steep ascent of the Castel. The bright sun over the hills illuminated our grand entrance as Jerusalem glistened before us.

I was headed for Jerusalem, and my miraculous visit has not ended. 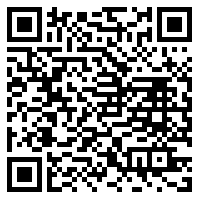