As the school year winds down, students, and teachers alike count down to the elusive summer break, ready to embrace two months of freedom from scholastic trammels.

There’s no question that teaching is a hard profession. While there is nothing more satisfying, there is also nothing more emotionally and intellectually exhausting.


In Israel, in addition to the summer holidays and religious and national festivals, teachers get a Sabbatical year, every seventh year to recoup, recharge and also upgrade their skills. There’s also the option of early retirement.

All these ways to avoid teaching, however, are anathema to Shimon Greenhouse (Grinhoiz), an 88-year-old teacher who has been teaching for 70 years, 59 of them in Israel. Greenhouse thinks that teaching is a fantastic profession; in fact, the best there is.

Greenhouse was born in 1930, in the town of Krasne, in Poland, which is now Belarus. As a boy he saw 5000 Jews killed by the Nazis in the ghetto. Before the ghetto was liquidated, his father was shot while holding Shimon’s hand and he fell on top of him, hiding the fact that he was still alive. He and his mother, the only surviving member of his family, escaped to the forest to join the Partisans where they spent the last two years of the war. Greenhouse was 14 at the war’s end.

After the war, he returned to Krasne, though not to his original house which had been burned down, and finished high school with honors. He then went to learn in Minsk in the Soviet Union, where he completed degrees in law, mathematics and physics and earned the equivalent of a Master of Sciences degree. The next step was to be accepted to the Ministry of Law, but Greenhouse had two strikes against him: his parents were capitalists and he was Jewish (an even greater crime). He was offered the position of civil lawyer. He was insulted he became a teacher instead. He feels that teaching and education chose him as well.

“It wasn’t love at first sight,” he says, “but teaching became the love of my life.” He taught for 11 years in the Soviet Union and then made aliyah in 1960. He met his wife Aliza (Liza) en route. They settled in Petach Tikvah and raised a family of 4 children (3 boys and a girl).

Greenhouse has spent the last 59 years teaching in Petach Tikvah. He started in the Echad Ha’am School, then Amal Aleph and participated in the creation of Amal Bet. Besides teaching, Greenhouse also served as vice principal and then principal of the Amal Bet School for 18 years and continues teaching there until today. Although the Ministry of Education has an obligatory retirement age, Greenhouse has managed to circumvent that obstacle for twenty years, thanks to the policy of the school network he’s part of.

Greenhouse has taught 25,000 students from grade 10-12 as well as two additional grades where students complete a certificate in engineering.

“From a young age I’ve loved math. You can learn many things from mathematics,” he says – logic, beauty, aesthetics. He also tries to close the gap between male and female students and advance the girls in math. He also tries to teach them to be good people.

Aliza Greenhouse worked as a midwife in several hospitals in and around Petach Tikvah. They have been married for 55 years. It’s a nice symbiosis. She helped bring the children into the world and her husband, Shimon taught them.

But Shimon’s relationship with his students doesn’t end at school. All his students have his private number and they call him well into the night. He is their teacher, their mentor, their grandfather figure and their friend. And he truly loves them all.

“Interrelating with youth is the spice of life,” he says. “And this is the best generation there has ever been. I cling to them and they cling to me. It’s important to love the whole student.

“There’s a study that has been done that shows that the curve of the student’s smile diminishes as he or she gets older. I feel that I have succeeded in hitching up the smiles of my students and have helped them be better people and better citizens.”

It’s also important to have a sense of humor, he says and to know how to act. A teacher has to bring optimism to his students.”

There are also many studies that show how much burnout teachers suffer from. “That’s not in my lexicon,” he says. “Sentences like ‘I have no energy,’ or ‘I don’t have strength,’ just don’t exist for me.”

Greenhouse has received much appreciation from his students as well as the country. Fifteen years ago, he was awarded a certificate of appreciation from the mayor of Petach Tikvah. In 2009, he was honored with lighting a Torch at the annual National Holocaust Remembrance Day Ceremony at Yad Vashem. A year ago, he received the life achievement prize from the teacher’s union; it was presented to him by Israeli President Ruvi Rivlin and Minister of Education Naftali Bennett.

Greenhouse also gives testimony on the Holocaust both formally and informally.

Greenhouse is very modest about his achievements and his dedication. He doesn’t think of himself as someone who did anything special, he just did what was asked of him. But he does more; he comes to school at 7:00 a.m. to give private lessons and stays after class till 3 or 4 p.m. every afternoon.

In 2001, the Greenhouses lost their 33-year-old son, Gil, following an illness. They created a non-profit organization in his memory that raises money and donates equipment (mainly computers) to schools and provides scholarships for needy students. Greenhouse says it was a big blow to him, especially after surviving so much. He thinks about Gil every day and hopes that his efforts in his memory are helping the younger generation that he loves so much.

At 88, Greenhouse still has no plans to retire. In fact he’s just signed to continue teaching next year.

“I feel like I’ve made a contribution,” he says. And he hopes to continue till 120! 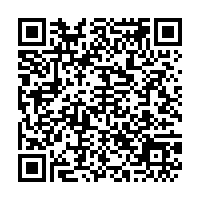