Every 18-year-old boy and girl in Israel must serve in the army (or do national service). But is every high school graduate ready to serve? Thirty years ago, the IDF decided the answer to that question is no, and thus pre-army academies called “mechinot” were born.

The director of the Mechinot Program and its 56 academies is Rabbi Yitzhak Nissim, a former IDF tankist who still serves in reserve duty as a commander in the Army Rabbinate. He also heads the Elisha Pre-Military Torah Academy near Neve Tzuf in the Shomron.


The Jewish Press: How would you describe mechinot?

We strive to strengthen a student’s emunah while keeping him attached to Hashem’s down-to-earth manifestation in the world, as most clearly seen in the return of Am Yisrael to its eternal homeland.

Presumably, yeshiva high schools try to accomplish the same goal. In what way are mechinot different?

The IDF is founded on discipline. In basic training, all soldiers go through the difficult and frequently dehumanizing experience of learning how to take orders. The transition from being a free and independent teenager who does whatever he pleases to being a disciplined soldier is a serious challenge for many people.

In addition, army conditions are Spartan and rigid. You can’t remain a spoiled kid in Tzahal. For many of the youngsters, it’s the first time their smartphones are confiscated and locked away in a metal box for the major part of the day. And, all of a sudden, someone is yelling at you, telling you what to do, sometimes without any reason, compelling you to do exercises and chores until you are exhausted, and you don’t have the luxury of walking away.

In addition, with all of the advances we have achieved in protecting the rights of religious soldiers, it’s not easy to be dati in Tzahal. To succeed, a beginning soldier needs a lot of motivation. That’s the job of religious mechinot. We strive to instill our students with a burning spirit of Religious Zionism, a love for the Land of Israel, a broad understanding of Jewish history and destiny, a spirit of idealism, and miserut nefesh for the nation founded on the Torah and Tanach.

When a young person understands the inner meanings of Am Yisrael, Eretz Yisrael, and Medinat Yisrael, serving in the IDF becomes a privilege and not an obligation.

Once the student begins his career in Tzahal, does the mechinah remain in touch with him?

Absolutely. For example, at the Elisha Torah Academy, that’s the full-time job of one of our [Torah instructors]. he visits every base where our graduates serve, making sure the soldier is in good spirits, helping solve any problems, and making sure he has everything he needs.

How does the IDF view the mechinot program?

With great appreciation and respect. Tzahal doesn’t have the time or resources to be babysitters for unruly and unmotivated teenagers. Our job is to take groups of these largely undisciplined, apathetic, know-it-all kids and turn them into miniature versions of Yehoshua Bin Nun and Yehuda HaMaccabee.

What kind of success rate do you have?

I would say 80 percent of our graduates enter Tzahal with enthusiasm for the mission ahead and with the spiritual ammunition to sustain them through the challenges of military service. A significant percentage become commanders and officers in elite commando units, and many enroll in yeshivot after their army service.

As the rosh yeshiva of Elisha Torah Academy, what factors would you say have been most significant in inspiring unmotivated students to become successful soldiers?

An admor in Poland once joined the people of his village to see the first train stopping at the village’s new railway station. His chassidim followed him as he walked along the length of the train cars, touching each car until, he reached the locomotive. When the admor touched the steaming locomotive, he retracted his hand quickly due to the heat.

The admor then announced “This train has taught me an important lesson. Look how one hot locomotive can pull a dozen cold train cars behind it. So too, a melamed filled with a burning spirit can inspire myriads of lackadaisical students to follow after him. But the teacher’s enthusiasm for Torah isn’t enough. He has to be attached to his students as well, just like the locomotive.”

In the past, a rav gave a shiur behind his desk and relied on the yeshiva’s mashgiach to get the students enthused. That doesn’t work anymore. Today, the rav has to relate to each student on an individual basis at his level to understand his difficulties and challenges and speak in a language the young person can embrace.

In your opinion, what factors have brought about the need for the new rabbi-student relationship you describe?

Our Sages tell us that the generation preceding Moshiach will appear lowly on the outside, while on the inside, it will be filled with great belief and spirit. The Religious-Zionist community gave up the safety of the ghetto to build the Land in all of its facets. Consequently, children grow up in two worlds, the religious and the secular, with all of its temptations.

Of course, there are still many students blessed with scholarly souls who have managed to put on blinders and can sit in yeshiva, day and night, learning tractate after tractate, but today’s average youth needs a special educational approach to spark and sustain the inner, natural attraction to Torah that every Jewish soul contains.

How would you describe the difference between a modern teenager and the teenagers of your youth?

My generation was still influenced by the original work ethic of the country’s early settlers. People lived in a modest fashion – the secular as well as the religious. Values were still traditional. We didn’t have money to eat in restaurants and buy something new every day. TV was just beginning. Today, if a child doesn’t get a smartphone by the time he’s 12 years old, there’s a tantrum in the house.

Teenagers are given generous allowances. With the Internet, they are exposed to everything under the sun. The worst elements of the world’s polluted cultures and perverted social norms have found their way to the Holy Land. The respect for parents and teachers has waned….

To overcome this darkness, we have to increase the inner light of the youth, to ignite the ever-burning Israelite flame into a bonfire of holy Zionism, Torah, and love for the Land of Israel. Like a basketball coach inspiring his players with a stirring “You can do it!” speech, we have to charge their inner beings with Jewish identity and pride, and with the awareness of the greatness of their mission to actively participate in the rebuilding of Hashem’s chosen nation as the beacon of morality to the world. 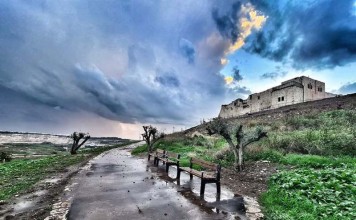 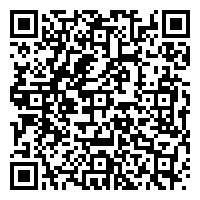