Malcolm Hoenlein has served as executive vice chairman of the Conference of Presidents of Major American Jewish Organizations – comprising 53 different organizations – for 32 years. As he announced recently that he is stepping aside from this position to assume another in the organization, The Jewish Press thought it a good time to speak to this long-serving public servant.

The Jewish Press: What does the executive vice chairman of the Conference of Presidents of Major American Jewish Organizations actually do?


Hoenlein: It changes every 10 minutes! I work on matters related to Jewish communities in danger abroad, the U.S-Israel relationship, the United Nations, relations with foreign governments, anti-Semitism in the United States…

But first and foremost my job is to preserve the unity of the community by having the 53 member organizations of the Conference work together and realize that they have far more in common than the issues that divide them.

How did you get your position? Yarmulke-wearing Jews are not common among heads of major Jewish organizations.

That’s true! I would say that when I started out, I decided I would try to get the best credentials possible, and that’s why I went to the University of Pennsylvania where I did my doctorate in international affairs. I also taught at Penn.

Did you ever get the sense that your colleagues didn’t trust you because you were Orthodox?

When I first came to New York, a famous journalist confided to me that someone said to him, “Don’t even write about [Hoenlein] because in six months nobody will have heard of him anymore.” Seven years later that man was working for me.

I knew that as an Orthodox Jew I would face some skepticism but, by and large, if you earn people’s respect – they see the quality of your work and your dedication and commitment – all of a sudden the yarmulka falls in place.

I’ve also found that we often build up walls of ignorance, suspicion – even walls of animosity – and a lot of it can be overcome when you build personal relationships. I remember one very important leader who cried at one of my children’s wedding and said, “I denied my children this.”

I also remember one chairman – who started [his tenure] the week of Shavuos – saying to me, “When does your holiday begin?” But by the time he finished two years later, he never failed to call me every Friday to say “Good Shabbos.”

You met with Syrian leader Bashar al-Assad seven years ago. Why did you meet him and what was the experience like?

We sat alone in one of his presidential palaces in Damascus for over three hours – just the two of us. Before I went, I made sure to establish that it wasn’t just a propaganda thing for him and that he would agree to talk about [Israel’s] MIA’s. Unfortunately, when I got there, he said he looked into the matter and couldn’t find anything. He asked me, “If I had a Jew like that, don’t you think I would have traded for him?”

I have visited many Arab and Muslim countries – Qatar, Egypt, Jordan, Turkey, Azerbaijan, Kazakhstan, Uzbekistan – which enabled us to pave the way for an Israeli visit or relationship. Often you don’t know what can come out of a visit, but many times there were very significant developments – none of which will I discuss publicly.

I’ve heard an entire restaurant in Dubai was once kashered for you. Is that true?

Yes, a mashgiach came from South Africa, and we had amazing meals there. They had 15 guys burning all the pots and kashering everything, and it was really quite remarkable. It shows you the opportunities.

But we don’t exploit them. We don’t go public with a lot of this because we’re more interested in the long-term relationship and results – not the headlines. That’s why I don’t have a PR person and I don’t care about the credit. I care about the results.

I was in Russia to discuss the transfer of [nuclear] technology to Iran when this guy in uniform [suddenly] starts talking strongly about the dangers of Arab fundamentalism and Iran getting a nuclear weapon. I said, “Excuse me, we weren’t introduced.” And he said, “My name is Vladimir Putin and I’m head of the FSB.”

Everybody went “Ooo, wow.” It was like all the air went out of the room. He went on for an hour and a half with the most amazing discussion.

What’s your assessment of him? Is he a good person or a Stalin-like dictator?

I think he’s very shrewd, very smart. I think he’s a guy who’s able to take a little and make a lot out of it. His economy is the size of Italy, and look at what he’s done. He took advantage of the Obama years when America was seen to be in retreat and made the decision to challenge us because he felt we would back down.

Incidentally, Putin told me that he once said to Arafat, “If you attack Israel, you’re attacking Russia. I have a million Russian Jews there. They are my citizens.”

I think he has some warm feelings because he talked about how a Jewish family with whom his family shared an apartment in Moscow took care of him; they used to make sure he went to school every day…. And then there’s the story that he had a Jewish teacher for whom he bought an apartment in Tel Aviv.

The 2016 presidential campaign must have been a difficult time for you. How did you manage all the acrimony and have things calmed down a bit since the election?

We are seeing a sharp divide in the Jewish community over the president. It’s part of the general polarization in the country and the world. Trump has done some remarkable things for which he deserves credit. It doesn’t mean you have to endorse everything he stands for in order to acknowledge and express appreciation for the good things he does.

Certainly the move of the U.S. embassy to Jerusalem is one. But I think even more important was when he put on a yarmulka and said Tehillim at the Kotel and thus declared it a Jewish holy place together with Har HaBayit.

It’s been reported that President Carter once invited your son to play with his daughter in the White House. Is that true?

Yes. He called me at home one night. At first I didn’t believe it was him. As we were talking, he heard my eight-year-old son in the background and asked to talk to him. When my son got off, he told me the president asked him his name, where he went to school, and how old he was.

Then the president said, “You know, I have a daughter the same age and I’d like to invite you to the White House to come play with her.”

I asked my son, “What did you say?” He replied, “I told him I go to yeshiva and don’t play with girls.” The next day it was on Page Six. Somebody from the White House had leaked the story: “Eight-Year-Old Turns Down the President.”

You’ve said that so many things happened in your career that cannot be rationally explained – that they are “bashert and you can see the hand of God in them.” Please elaborate.

I can tell you about things that happened, things I said, that I have no idea where they came from. Once, at a very critical moment at the White House before we got permission to rescue Ethiopian Jewry in 1991, I said to Brent Snowcroft – head of the National Security Council – as he walked out, “Could you ask the president one thing for me?” He said, “What?” I said, “Ask him if he can afford to have pictures of dead Ethiopian Jews on the front page of newspapers like the pictures of the Kurds who were gassed recently.”

The guy just looked at me and afterwards people asked, “How could you say that? What made you think of that?” I said, “I have no clue.” That’s happened to me several times. I believe you see God’s hand in many things. You have to be open to it. You don’t always perceive it, but you recognize it.

You’ve dealt with six presidents over your career. Please recount one or two memorable incidents.

Once in the Oval Office, at a small meeting with some Jewish leaders, I raised the issue of Jerusalem. At the end of the meeting, as everyone was walking out, President Bush [Sr.] pulled me back and said, “I want to talk to you a minute.” He then said, “You know, this issue of Jerusalem is not an issue in your community. It’s your issue, but I don’t think it’s a top priority issue.”

“How can you say that?” I replied. “This is the most unifying issue.” “Well,” he said, “I never hear about it from them, so it’s not their issue.” [The lesson to be learned from this story is that] if the president of the United States doesn’t know where we stand on Jerusalem, it’s not his fault. It’s ours.

You met President Reagan in 1985 after he was accused of being an anti-Semite for planning to visit a cemetery in Germany where some SS members were buried. What was that meeting like?

President Reagan had invited us to launch Jewish Heritage Week from the White House. Before the ceremony, he asked me to come into the Oval Office and said to me, “I’m going to tell you something I never told anyone. I committed a crime. When I was discharged from the Army, I stole a film of a concentration camp because I knew the time would come when people would deny that this happened, and I wanted my grandchildren at least to be able to give testimony about what really took place.”

And that’s why I tell people that you have to be very careful using the charge “anti-Semite” and “anti-Jewish.” It’s a very powerful charge, and you should only use it with great discrimination and care. Presidents of the United States are not always going to do what we want, but when you have a relationship, you can try to influence them.

You are a regular guest and sometimes co-host on the “John Batchelor Show” on 77 WABC. Why?

People ask me, “How much do you get paid to do this?” I reply, “Let me ask you something: What do you think I would pay to have a platform to explain our issues to millions and millions of people for two hours on national radio every week?

The show has a huge frum audience because it’s pure – there’s no cursing, no screaming, nothing negative. It’s really tachlis. They did polling and the numbers were through the roof for Lakewood, Passaic, Teaneck, Monsey, Williamsburg, Boro Park, and Flatbush. I have rabbonim from Lakewood who call me and tell me they listen. 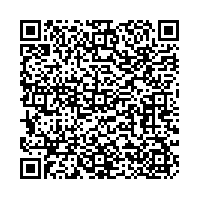