Simple objects have the power to connect us to the past. A tattered photograph, a white cotton dress, or a golden teacup can transport us to a different time, telling stories without words. Throughout the centuries, Jews in the Diaspora have always been forced to make abrupt and often devastating choices regarding their prized possessions: which objects to keep and what to leave behind. These decisions often reverberate for decades, as future descendants cherish the only mementos they have.

Though many of those who have been exiled have shared their stories, their keepsakes are typically not showcased in the same way. One artist is seeking to capture these objects and the moments they symbolize. Leslie Starobin, a Boston-area photographer and montage artist, has long had a fascination with the various migrations of Jews and what they carry from one home to the next on their transcontinental journeys.

For over a decade, Starobin has been creating a photo montage series titled “The Last Address” depicting Jews displaced from Europe, Africa, Asia, and the Middle East, along with the articles they’ve carried with them. “The goal of the project is to get enough of these still life montages and the accompanied stories to represent a really wide span of the Jewish Diaspora experience,” she explains. As Jews left their various ancestral homelands, whether electing to go or fleeing for their lives, every item they passed down sheds new light on their backgrounds and cultures.

Each montage is profoundly different, reflecting the vastly distinctive experiences of the Jewish people. What they all have in common are the various images, objects, and memories interwoven to create one full narrative of a family’s story of migration. To pay homage to the original photographers, Starobin integrates handwritten notations, studio logos, signatures and dates into her work.

When Starobin began this project, her father-in-law, Meir, was one of her very first subjects. When he saw an early montage she created entitled “Saba Meir’s I.D.-1946 Palestine, 1997-Tel Aviv,” he commented: “Why did you match me with the dirtiest wall in Israel?” But he changed his tune after the piece had been selected for the permanent collection at the Fogg Art Museum at Harvard University.

Since then, Starobin has made several still life montages portraying his experiences during World War II. Working with family often presents some friction, but in the end her husband was thrilled with the completed montage and even more honored that his family will be remembered.

Another montage of Meir, titled “Portrait of Marek, Lodz 1929, Tel Aviv,” features a worn out high school portrait Meir had posed for in his local gymnasium in 1929. The photo overlaps with a threadbare map of Lodz. “At ninety, before my father lost his memory, he was able to navigate on the map like a GPS. He knew every street, every house number. It was amazing.  When he was much younger, he recalled his childhood stories in broad strokes without shading or details. It was only in the last couple of years of his life, when I would come to visit him, that he would expound on the details of his life, almost forcing me to know so that I could transmit his stories, carry his life on,” Starobin’s husband says.

Starobin was inspired to begin this project when her ninety-year-old grandmother presented her with an old, tattered envelope before she died. Her grandmother explained that she should never throw it out because it was the last address they had for the family before the war. This prompted Starobin to start thinking about what people hold on to and why. From there she began the long journey of documenting stories visually. Starobin started the project by speaking to family and friends, collecting their stories, looking at their relics, and capturing it all with the lens of her camera. It snowballed from there, as she met more people who regaled her with fascinating stories about love and loss.

Today, six of these photomontages are exhibited in the Center for Jewish History and will be on display until September. Sponsored by the American Sephardi Federation, the exhibit specifically explores the culture of Sephardic families displaced from Jewish communities in Iraq, Libya, Yemen, Iran, and Lebanon.

One of Starobin’s favorite pieces is titled “The Iranian Passport Photo.” It depicts an Iranian woman named Esther veiled in a chador, the required garb at the time. She is encompassed by the item she chose to smuggle: a three-hundred-year old Megilat Esther. In Tehran, Esther faced a surge of anti-Semitism as the Revolutionary Guard saw Jews as Zionists. “It’s the same today, when people see all Muslims as terrorists. Well, they see all Jews as Zionists, as the enemy,” Esther explained.

In 1983, Esther and her husband visited the reputed tombs of Queen Esther and Mordechai in Hamadan, in the Kurdish region of Iran. When they left Iran in 1989, the couple lined their precious scroll in their baby carriage and smuggled it out. “I thought, ‘Wow, she left Iran and what does she have? The biblical scroll of Esther,’” Starobin remarks on Esther’s story. “That ties so much to the place and the story of Jews in Persia. So that was really amazing to me, the coincidence that that would have been her wedding present and that’s what she brought to our meeting to show me.”

One of the advantages of capturing a story like Esther’s is that it took place fairly recently. Often documenting a story that has been passed on to several generations can be difficult. Either way, the process is typically a lengthy one. Starobin can spend anywhere from ten to one hundred hours identifying the right family, learning their story, finding objects of importance, and then figuring out how to properly incorporate them into her montages.

One montage titled “Tripoli Treasure” features a wedding portrait of two Libyan Jews, Ayala Dadush and Saulino Arbib, nestled inside a crafted metal jewelry box. The box was gifted to the couple by a cousin as an engagement present and traveled with them to Israel during the mass Libyan exodus of 1949. The photograph was a bit of a different story. The Arbibs’ daughter, Lizetta, explains that it was relatively rare to take a photo at this particular time and place in history. “My father remembers that the photographer, Mino Na-’im, had to be chased after for as long as a year to give them the picture,” she said.

Another piece portrays an entirely different part of the world. Titled “Liberte Baghdad,” the montage features a photo taken circa 1930 of Henkel Ezra and Lou Lou posing with their three children in a Baghdad photo studio. The photo is shrouded in blue and grey textiles, as Henkel Ezra was a leading merchant with his own warehouse. The “Farhud – violent dispossession” in 1941 was a turning point for Jews in Iraq. Hundreds of Jews fled and the family relocated to India, before eventually immigrating to America.

These are just a few of the pieces in Starobin’s collection. Currently, she has completed about thirty montages and has interviewed over sixty subjects, mostly in the U.S, Israel and Canada. She recognizes the profound importance of her work and has found the experience to be a truly humbling one. “You realize that some of these people were memorializing their own lives and then sharing these really poignant materials with me,” she says. Starobin doesn’t think her project is completed as there are so many stories waiting to be captured.

After gathering all her materials, it’s up to Starobin to interpret the pieces. In one case, a family pulled out a tablecloth to show her. “To me that seemed like okay, so they’re trying to re-establish the notion of home in their new country and I said, well, that seemed to be perfect.” In another story an Egyptian man had held onto the cabin key of the ship he boarded when he left the country with his family. The key may no longer be functional, but to his daughter it was the symbol of her parents’ previous life – the life they had left behind.

Starobin has had the chance to connect with many new people since she started “The Last Address.”

“I feel like I’ve acquired some other grandmothers in this particular project,” she says. Some have been reluctant to share their stories, saying they have no objects of value or didn’t bring ritualistic objects like a family menorah with them. Starobin explains that she isn’t trying to capture an entire life story, only an overview. The project revolves simply around how the remaining objects work into the life story the person chooses to tell.

Most of the subjects of Starobin’s pieces have reacted positively to her montages, seeing them as an affirmation of their experiences. “They might have had like three different boxes of things. Now, there’s sort of one image that has some key things they can share that with their children and their grandchildren,” Starobin says.

She’s also been creating digital montages. “I like the idea of taking the actual objects and re-photographing it, scanning, and then working with it. There’s something about the actual object that went from one location, passed to the next location and is now here,” she explains. The oldest picture she’s incorporated for a montage dates back to 1860.

Though these stories all have a heartbreaking element to them, as the people behind them were only able to keep a few mementos, Starobin chooses to see these experiences as positive ones. Because in the end these survivors are alive, and able to share their stories, not just with their descendants, but with the world. 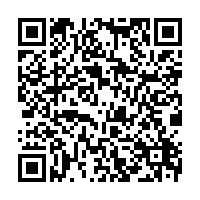