Rabbi YY Jacobson is one of the most sought-after speakers in the Jewish world today. The son of the late Gershon Jacobson, founder of the Algemeiner Journal, and younger brother of Rabbi Simon Jacobson, author of “Toward a Meaningful Life,” Rabbi YY Jacobson is also the dean of TheYeshiva.net and a maggid shiur at Beth Medrash Ohr Chaim, in Monsey, NY. He has lectured on six continents and in all 50 states.


The Jewish Press: Please tell us a bit about your background.

Rabbi Jacobson: I was born and raised in Crown Heights. My parents came from Russia where some of their family suffered terribly under Stalin’s communist regime. My grandfather was almost executed. He was sent to the gulag. After World War II, they made it out with false passports and came to the United States.

Various websites describe you as having been a chozer for the Lubavitcher Rebbe starting at the age of 15. What exactly is a chozer?

Most of the Rebbe’s public addresses took place on Shabbos and Yamim Tovim, so everything had to be relegated to memory until the end of Shabbos or Yom Tov when it could be written down. So from the start of the Rebbe’s leadership, a group of chozrim – or “reviewers” – reviewed and then later transcribed and edited the Rebbe’s talks.

My brother Simon Jacobson was a member of this group, and as I grew older, he pulled me into it.

Excruciatingly hard. We felt an immense responsibility to remember everything the Rebbe said. Of course, though, it was a also great privilege and a historic blessing because almost all of the material has been preserved for posterity.

A decade ago, you became the first rabbi to give the keynote address at the U.S. military chaplains’ premier annual event. How did that come about?

A chassid who lived on my block, Colonel Jacob Goldstein, once shared a tent for six weeks with General Douglas Carver in Iraq and developed a very close friendship with him.

Twenty years later, General Carver, who was now Chief of Chaplains of the United States Army, calls up his old friend Goldstein and says, “Can you provide me with the ‘Jewish Billy Graham’?” – since every year the late Billy Graham would address the military chaplains at their annual get-together in South Carolina.

What was your speech about? Was it successful?

I suppose it was because afterwards I got around 100 invitations from churches to give their Sunday sermon.

My theme was “fear and faith in times of crisis.” I based my talk on an address by the Lubavitcher Rebbe on Parshas Vayeshev. Yosef is in jail and notices two prisoners – Pharaoh’s butler and baker – looking melancholy and asks them, “Why do your faces look so down today?”

The Rebbe asked: What type of question was this? They were in prison, on death row. Of course they were depressed! And yet, from this one act of kindness – asking two fellow prisoners why they were sad – the entire world was saved from hunger.

I told the chaplains: I think it’s fair to say that Joseph was the first chaplain in history. What’s the role of a chaplain? You see two soldiers who look sad. They’re far away from home in a war zone. Life is difficult. You can’t solve all their problems, but you can put your arm around their shoulders, look them in the eye, and say, “Why is your face downcast today?”

And that can change the world.

You seem to have a knack for finding interesting material for your speeches. How do you do it?

You know, Coca-Cola doesn’t reveal all of its ingredients!

Can we have a hint?

I learn a lot and read a lot. When I come across an e-mail, a story, an insight that is transformative, I try to internalize it. I think it’s all out there. One just has to notice it.

The Torah says that Moshe “turned to see” the burning bush. There’s a famous medrash that says that G-d said, “Since Moshe turned to see, let Me show him.”

You have to stop, to tune in. I try to do that.

Years ago, many Orthodox Jews were wary of Lubavitchers. Yet you – a Lubavitcher chassid – are routinely invited to speak for all sorts of audiences ranging from Litvish and Modern Orthodox to Satmar and Belz. How do you explain this seeming change in attitude toward Lubavitch?

The world is a more open and unified place today. Through travel and technology, people see what’s going on, and a lot of the stereotypes that some Jews had about other Jews – not just towards Lubavitch – have, thank G-d, fallen away.

Do you promote Chassidus when you speak to non-Lubavitch audiences? If yes, how?

The Alter Rebbe once got up on the bimah in the city of Shklov in Lithuania – where there were many opponents of Chassidus – and quoted from Tehillim, “Taamu ur’u ki tov Hashem – Taste and see that Hashem is good.”

I could preach from today till tomorrow that my wife’s challahs are the best on the planet, but only when I give people a piece of her challah and they eat it can they say, “Ahh” and know that they are the best.

The same is true of all the teachings of Chassidus and all of Torah. The most effective way is to taste it and see what it does for your neshama, your mind, your marriage, your davening, your learning, your dveikus to Hashem, your commitment to halacha, etc. Taste and see!

What is one of the most interesting or exotic audience you have ever spoken to?

A group of cardinals from Italy. Somehow their openness to learn about Judaism left a deep impact on me.

When cardinals ask for guidance from a rabbi, it just tells me where we are in history. We are living in messianic times. If I were to tell my great-great-great-grandfather that I addressed cardinals who wanted to find out from me – a rabbi – how to live life and deal with their youth, he would tell me that I’m crazy.

You are an ardent advocate for Israel not ceding an inch of land to the Arabs. How do you make the case for this position when speaking to secular or liberal Jews as you sometimes do on college campuses, Chabad Houses etc.?

First, I try not to be confrontational because then people become defensive and they can’t hear your point. My aim is to unlock minds, not to win arguments.

Often the stereotypical observation about people like me is that we crave territory more than peace; that we believe in land more than life; that we don’t mind spilling blood as long as we can build a caravan on some forsaken hilltop in Judea and Samaria. I try to prove that this stereotype is false, explaining t them, that my point of view is steeped in rational thinking and in endless regard for human life.

Once, at a presentation, I turned to a fellow debater and said, “Many questions in history have been settled when one side was proven wrong. For example, people thought the earth was flat, but when it was proven round, the ‘flat camp’ had to concede defeat.”

So I said, “Tell me, my friend, what has to happen for you to say, ‘I made a mistake, don’t give back another inch of territory’? If 1,500 Jews are murdered – would that prove it?”

He said, “Well, maybe.” So I said, “1,500 Jews were murdered after Oslo – after Israel left most of the West Bank and gave the Arabs autonomy. That’s when the suicide bombers came. So why won’t you change your position?” And then I tell them the truth: “Nothing will ever change your position because it’s not based on rationality. It’s based on blind faith. You are the fundamentalists, not I.”

You presently run TheYeshiva.net. How would you describe it?

TheYeshiva.net, as its names implies, is basically a forum of learning. I give approximately two or three lectures a day. I created it for people to come learn and exchange ideas through video, audio, and the written word. We have 125,000 visitors a month. We also receive 200-300 e-mails a day from people who seek guidance and inspiration. Many sad stories come my way, and I try to help to the best of my ability.

What are your plans for the future?

The prophet Isaiah says that the objective of world history is for the earth to be filled with the knowledge of G-d like water covers the sea, “mala ha’aretz de’ah es hashem kamayim la’yam mechasim.”

That’s my goal – to try to fill the world with Divine knowledge. With G-d’s help, I want to do my part in fulfilling that vision. 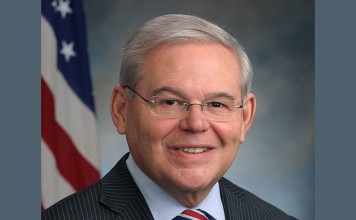