Like Avraham Avinu, Yuli (Yoel) Edelstein, the current Speaker of the Knesset and a Likud MK, has a father who sells another religion. Like Yosef HaTzaddik, he spent time in jail on trumped up charges and then rose to great power in the government, second only to the Prime Minister. Like Moshe Rabbeinu, he is a teacher, modest and approachable, and like Yeshoshua bin Nun, he advocates for his people as they make aliyah and settle in Israel. And like HaRav Abraham Isaac Kook, he loves Israel and every creature in it.

The Speaker of the Knesset is the second most powerful position in Israel, and Edelstein takes this responsibility and his position seriously, recently refusing a nomination to the position of President tendered by Bibi Netanyahu himself. “This is a challenging position,” he says “and my word is my word.” He was determined to finish his term despite the flattering offer of the presidency. “We don’t leave a job unfinished to go after something we think might be better.”


Edelstein has integrity and he’s a nice guy; a politician about whom no one can say a bad word. And the Israeli Knesset isn’t a place where people politely refrain from offering criticism. Edelstein was warned early in his career that being a nice guy wouldn’t get him far. But the warnings proved baseless and he has climbed the echelons of power without having to raise his voice or sling mud.

“There is another way,” he says quoting an old ad slogan. “You can do things differently.” He’s been in six governments, first founding the Israel B’Aliyah party together with former co-dissident Natan Sharansky and then later merging their party with Likud.

As Speaker of the Knesset, Edelstein appears at many venues, from schools to television, and chairs the Bible Quiz on Yom Ha’atzmaut which marks the anniversary of his release from prison.

Today, Edelstein, 55, lives in picturesque Neve Etzion, a settlement town in Gush Etzion where he unwinds on Shabbat from a grueling schedule of politics and PR, advocating for Israel on the one hand and trying to change it for the better on the other.

In an interview with The Jerusalem Post last year, the Knesset speaker recounted how he and his wife Tatiana (Tanya) became observant as underground Hebrew teachers in the USSR.

“People would come from abroad and not eat in our house,” he said. “At first, my wife and I started keeping a kosher house because we said people endangered their lives to bring us books and recordings of Hebrew lessons, so how can we not serve them food?”  Both he and his wife were Hebrew teachers, having met when Tanya took his class.

Edelstein had started learning Hebrew when his maternal grandfather died, carrying the torch of Yiddishkeit aloft amid the dangerous winds of Communist Russia.

After spending three years in prison while his wife advocated for him, slipping him matzah on Pesach and saving him from Siberia by threatening to go on a hunger strike, the couple made aliyah in 1987 and Yuli has been in the Knesset since 1997.

Today Edelstein is a fully observant Jew, a dignitary and diplomat honored at functions in Israel and abroad. Having studied languages in university, he is fluent in Hebrew, English and of course Mother Russian. And everywhere he goes in Israel and without, he is charming yet uncompromising in articulating his beliefs of Israel’s right to its land.

Yuli Edelstein has been on numerous committees championing the rights of everyone from Holocaust survivors to Knesset members. He has always supported the underdog, once even quite literally, legislating a law that prohibits the abandonment of pets. Edelstein himself has a dog and a cat (both from the street, survivors like him). “The common denominator of any pet I’ve ever had,” he said, “is that they’re mutts.” His current pets are a 5-year-old female dog named Kaza (because he found her at Kav Aza – Gaza) and an all-black 13-year-old cat named Typex (white-out). 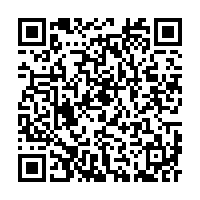