David Friedman – the U.S. Ambassador to Israel – enjoys a very close relationship with President Trump. He has known him for over 20 years and grew to appreciate his character, he told me during a recent exclusive Jewish Press interview, while sitting shiva for his father.

“It was in middle of February in New York, and there was a blizzard outside with almost two feet of snow,” Friedman said, “I was getting phone calls from lots of people who wanted to come to visit but couldn’t because of the blizzard.


“But with all the people living around a few miles from me apologizing, Donald Trump arrived by himself with his driver. He told me it took him 3-4 hours to get from Manhattan to my house in Long Island. No one else was there, so we had a chance to spend time talking. I spoke about my father, and he spoke about his father. It certainly, in my mind, solidified the relationship very much.”

The Jewish Press: We’re now sitting in the new U.S. embassy in Jerusalem. People say that, without you, the embassy would not have been moved from Tel Aviv. Were you, in fact, the person behind the relocation of the embassy?

Friedman: My role was really having the opportunity to spend time in Washington and debate the merits of the embassy move. I had a chance to do that in front of the president, the vice president, then Secretary of State Rex Tillerson, and others. But let’s be clear: The decision was made by the president and I believe that, overwhelmingly, he deserves the credit.

President Trump recently remarked that Israel would have to pay a “higher price” in negotiations with the Palestinians since the U.S. moved its embassy to Jerusalem. Can you elaborate?

The president simply meant that if we get to a point at which we are negotiating a peace deal between the parties, we would hope that Israel would take into account the good faith efforts of the United States and reciprocate. Moving the embassy was a courageous and historic move by the president. But there was no – and is no – particular demand on Israel in exchange for that move.

We consider Israel an important ally that – without any pressure from the U.S. – is seeking to resolve its conflict with the Palestinians. So if Israel were to approach the U.S. and say, “We think the best way to achieve a peaceful resolution is by doing A, B, or C,” we would be receptive because we respect their views and want to consider them.

Our job is not to dictate solutions to Israel. Our job is to support it in finding solutions to its very longstanding serious challenges. Generally speaking, when I say we are open to something, that means we respect the good faith and intelligence of the Israeli government and would love to hear about anything they think will make their situation more secure and stable.

There is talk of President Trump soon coming out with a peace deal. You say that the job of the U.S. is not to “dictate,” but isn’t crafting and presenting a peace deal akin to dictating?

We do not intend to force our will on anybody. I think the U.S. is taken more seriously in the region than other players. It will give people something to look at. But we will not, in any way, impose our view on anyone else.

Ever since the Six-Day War, the word “peace” has been synonymous with “Israeli withdrawal.” Fifty-one years later, this land land-for-peace formula has nothing to show for itself. Isn’t it time to declare this idea an exercise in futility?

You’re right that 51 years of efforts have not borne any fruit. We are very cognizant of that and, as we look for a path forward, we are very much aware of what has failed in the past. But beyond that, answering candidly this type of question would touch upon some aspects of the peace plan which I can’t go into at this point.

Before you became the U.S. ambassador, you opposed any Israeli withdrawal from the territories it liberated in 1967. If this new Trump peace deal proposes such a withdrawal, how would you feel and act?

I don’t want to deal with hypotheticals and can’t get into the deal itself. It’s an intelligent question but to answer it would touch upon the deal, so I would have to defer.

How does the administration view foreign aid to Israel – as a handout or an investment?

Israel is a critical ally to the U.S. – more so now than a generation ago – and the relationship today is more reciprocal than it was a generation ago. When it was founded, Israel was a needy country with very little resources, and it had nations at every border threatening to annihilate it.

Thank G-d, today Israel has a very strong military and incredibly strong intelligence, its economy is 10 or 20 times greater than those of its neighbors, and it helps the U.S. in ways I don’t think we could have imagined a generation ago in terms of intelligence.

We fully appreciate the risks associated with past initiatives. Obviously we are fully appreciative of the experiment in Gaza where land was handed over to the Palestinians and it became a terrorist state. If Judea and Samaria became another terrorist state, not only would it represent an existential risk to Israel, but it would represent a risk to Egypt, Jordan, and the entire region.

Your father was a Conservative rabbi and you, his son, are Orthodox. How did that come about?

My observance has been consistent since I was a small kid. My father grew up in Boro Park. He was born in 1923 – 25 years before the establishment of the State of Israel – and grew up in an Orthodox home, his parents being European immigrants. I think he chose the Conservative movement because he felt it was more Zionist.

Second, he lived during a period of heavy European immigration to America, and these immigrants were at risk of leaving the Jewish fold. My father saw the Conservative movement as a means to catch them before they left it completely. We grew up completely observant at home.

I have interviewed presidents, prime ministers, and ambassadors over many years, and none of them had biblical or religious paintings on their office wall. You have a painting of the biblical episode of the 12 Spies on yours. Why?

There were many fine artists who brought their paintings to the embassy, but I chose precisely this one. And the reason is as follows. A person can ask: What was the spies’ sin? They were telling the truth and even brought back fruit to prove their account. So why is it considered such a big sin that we suffer from until today?

The answer is that after witnessing the Exodus, the Giving of the Torah, and all the miracles that G-d performed for them in the desert, they didn’t have the faith and confidence that G-d would deliver them to the Land of Israel. The sin was not that they didn’t tell the truth; the sin was that they lacked faith, they lacked vision and confidence.

There are many sins I may have committed in the past and commit today, but I keep this painting to remind me that there is really one sin you don’t want to commit on this job – that is, a lack of faith, a lack of vision, and a lack of confidence. 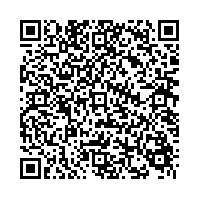