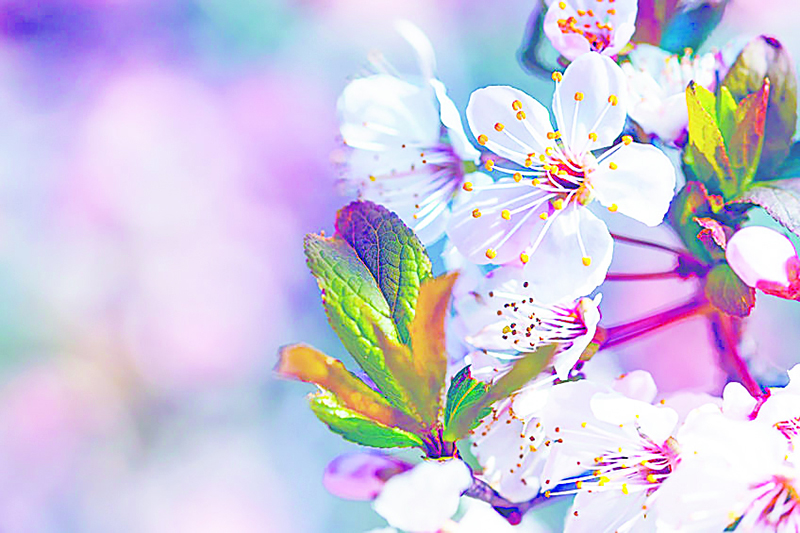 Editor’s note: Two strains run through Jewish history: one mystical and one more empiricism-based. Tzaddikim like the Rambam, the Abarbanel, and Rav Samson Raphael Hirsch rarely, if ever, spoke about topics like demons, magic, and reincarnated souls. Some Rishonim and Achronim didn’t even believe some of these forces existed.

Yet, many others did believe in the existence of these forces and discussed them at some length in their sefarim. We print the interview below for those of our readers who enjoy and find meaning in these more esoteric topics.

All month, in gardens, orchards, and fields throughout Israel, you see groups of Jews reciting the blessing over blossoming trees: “Blessed are You, Hashem, our G-d, king of the universe, in whose world nothing is lacking and who created goodly creations and goodly trees for the sons of man to enjoy.”

In several siddurim, special kabbalistic prayers related to the reincarnation of souls accompany the blessing. To better understand the connection between the blessing and this topic, The Jewish Press recently spoke with Rabbi Yekutiel Fish, who teaches Kabbalah in a kollel on Mount Zion adjacent to King David’s Tomb in Jerusalem.

Author of the multi-volume Sod HaChashmal on the connections between the revealed and secret parts of Torah, Rabbi Fish studied under Rabbi Chaim Pinchas Sheinberg, Rabbi Fishel Eisenbach, and Rabbi Moshe Shatz.

The Jewish Press: What is a gilgul?

To describe the matter simply, a gilgul is the soul of a person that returns to this world to rectify or complete something blemished or lacking from its previous appearance on earth.

Sometimes, only a portion of the soul returns. A soul has five components: nefesh, ruach, neshama, chaya, and yechida. One of these incomplete components may return without the others if they already completed their mission in life.

The direction is always forward toward completion. Once souls have reached their perfection they cannot regress.

In what form do souls reappear in this world?

They can appear as inanimate objects such as rocks or in plants, animals, or people. When the soul, or part of it, returns in a person, it doesn’t experience pain because it is not aware of its reincarnation – whether it’s here for the second time around or tenth.

But should a soul reappear in one of the lower forms, the journey is accompanied by suffering because it senses what is taking place.

How many reincarnations are possible?

As many as a person needs to complete his overall tikun. But if the person returns three times without forward progress, the sand in the hourglass runs out, so to speak.

How can a person know what he or she should correct during his or her lifetime for a defect in a previous lifetime?

A sure sign is a mitzvah or character trait that a person finds most difficult to master. That is the very thing that needs to be corrected.

The task of the Force of Evil is to prevent a person from gaining this exalted station of completion in order to prevent him or her from reaching perfection and Gan Eden.

To some people, much of this sounds like mystical Hindu philosophy. What are the sources for reincarnation in Judaism?

There is a Midrash that says the Ten Martyrs at the time of Rabbi Akiva were the reincarnation of the 10 brothers who sold Yosef, and their martyrdom was their tikun.

The Arizal clarifies this Midrash by explaining that only nine brothers were involved in the sale, and that Yosef also was reincarnated in the person of Rabbi Akiva to rectify a different imperfection.

Similarly, the Midrash informs us that Eliyahu was Pinchas. All of these esoteric matters are explained in detail by Rabbi Chaim Vital in the name of his teacher, the holy Arizal, in two books, Shar HaGilgulim and Sefer HaGilgulim. In addition, in several places, the Zohar deals at length with this subject, as do other early works of Kabbalah.

What’s the difference between a gilgul and a dybbuk?

According to the Arizal, there are two main types of gilgulim. One is a soul that returns to the world in a new body for the length of that person’s life to rectify itself or others.

The other type is known as an ibor, which comes to the world and attaches itself to someone, like a fetus that lives for a period of time in the mother who carries it. These are most often the souls of tzaddikim who receive permission in the Upper World to combine with the souls of tzaddikim in this world to enable them to perform outstanding deeds.

In contrast, a dybbuk is a lost and suffering soul imprisoned in the spiritual netherworld between Heaven and Earth that is given a respite from its suffering by being allowed to enter the body of a person in this world – causing the host to become emotionally or psychologically unstable.

Some kabbalists attribute all mental illness to this phenomenon while others do not. In any event, the dybbuks that were brought before the Chofetz Chaim and other gedolei Torah in the past generation are generally not seen today.

What is the connection between gilgulim and the Blessing over the Trees that we say in the month of Nisan?

The budding of trees at this time of year embodies the souls that were elevated this year from the mineral to the plant world, and we pray that they merit rectification.

At the same time, we pray that all souls, in their advancement from stage to stage, will also come to completion.

Why are departed parents emphasized in the “yihe ratzon” prayer recited before and after the blessing?

Because parents are the root of a person’s soul. Someone who has already left this world cannot help himself, but a living person can do a great deal for his deceased parents and ancestors through good deeds and prayers.

Can you share some simple kabbalistic insights about Pesach?

From Pesach until Shavuot, a great illumination of chesed (kindness) appears in the world unlike the illumination of din (judgment) that surrounds the High Holy Days of Tishrei.

A simple representation of this is the custom not to eat nuts on Rosh HaShanah since they symbolize sins, while on Seder Night we give nuts to the children at the Seder because the attribute of teshuvah out of love manifests itself strongly at this time, transforming transgressions into merit.

We organize the Seder Plate according to the divine sefirot because of the great world rectification we perform. The three matzot represent the three hemispheres of the brain, chachmah, binah, and da’at. The shank bone on the right signifies chesed, associated with the right arm. The egg to the left represents gevurah, which parallels the left arm. The maror in the center is associated with tiferet, the body.

Similarly, the lower body is represented by the charoset (netzach), karpas (hod), and chazaret (yesod–brit), and the Seder Plate represents malchut, which contains them all, like the attribute of motherhood.

Kabbalists emphasize that the matzot, representing chachmah, binah, and da’at, are to be held above the Seder plate just as the head is raised above the body so that we are guided by our minds and not our lower passions. 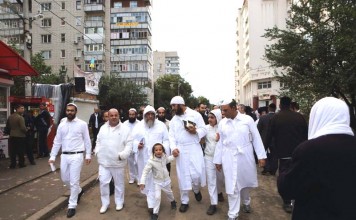