As the American Jewish Joint Distribution Committee’s (JDC) medical director in Ethiopia, Dr. Rick Hodes has been responsible for the medical care of tens of thousands of Ethiopian Jews for almost twenty-three years. Today, although his priority is caring for the dwindling number of immigrants to Israel, Hodes works with mostly children from all populations suffering from malaria, tuberculosis, heart disease, diseases of the spine, cancer and major deformities that defy the imagination.


“Right now, I have an eighteen-year old kid with a huge facial deformity recovering from 24-hour surgery in Munich. Another eight-year-old Moslem boy is in Nahariya undergoing reconstructive surgery after having much of his face torn apart by a hyena. A second kid, who was also attacked by a hyena, is recovering from five hours of skin grafting in Addis Ababa. Two days ago, 11 kids returned from Ghana where they underwent spinal surgery. Nine of them were in traction for months. Ten kids are still in Ghana and 16 are about to leave for Ghana for spinal surgery. I’m following nearly 1,200 spine patients, having gotten over 200 new ones this year,” says Dr. Hodes. At the end of the summary of his coming day’s work, he mentions the few thousand people that he is also caring for. And yet, when I set up a time to speak to him, he assures me that he doesn’t have anything on for the day!

In 1989, when Ethiopia and Israel agreed to restore the diplomatic relations that had been broken off by Ethiopia in 1973, thousands of Ethiopian Jews (aka Beta Israel) flooded to Addis Ababa. A year later, Dr. Hodes, an observant Jew from Long Island, N.Y., was hired by the JDC to be the medical director in Ethiopia and oversee their care. The original six-week contract was to morph into nearly twenty-three years…and Hodes is still counting. “Addis is a long way from Long Island, but I always saw myself as being someone who does things on the fringes,” he says.

Hodes, who holds a degree from the University of Rochester Medical School and trained in internal medicine at Johns Hopkins, has spent time working in Alaska, Albania, Bangladesh, Sudan, Rwanda, Tanzania, and Zaire. In 1985, he went to Ethiopia where he taught for two and a half years at the Addis Ababa University Faculty of Medicine on a Fulbright professorship. In his new position with the JDC, he became responsible for the health of 20,000 Ethiopian immigrants to Israel. “I’ve been the doctor for one percent of Israel before they became Israeli,” he says. But Hodes is no stranger to large numbers. “In Goma, Zaire, I was directing healthcare for 25 percent of the Kibumba refugee camp – that’s 50,000 people,” he says.

During the initial stages of his work in Addis Ababa, Hodes quickly discovered an underlying problem. “When I sat with my patients checking that they were getting the correct medical care and discussing symptoms and illness, I realized that there were a great many more tuberculosis cases than we were addressing,” says Hodes. To treat the hundreds of cases efficiently, Dr. Jack Adler, then medical director of the Bureau of Tuberculosis at the New York City Department of Health, was flown in.

Free time is something that Hodes doesn’t have: he uses it to treat patients pro bono. One day at the Black Lion Hospital, Hodes met Bewoket, a twelve-year-old boy weighing 24 kilos with rheumatic heart disease who had traveled alone 300 kms from Gojjam to Addis when his family decided, after several hospitalizations, that the time had come to leave him to die. Hodes changed Bewoket’s medications, followed up on a major medical error and tracked his progress when he was discharged to Mother Teresa’s Mission, a Catholic palliative-care clinic. When Bewoket fell into a depression, Hodes moved him into his home. Then he sent him to America for heart surgery. “Bewoket is now in nursing school and I’m helping a lot of his family as well,” says Hodes.

What started out as Hodes’ personal volunteer mission developed into a JDC non-sectarian program for which Hodes is constantly raising funds. And he continues to treat mission patients weekly; often without X-rays, lab tests or MRIs, Hodes makes diagnoses and provides as much treatment as possible to these severely ill patients. Where hope still flickers, he will arrange testing and treatment at private hospitals. And often he’ll personally pay for the patients’ food and transportation. Hodes’ patients are a worthwhile investment: on a recent trip to Atlanta, he was reunited with a former patient, Mesfin, who now works as a respiratory therapist. 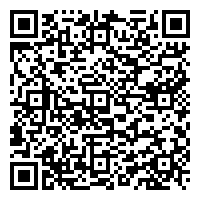