The Yeshiva Hesder program in Israel, is a five-year track which provides post high-school young men with the opportunity to continue advanced Torah studies, while also fulfilling their mandatory army service in the Israel Defense Forces (IDF).

Most of the students who are part of the Hesder program carry out their army service in some of the country’s top combat units and are often among the first groups of soldiers called into battle to defend the State and its borders.

A major focus of Hesder is to prepare their students for their time in the army, when they are forced outside of their yeshiva “bubble,” and often times encounter challenges on a spiritual level, and may have questions in regard to their religious observance in their new army setting.

I spoke with some of the student/soldiers in the Max and Ruth Schwartz Hesder Yeshiva in Sderot, which is the largest Hesder in Israel with some 640 students, with over 140 currently in the midst of their army service.

E.S. (name withheld) who grew up in Moshav Elyakim in the north of the country, is a student at the Hesder in Sderot who just finished a nearly two-year IDF stint serving as a company commander in the Kfir Brigade’s Nachshon Battalion (90th). Kfir is the IDF’s largest infantry brigade.

He said that “Going into the army with my friends from the Hesder, I feel that I grew from a spiritual perspective. In many cases, the opposite happens and people’s observance tends to decline. But we were always there for each other, and pushed each other – both on a religious level and as soldiers.”

E.S. added “It is not the same going into the army with friends from high school. I have developed an even closer bond with my Hesder friends, and the guys who I was learning with – we were then running many kilometers together as part of our training.”

E.S. shared that during last May’s “Guardian of the Walls” Operation in Gaza he was sent to carry out guard duty in the ancient Jewish city of Hebron keeping that town’s community safe.

He said that “During my time in the army, I felt that I was representing the religious Jewish community. Many non-observant soldiers would ask me questions about Judaism, and I was happy to be able to share with them.”

When he finishes his time in yeshiva, E.S. said he plans to study in order to become a high school teacher.

Y.A. (name withheld) another Sderot Hesder student who grew up in Efrat, Gush Etzion, also just completed his time in the IDF serving in the Kfir Brigade’s Shimshon Battalion (92nd).

During his army stint he served as a company commander as well as a medic. He said that “I felt very prepared for the army thanks to the tools I received from the Hesder – the desire to always lend a hand to my fellow soldiers, and the ideological concept of guarding the State of Israel.”

Similar to E.S., Y.A. also felt the support from his fellow Hesder friends and said that he was able to have a positive influence on groups of less religious soldiers.

During his medic’s course Y.A. said that he was studying with a group of diverse soldiers, both religious, and non-religious, and was in a mixed course of both male and female soldiers.

“In that situation, you take the tools you were given at the Hesder in order to prepare and equip yourself to be amongst a diverse group of society in order to maintain your spiritual well-being and create a kiddush Hashem (a sanctification of Hashem’s name),” he said.

Y.A. added that it was helpful throughout his service, and it was very appreciated, that his rabbis from the Hesder would come and visit in order to check up on how he was doing.

Rabbi Ari Katz, the Director of PR for the Sderot Hesder Yeshiva Institutions added emphatically “The yeshiva believes that our soldiers are bringing the Torah values they absorbed in the yeshiva into their army service!”

Katz said “We continue the yeshiva connection even when they’re in the army and that’s why we feel it’s important to stay in touch and visit them periodically.”

Katz explained that when the Sderot rabbis visit with their groups of soldiers, they often give short Torah shiurim (lessons), and deliver treats to the troops.

But perhaps most importantly, they listen to their soldiers’ experiences and offer assistance in any way they can, so that they will continue on a successful path in their army careers.

Y.A. who hopes to pursue a career in the medical field, concluded by saying “For those future soldiers who want a more meaningful army experience, I highly recommend they enter the army through the Hesder program.” 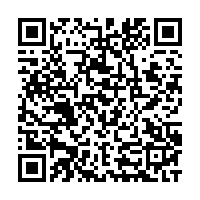