During the Holocaust my grandmother saved herself, her two sisters and her first cousin – with stubborn resolve and steely devotion as her only weapons.

Looking at an elderly person, many people are unable to see inside their shell. After all, what can a withering, old woman teach us? What does she have left to give? My grandmother, Erna (born Farkash, from Hajdunanas, Hungary) Moses-Laufer, one of the oldest Holocaust survivors alive today, actually teaches a lot.


All my life I knew something was “different” about my grandmother and all the cousins from her generation. They didn’t speak English properly – their pronunciation had a certain sound to it, a sound that just, well, sounded like grandmothers. They would get upset about the strangest things. They cried at ordinary events like candle lighting or Kiddush at a Pesach Seder. They always, always came to shul for Yizkor – that part of davening always had a very full house!

They seemed to migrate to only their own. They had no pictures of their past. And they had an obsession about both food and cleanliness.

When I got a little older, I learned that all my older relatives had lived through the Holocaust. My mother sent me to numerous Holocaust movies, many of them unedited, none of them as well-done (or too well-done?) as the ones of today are, had me read books. I was more than just fascinated; I was obsessed with reading what happened to others. I would dream these things, feel I was there too. And one fine day I began to realize – these stories I am reading are not about old people, those that I saw today as old grandparents, cousins and great aunts. Those stories happened when these same people were – gasp! – my own age! Or even younger!

It forced me to really think – could I have done what they did? Lived through all that? Been so incredibly starving, naked, bereft of everything – and yet still live through the next day?

Back then, my grandmother of 25 was sent with her three sisters and a first cousin to the ghastly barracks of Auschwitz. Upon arrival, her father and older sister along with that sister’s only son, just four years old, were immediately sent to the gas chambers. She and her other two sisters plus her cousin were pushed into the line for work, to life. Her brother, who also survived, was sent to another area. And their worst nightmares began.

From a basically comfortable home with their own garden, in which they worked to create their foods, they were thrust into the horrors of Auschwitz. Every day the Nazis would give them only one paper-thin slice of bread, and then send them off to harsh manual labor, to which they marched back and forth to each day. There was no other food, aside from some kind of watery substance the Nazis mockingly called soup, with who knows what floating inside it. But in my grandmother’s words, “If you wanted to survive, you clamped your nose shut with your fingers and you swallowed it.”

My grandmother appointed herself the guardian of her sisters and cousin – now a sister in suffering. She insisted that they stay together, that they watch over each other. She insisted that they not eat their bread, despite their intense, desperate hunger, when they received it in the morning. She urged them to save their bread for after their harsh labor, feeling it would keep them alive longer. Not sure that her younger relatives would be able to withstand their own hunger she also insisted that they give her their portions of “bread” for safekeeping. Somehow they did. And even though she was just as starving as they were, she never, ever took even one crumb of anyone else’s bread to herself. Religiously she would give it out to them when they got back to their barracks. And together, supporting each other, this is how they survived.

I’ve grown up with my grandmother as a very central figure in my life, all of my life. It took me years to appreciate her unique qualities – she never went to college, she didn’t look American, she always seemed somehow “old.” All of her life she worked hard, very, very hard; she supported my grandfather, her first husband, in everything he did from the moment they were re-united until the day he died. Even when they became wealthier, she still did everything herself and I do mean everything – shining chandeliers, ironed underwear, her own brand of cooking and baking, mopping the floors literally on her hands and knees and only later on with some kind of mop – all herself. Even when she became elderly, she would knead her own challah dough until her hands were so arthritic that she couldn’t anymore, somewhere in her 90’s! And G-d forbid that there was ever even one dirty dish in the sink at any time. In fact, even her dishwasher, acquired only much later in life, never really saw a dirty dish – she had to “just rinse them off” first.

But dedication to family? This was larger than life to her, her raison d’etre for living, her motto from her early years in Europe, through the war itself and onwards throughout her own life. No matter how hard anything was, she pushed herself. She could never do less. She pushed herself to make sure her sisters would survive, even if it meant denying something to herself. She pushed herself to get up each day and make sure they were all together. She pushed herself, weak and sick, to physically carry her cousin Motza on her back during their last death march to Bergen Belsen, so she would not be shot or left to die – and survived. She pushed herself to somehow restart anew in the DP camps, contacting others to see where her betrothed, my grandfather had been and if he survived, and living their first few years in those same DP camps. And she pushed herself, and my grandfather as well, through poverty, through starting over in a new country that was so drastically different from what she’d left behind, to starting their own business, which they did. And it prospered, with their partners being their other surviving siblings – of course.

And when my grandfather died when she was in her early 60’s, she mourned him deeply – she still mentions him today – yet pushed herself to start again because life isn’t life without a husband and the ability to word hard to make a home.

Today my grandmother is still with us, bli ayin hara. I won’t say an exact age but that centennial mark is not that far off anymore. She can still converse, even if she cannot take care of herself the way she used to. But even so, her tenacity is still there. My niece, one of her many great-grandchildren, recently interviewed her on video with a team of other teens as a Holocaust memorial project for their school and even though Bubby was so so nervous she told her aide what she wanted to wear, and even had a dab of makeup put on. She pushed herself yet again to tell her own testimony because her great-granddaughter wanted her there. Because she still has that inner drive to tell over what happened; because she just had to push herself.

How does a person continue to do all this throughout their life? What impact does it have on her future and her generations? In today’s laid back society, with a generation that does not like to work hard, this old fashioned mentality is dying away. Does anyone today really want to “push themselves” to go that extra mile for the next one? And would we do it under such intense situations?

I can honestly say that my grandmother’s quality of pushing herself to the max for her sisters and family has quite openly impacted the way I think and see my own children and their struggles. It does help me get up in the morning when things are hard – after all, how hard could it really be next to what she and her generation had to wake up to every day – and it often shapes the way I think when things are taxing or physically difficult. Most of all, it makes me so, so appreciative, because even though Bubby can no longer “do anything,” as she puts it, just having her with us is its own message. And I hope G-d will let her be with us even longer, as she and we all await the birth of her first great-great-grandchild with another on the way shortly afterwards. Her ultimate revenge to the Nazis of that generation; our ltimate answer to the enemies of every generation. 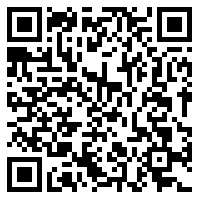