With almost all of world Jewry located in liberal democracies today, it is easy to forget that a mere 25 years ago, 1.5 million Jews lived under a totalitarian Soviet regime that suppressed Judaism. In the Soviet Union, even procuring a siddur or Jewish calendar could be a clandestine affair filled with fear.

This history is not unknown, but in a recently published memoir, Serving the Jewish People: My Message to the Generations, Rabbi David Hill offers his perspective as an American Soviet Jewry activist. A nonagenarian today, Rabbi Hill served as vice chair of the National Conference on Soviet Jewry and ran Operation Lifeline, which sent American Jews behind the Iron Curtain to teach Torah and distribute religious articles.


Rabbi Hill also headed the National Council of Young Israel from 1961-1965 and was president for several decades of the Real Kosher Sausage Company, popularly known as “999.”

The Jewish Press: How did you get involved in helping Soviet Jewry?

Rabbi Hill: Around 1960, I met with Golda Meir, and she wondered why nothing was being done in America about Soviet Jewry. I told her I would make this my priority.

And that ultimately led to Operation Lifeline?

Operation Lifeline started after I met the Lubavitcher Rebbe a few times. I was the first person whom he allowed his followers to give names and addresses.

After all, you just couldn’t go to Russia and say, “Who’s a Jew? I want to help you.” But Lubavitcher chassidim were spread throughout the entire country. They were the only ones who kept any sort of Yiddishkeit alive from the time of the Bolshevik Revolution. The Lubavitcher Rebbe instructed his chassidim to keep on working and building the underground until help would come from the outside.

Was it dangerous to send American Jews to the Soviet Union to teach Torah?

Absolutely. If the KGB caught them teaching Torah or anything that had to do with the history of our people, they could be arrested. Whatever we did in visiting the refuseniks was illegal, but we were extremely fortunate in that no harm was done to those we visited.

The KGB wasn’t stupid. It must have known what you were doing. Why then did it allow your people to come into the Soviet Union?

Because they were hungry for the dollar. They knew what we were doing, but somehow from all the years that I sent travelers to Russia, on only one occasion did they send someone out.

When you visited the Soviet Union in 1981, you met Rabbi Abraham Meller, whom you describe as the last student of the Chofetz Chaim. What were your impressions of him?

He could not teach Torah publicly, so he would walk with his students on the street and teach them as they walked. He was a person with a great amount of, not only knowledge, but also humility. The only thing he wanted from me was more paper and pens and kosher food so that he could have something kosher for his Shabbat meals….

When I went to the Soviet Union, we had 2,000 Jewish books which we brought for the Moscow Book Fair. We were not allowed to give them out, but as people came to visit our booth, they would point to the books they wanted and then my wife would meet them 100 or 200 yards away from the fair and make the deliveries.

In all your years of activism on behalf of Soviet Jewry, which American president would you say was most helpful?

Ford was helpful. Of course Reagan, with Secretary of State George Shultz, was the most helpful. At first when Reagan met with Gorbachev, human rights was on the lower part of the agenda. But it eventually became number one, and that was due to Secretary Shultz. Gorbachev said to Reagan, “Let us address arms,” but Reagan said, “No. Human rights first.”

You have an interesting story in your book – albeit unrelated to your Soviet Jewry activities – concerning President Carter’s national security adviser, Zbigniew Brzezinski.

When Carter was signing the Panama Canal Treaty, he wanted the clergy in this country to give him support, so I was invited. When I met Brzezinski in the White House, I asked him, “Do you believe in the Old Testament?” He said, “Of course.” I said, “Well, in the Book of Genesis you have the boundaries of the state of Israel.” The minute I said that, he picked himself up and walked away. 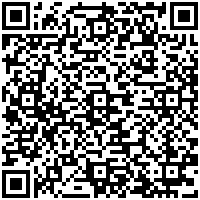