Imagine, for a moment, that you are a little boy on the first day of first grade at school, just a slip of a kid sent out with a lunch packed by Mom and maybe an admonition from Dad to be good, ‘cause you’re a big boy now.  You sit with 40 other wide-eyed little kids in a classroom, looking at the teacher.  There is only one thing that separates you from the others, which you are about to find out for the very first time, a painful piece of knowledge that will come up again and again throughout your life until, along with the pain, comes great pride.

The teacher smiles and says, “Let’s go around the room.  Each one of you will stand up and say your nationality.”

“I’m Ukranian!” says the next kid.

“I’m Russian!” says the one after that.

And so it goes, 39 answers shouted out with pride until it comes your turn.  You already understand that if you are to tell the truth, your answer will be different from everybody else’s – because the one thing that separates you from the others is that you’re a Jew, the only one in the class.

“I saw my father before my eyes – like Yosef HaTzaddik.”

Yosef Mendelevich, now in his sixties, recalls the moral dilemma he experienced on the first day of first grade in the Soviet Union, all those years ago.

He remembers thinking, “Why does a small child have to tell his nationality?  I’m a Soviet citizen – that’s not enough?  I speak Russian just like them!  Nobody knows I’m Jewish.  I can stand up and tell a lie.”

They heard.  His words unleashed a mini riot in the class of six-year-olds, all of them yelling “Zhid!  Zhid!  Jew!  Jew!”

“I ran away, crying,” says the man with the long white beard, now known as “Refusnik” Rabbi Yosef Mendelevich.

When Yosef would grow up, his internal passport, required for every Soviet citizen, would be stamped on the infamous Line #5 stating nationality: EVREI (JEWISH).

“I had discovered, in my soul, that the only way to look for help was to pray. This was how I discovered G-d.”

In 1957, when Yosef was ten years old, his father was arrested and tried for “economic crimes” (selling a few grams of lead on the black market).  Khrushchev had made stopping this type of crime into a crusade – with Jews, primarily, as his targets to be accused, arrested, tried, and sometimes executed.

On the day of the trial, he accompanied his mother and sister to the court.

“I felt that I could do something, I could help my father!  So I prayed, ‘Please, please, help my father! I promise You I’ll be a good boy! Just help my father get out from the prison.’  Nobody had taught me to pray!  [Yosef grew up in a secular Jewish home.]  I had discovered, in my soul, that the only way to look for help was to pray. This was how I discovered G-d.”

Moshe Mendelevich was convicted and sent to prison. After a year and a half, another trial was held and this time Moshe was pronounced innocent, acquitted, and allowed to return home. His wife Chaya, Yosef’s mother, became depressed, believing nothing would improve, and she died of a broken heart. 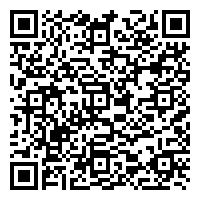